Hyderabad Baseball Club is fuelling the baseball culture in the city, dreaming big for India

Baseball is not a sport that many play or even watch in India but it has plenty of backers who can vouch for its great potential in the country. Owing to its size and the bat & ball culture in this country, baseball holds a lucrative unlimited scope to be a main sport. The Amateur Baseball Federation of India was founded in 1983 and India's first national baseball championship occurred in 1985, taking place in New Delhi. However, the sport is yet to make its graduation to the professional level. The Hyderabad Baseball Club (HBBC) has taken a vow to popularise the sport in the city and create a professional ecosystem for the sport, which can churn out international-level players.

Hyderabad and Secunderabad has a long history of baseball, which thrived particularly during the Information Technology boom at Silicon Valley of the US. In a conversation with Unpendranath Nath Challu, CEO of HBBC, "Baseball in Hyderabad can be traced back to somewhere around the late 1980s, particularly in Secunderabad. There were tournaments regularly conducted at the undivided state of Andhra Pradesh. A huge number of people shifted their base to the US owing to the Silicon Valley opportunities in the 1990s, and that's where they got their exposure to baseball. They came back to India at one point of time and started building the baseball culture here. In Secunderabad, people took great interest in promoting the game," said Mr. Challu.

The HBBC was shaped recently to take competitive baseball to the next level in the city and building a better professional culture in the game. "So far in India, we only have amateur baseball. While other sports are getting more professionalised. We thought of building the same culture in baseball where we strengthen our locals to become good players. The HBBC is in its formative stages. We are eagerly waiting to start a baseball club, which eventually hit a bit of a setback owing to COVID-19."

While elaborating on the club operations and benefits Praveen Reddy Chintala, the club COO said, the HBBC is intending to take the baseball sport to its optimum level where it is rewarding in more than one way to the players. Mr. Praveen desires to make baseball financially rewarding, similar to the status of Kabaddi in the country now. A player who is good in a bat and ball game has a good prospect in baseball. Basically, it requires good hand-eye coordination. The club's ambitious program is inspired by Japan, which once was a non-baseball playing country, but today they are one of the leaders in the game. 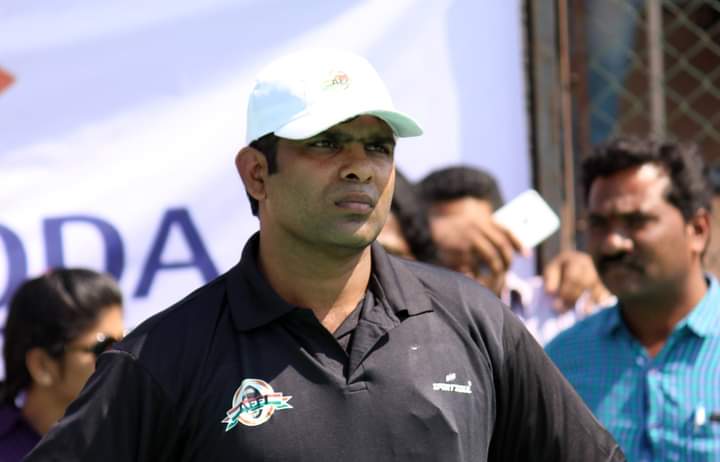 The club is focussing at the grassroots U-14 and U-16 age group to scout talented players from, rural and semi-urban cities. They are in talks with other cities to strengthen the new professional baseball confederation i.e. Confederation of Professional Baseball and Softball Clubs in India (CPBSC India), a self-governing baseball & softball regulatory board. Further to that Dream Olympic Sports is supporting them to connect with the sports investor community into the baseball from Japan and Australia, the organization who is instrumental in formulating a premier baseball league in India, called Premier League Baseball (PLB).

On a query regarding the motivation behind establishing CPBSC India, Rajender Lamge, Director – Baseball explains that, “Every state has a baseball state association, but the reason that they are not able to bring out the talent is because they don’t have the necessary support to nurture the top talent. In comparison to sports structure and systems outside, India lacks a strong club culture and as opposed to academies whose role is limited in making the players train. “If India needs to flourish in sports, we need to have the strong club culture more than an academy and our focus is to help build the club culture and people will develop in all paths at a club. We want to pioneer in the development of baseball and make sure that there is a comprehensive structure for the players to excel’’. Mr. Rajender has been working on baseball and softball development in India, for three decades and was the first Indian team captain for Baseball India. An event with children representing HBBC

Speaking to Karthik Yanamandra, Head Business Development at HBBC, The Bridge learnt about the comprehensive plan drawn out by them. HBBC is converting eleven-acre ground at Hyderabad outskirts into an exclusive baseball park, and to support baseball front office operations, the club will be set up inside a centrally located shopping mall where anyone can visit and experience the sport. Besides promoting the sport, the target will be to create an environment for professional players where they would not only practice but harness their professional career. The baseball club facility inside the shopping mall will be an integrated baseball facility where people will be able to learn the technicalities of the game through high tech simulation pitching & speed sensor equipment. The baseball enthusiasts can enrol themselves to monthly or quarterly subscription to train at the centre.

In order to further promote the sport, HBBC will reach out to schools of Hyderabad, tier-2 and tier-3 cities in both Telangana and Andhra Pradesh states to engage with students and help them build interest in the sport, eventually creating a whole new eco-system for the sport. 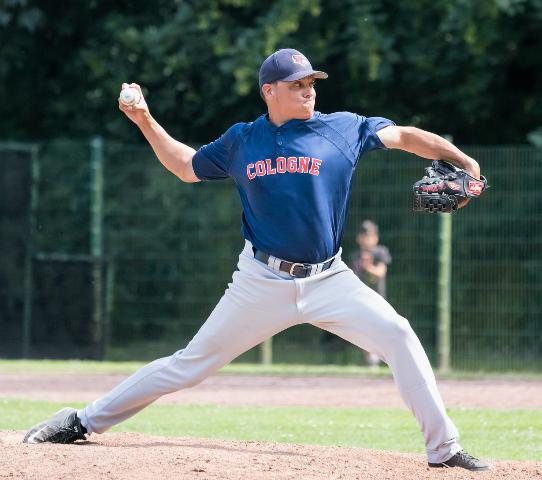 The HBBC has roped Carlos Mirabal as their head coach who is a former professional baseball pitcher in the US playing between 1996 and 2008. Mirabal played for the Altoona Rail Kings of the North Atlantic League in 1996. From 2000 to 2005, he played for the Nippon-Ham Fighters in Japan's Nippon Professional Baseball. From 2006 to 2008, he played with the Atlantic League's Newark Bears winning the league Championship in 2007. "I have a passion for baseball and I will ideate to help grow baseball in India, from the youth level to a professional level, to competing for professional level on the international stage and also giving opportunities for younger kids to see a future that they can have in professional baseball. So they can all start to learn how to grow from the youth level and have an opportunity to continue baseball at higher levels," said Mirabal .

Talking about the potential of Indians in baseball, he continued, "I think there is a potential for a lot of professional baseball players from India. I spent most of my time playing in Asia, three years in Taiwan, six years in Japan. I've played in Puerto Rico. And so I've seen many different countries taking up the game. So that's the whole plan for India is to try to really introduce baseball, with the higher-level expectations so that the youth all the way from the university level can look forward to an opportunity to play baseball."

The HBBC is rearing to dedicate its 100% to develop baseball holistically in the city, which can go in the long run to build the baseball culture in India, and we might be seeing our first Professional Baseball League in a few years.

You can follow updates of the Hyderabad Baseball Club here: