Tokyo Olympics: Who is the coach of PV Sindhu?

Know more about Park Tae-Sang who lies behind PV Sindhu's exceptional growth as a player and the person responsible for her World and Olympic successes.

PV Sindhu was on a dream run until Tai Tzu Ying, the current World No. 1 pulled off an upsetting loss against the World No. 7. She defeated the Indian shuttler by 21-18, 21-12 with exceptional drop shots and her deceptive gameplay. However, immediately bouncing back from that loss, a very clinical PV Sindhu made her way to her second Olympic medal as she clinched the bronze by defeating China's He Bingjiao in the Bronze Medal clash. With this win, PV Sindhu becomes the first Indian woman to win 2 Olympic medals - a rave feat that places her firmly in the history of Indian badminton and its greatness.

But it is not Sindhu alone who reached this stage, it was her coach alongside who mentored her throughout. You might have seen the reaction of her coach when she won the quarters against Yamaguchi which evoked a lot of Twitterati reactions but wait, wasn't it Pullela Gopichand when she won the silver medal? Yes, he was but since 2019, PV Sindhu has been training under her new coach Park Tae-Sang, who has been a professional badminton player from South Korea.

Keep an eye on Park Tae Sang in the rally. The reaction as Akane nets the shuttle is priceless.

I don't follow other sports very closely but in Badminton, coaches share a very special relationship with players. I am sure it's true for other sports too pic.twitter.com/LOiFOCNxUm

Park is the South Korean shuttler who was the quarter-finalist at the Athens 2004 Olympics. He has also been the bronze medalist in mixed team events and became the Asian Games Champion with the South Korean men's team in 2002 Busan. Aged 42, he has been guiding PV Sindhu with his wide knowledge of the game and exceptional expertise for her to perform the best at the Tokyo Olympics.

Sindhu's performance meant so much to him when she won the quarters because of the horrors of his exit in Athens. The runner-up of the IBF World Grand Prix has worked on the motion skills and technique of Sindhu since 2019. 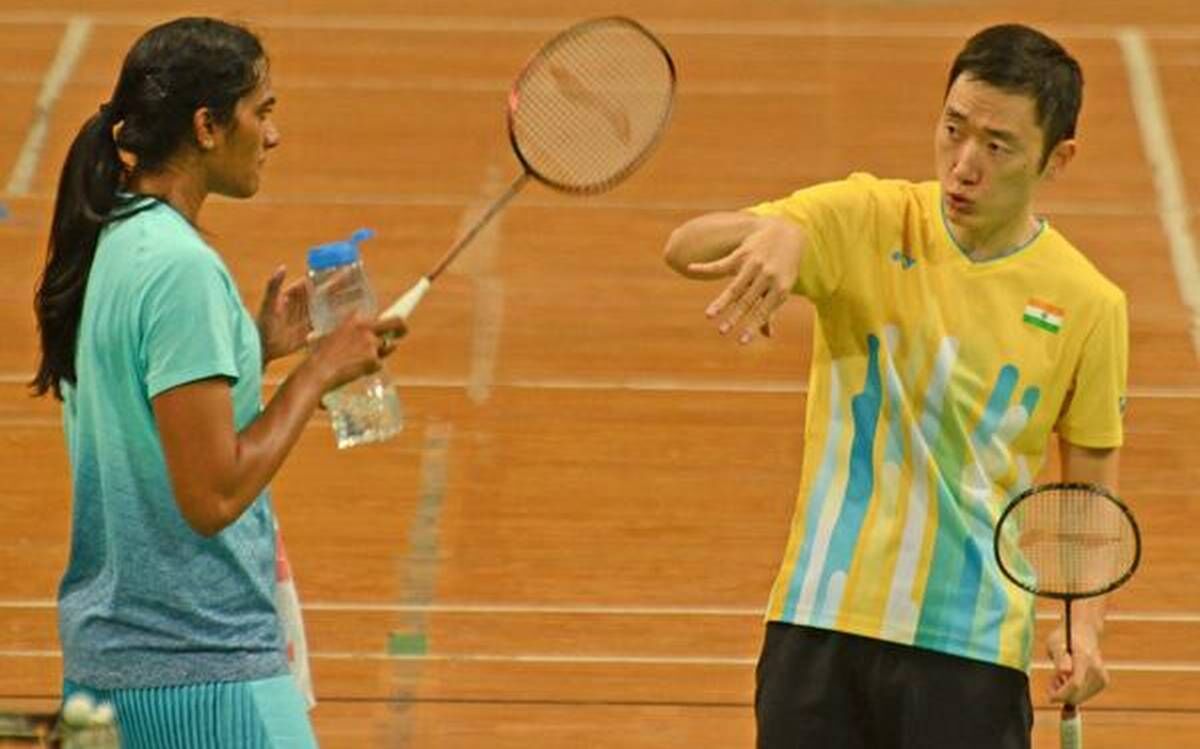 According to Sindhu, Park Tae Sang has been a constant source of motivation for her as they have established a successful partnership which had helped her to transform her game. Park is a good strategic coach who holds half the credit for Sindhu's performance at the Tokyo Olympics.

Just as PV Sindhu reached match point during her bronze medal clash against He Bingjiao, Park's reaction was priceless as his pupil erupted with joy - this was a journey they had both traversed and the victory was much-awaited!

What a moment! What a roar they let out at the end! Congratulations @Pvsindhu1 and coach Park Tae Sang, and everyone who played a role in winning this medal ❤️🎉 #PVSindhu Vs #HeBingjiao #parktaesang #Tokyo2020 #Badminton

Why the shift from Pullela Gopichand to Park?

PV Sindhu bagged the silver medal at Rio under the guidance of Gopichand but she decided to change her location to Gachibowli stadium during her preparation for the game and coached under Park. Gopichand has been instrumental in the success of the now experienced player and stands as an inspiration to train and inspire many shuttlers in India.

#Sindhu has fantastic genes. She was dedicated towards achieving something in Rio: Gopichand https://t.co/OcBIt23Upt pic.twitter.com/exkya6FgWv

Though Sindhu had other plans as she wanted to solely focus on her game with Park who she believed has brought drastic improvements to her game. Her decision to shift from Gopichand Academy to Gachibowli was that this stadium was more suited to international standards and will help her perform better at the Olympics. It came as a shock to many but the exceptional quality is visible in her gameplay now.

The credits of her career's success go to both of her mentors Pullela Gopichand and Park. Sindhu has also clarified that she will continue to train under Park Tae-Sang even after the Tokyo Olympics.