Sindhu will have an advantage at Tokyo Olympics— Gopichand 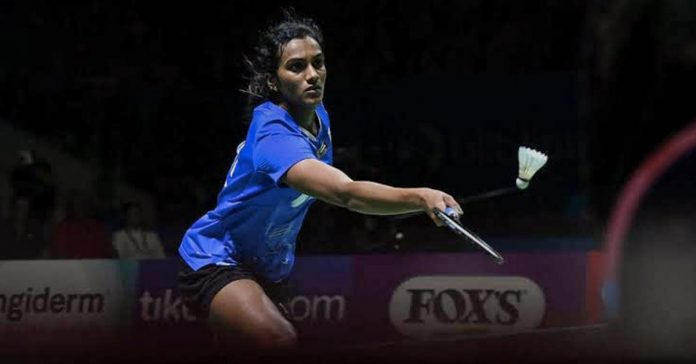 India’s badminton great Pullela Gopichand’s contribution has been a vital cog for India’s success in the sport at global stages. Besides being one of the best players of his time, his dedication to the game has been proven through training the present stars like Saina Nehwal, P V Sindhu and Kidambi Srikanth.

Gopichand, who recently attended the India Today Inspirations conclave hosted by sports journalist and author Boria Majumder, told that he expects PV Sindhu will win a medal at the Tokyo 2020 Olympics and she will go as a favourite among the medal contenders as Tokyo’s slow court will favour Sindhu’s way of playing.

“Sindhu walks on with an advantage as the conditions in Tokyo are slow,” the Dronacharya awardee said in the interview. He added, “Saina also has a chance of qualifying for the Olympics and could be a medal prospect if her fitness improves 10%.”

In the race for Indian shuttlers qualifying for the 2020 Olympics, India’s no.1 badminton player PV Sindhu remains at the top.

The 24-year-old 2016 Olympics silver medallist is currently sixth on the BWF Olympics rankings list (updated on January 28, 2020-week 5) and is eligible for the direct qualification quota of the 2020 Olympics, if the rankings remain the same until April 30, 2020.

Playing 14 events in the scheduled qualifying period, PV Sindhu has amassed 67,754 points averaging 4,839 points per tournament. Further helping her cause is Japan’s fifth-placed Akane Yamaguchi, who will be getting host NOC’s automatic qualification quota.

Sindhu on in an interview with PTI, spoke about her fitness and said proper planning and picking the right tournaments will be crucial to succeeding at the Tokyo Olympics.

Wary of the COVID-19 threat, Olympic hopefuls Chirag Shetty and Satwiksairaj Rankireddy will wait for another couple of weeks before deciding on joining the...
Read more
Badminton

World champion P V Sindhu, along with B Sai Praneeth and N Sikki Reddy, hit the courts for training on Friday under strict safety...
Read more
Not The Olympics

Not the Olympics | Day 15: Punia & Panghal are hot favourites for medals

Four months after the International Olympic Committee and officials in Japan postponed the Games amid soaring coronavirus infection rates and lockdowns across the world,...
Read more
Not The Olympics

Four months after the International Olympic Committee and officials in Japan postponed the Games amid soaring coronavirus infection rates and lockdowns across the world,...
Read more
132,479FansLike
12,795FollowersFollow
7,392FollowersFollow Press Trust of India - Modified date: August 3, 2020
Shiva Keshavan, the first Indian representative to compete in the luge event at the Winter Olympics, has been appointed chief coach as well as the High Performance Director of the national team by the Luge Federation of India. In a letter addressed to the Arjuna...
Read more