New Delhi, July 24, 2019: Both Maisnam Meiraba and Malvika Bansod had to dig deep to notch up thrilling wins as the Badminton Asia Junior Championships 2019 (Individual Event) got under way at Suzhou, China on Wednesday.

Junior World No. 14 Meiraba, who was India’s best-performing Indian in the team event, needed 59 minutes to stave off the challenge of Korea’s Sang Yong Park 21-18, 17-21, 23-21. The in-form Meiraba, who had won the Russian Junior White Nights tournament right before coming to the continental event, has a tough task up next as he faces the top seed and world junior champion Kunlavut Vitidsarn in the second round. 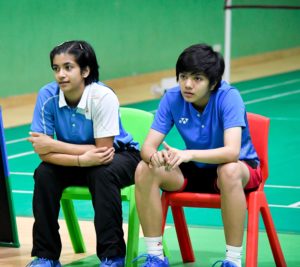 In girls’ singles, Bansod, ranked 83rd in the world junior rankings, showed her guts and resilience in her 21-11, 19-21, 21-19 upset of World No. 40 Thi Anh Thu Vu of Vietnam that took 54 minutes. Like Meiraba, she too faces the top seed Phittayaporn Chaiwan in a tough second-round clash.

Sankar Muthusamy Subramanian was relentless in his 21-1, 21-10 demolition of Bangladesh’s Md. Abdul Hamid Lukman while Sathish Kumar Karunakaran held off a late surge from Sri Lanka’s Lochana de Silva for a 21-9, 21-17 victory.

In doubles, Dingku Singh Konthoujam had mixed fortunes. He and Ritika Thaker beat Koreans Min Woo Noh and Kora Young Kim 22-20, 21-18 to enter the second round of mixed doubles where their journey came to an end at the hands of Mohammad Rezky Alfarez and Nahla Aufa Dhia Ulhaq 12-21, 16-21.

While Konthoujam and Manjit Singh Khwairakpam fared much better in boys’ doubles and prevailed over Singapore’s Weng Soong Darrion Michae Ng and Yi Ming Justyn Sim 21-8, 21-14 to reach Round 2, the other two men's doubles pairs of Ishaan Bhatnagar and Vishnu G, and Ravi K and Manav R received walkovers in the first rounds.

Having bowed out in the quarter-finals of the team event, Indian shuttlers are hoping to finish among the medals one year after Lakshya Sen won the boys’ singles gold.