Gopichand is also pretty confident that Sindhu will be back in form ahead of the Olympics.

Chief national coach Pullela Gopichand did not deny that a busy BWF itinerary is causing problems, but at the same time, he has faith in PV Sindhu’s calibre to adapt herself to the demanding schedule. 2019 was one of the lowest points of Sindhu’s career. She did win the World Championships gold but not any other tournament.

“I think the crammed schedule is a problem for the top players, but also to be fair, I think the whole world it’s it has been an issue,” Gopichand told PTI.

“As a top player, it’s her (Sindhu) duty to adapt without complaining. So I think, yes, Sindhu is working on some of those mistakes, and hopefully, we’ll be able to sort it out.”

Gopichand is also pretty confident that Sindhu will be back in form ahead of the Olympics.

While Sindhu already has a ticket to Tokyo, Saina Nehwal and Kidambi Srikanth can go through if only they win in a couple of upcoming tournaments.

The duo suffered opening round losses at the Thailand Masters and are currently placed at the 22nd and 26th spots respectively in the Olympic Qualification Ranking. Each country is allowed only two singles quota if their ranking is inside top-16 and the cut-off date for the same is April 28.

“I think it’s it’s about seven tournaments going into the Olympic qualifications, I think they will need to perform really well to qualify for the Olympics,” Gopichand said.

“And they are at the moment of borderline, one or two good performances can clearly put them in a good space to qualify for the Olympics,” he added.

Indian tennis player Prajnesh Gunneswaran overcame a sluggish start to advance to the second round of the French Open men's singles qualifying event but...
Read more 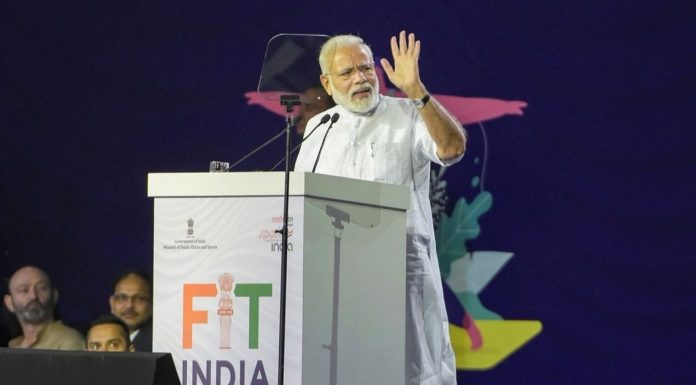 Press Trust of India - Modified date: September 21, 2020
Prime Minister Narendra Modi will interact with fitness influencers and citizens during a nation-wide online Fit India Dialogue which is being organised to celebrate the first anniversary of the Fit India Movement on September 24. Those who will participate in the interaction include the likes...
Read more