Pramod, affected by polio since childhood, has been in a phenomenal run this year, winning 21 medals including 11 gold international medals. 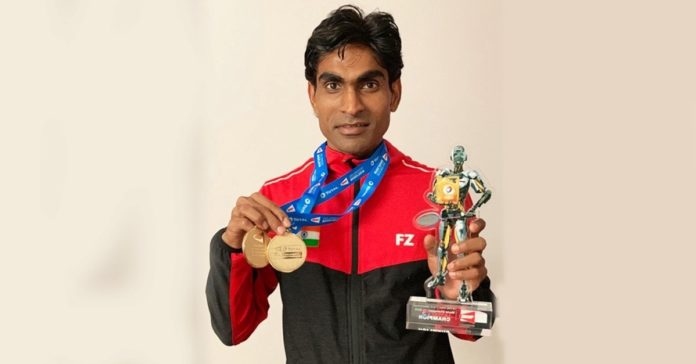 Pramod, affected by polio since childhood, has been in a phenomenal run this year, winning 21 medals including 11 gold international medals, along with two gold and a bronze in the National Para-Badminton Championships. The Odisha player started the year with a triple haul in the IWAS World Games, bagging gold in the singles and mixed doubles events along with a silver in doubles. He bagged yet another gold in the SL3 singles event in the Turkey Para-Badminton International and returned with a bronze in the doubles event.

The other events where he won a gold medal include Fazza Dubai International, Uganda Badminton International, Irish International, and China International. Pramod also created a flutter when he bagged a doubles crown after winning both the men’s SL3 singles and SL3-4 doubles events in the BWF World Championships in Switzerland. His feats, though, were overshadowed by P V Sindhu’s historic gold in the event as well.

Also read: Satwik-Chirag nominated for Most Improved Player of the Year award

Pramod further reached the finals at the Canada International and Thailand International (silver in both singles and doubles) and most recently won a silver in the Japan International, a Test event for the Paralympics 2020. Pramod had won a gold in the single’s event at the Asian Para Games held in Jakarta last year and wonderfully carried his form into 2019 as well.

The awards will be given during the BWF World Tour Finals, scheduled to begin from December 11.

Team Bridge - Modified date: July 8, 2020
In case you have tired of typical bookie's design heaped of ads – you definitely should pay your attention to 4raBet. An innovative bookie, with minimalistic user-friendly website, as well as mobile app, who's line consists of dozens sports disciplines and activities. Beyond them: ...
Read more