Star young shuttler Lakshya Sen, on Sunday, won his first-ever senior BWF tour title by beating World No. 160 Yusuke Onodera of Japan in the final of the Dutch Open Super 100 in Almere, Netherlands. This was also the third BWF tour men’s singles title won by an Indian this year after Sourabh Verma’s wins at Hyderabad Open and Vietnam Open.

The 18-year-old, who won the Belgian Open last month, lost the first game before making a comeback and outplaying his Japanese Opponent 15-21, 21-14, 21-15. With this win, Lakshya is set to get a huge boost in his rankings which should see him break into the top-60 for the first time.

In the first game, Lakshya, who is ranked 72 in the world, started off on the back foot and conceded a five-point lead. He did not seem to be at the top of his game as he made several errors, it appeared as though he was a little bit nervous, the match being his first tour final. Yusuke, on his part, dominated the net area and dictated the play for most of the first game. He took just 18 minutes to take a 1-0 lead in the final.

At the end of the first game, coach Morten Frost was seen encouraging Lakshya to attack more, to force his opponent to make mistakes. Indeed, in the second game, the Indian upped the ante and started playing with more intent. He had a four-point lead going into the breather at 11-7 and went on to convert it into a 21-14 win, thus levelling the tie.

There on, with momentum by his side, Lakshya looked unstoppable. He took a healthy five-point advantage with the scores reading 9-4 in his favour. The Japanese tried to fight his way back in but every time he was overwhelmed by Lakshya’s solid defence and deceptive gameplay. Eventually, it was Lakshya who had the last laugh.

Through the week, Lakshya had been on a superb run of form, dropping just one game on his way to the finals.

In the semifinals, the Almora-born shuttler beat Felix Burestedt 21-12, 21-9 in a contest that lasted only 33 minutes. It was neck-and-neck between Lakshya and Felix during the first part of the match but the Indian was able to gain some momentum and wrap it up.

Earlier, Lakshya had claimed a 21-9, 21-16 win over compatriot BM Rahul Bharadwaj on Friday night in the quarters. The only game he had dropped before the finals came in the match against Brazilian shuttler Ygor Coelho in the Round of 16. After losing the first game, Ygor rallied back to force a decider but eventually lost 13-21, 21-16, 10-21. 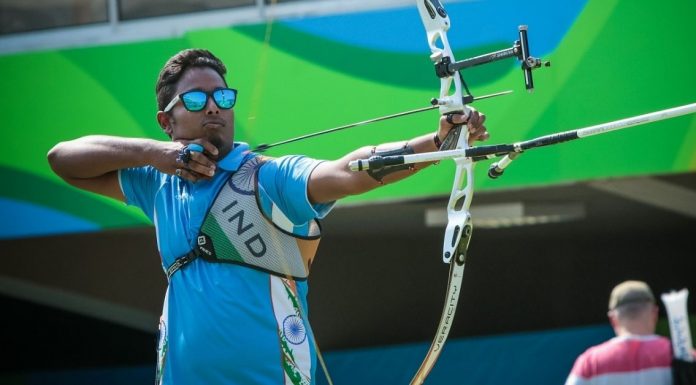 Press Trust of India - Modified date: September 22, 2020
Indian archer Atanu Das has vowed to dish out his best performance at next year's Tokyo Games, saying he is much better prepared, having worked on various aspects of his game after an ordinary outing at the Rio Olympics. The 28-year-old Das went down...
Read more