Olympic hopefuls Kidambi Srikanth and Saina Nehwal were on Wednesday handed decent draws at the Denmark Open Super 750 tournament which will mark the restart of the adjusted international calendar after a coronavirus-forced hiatus of seven months.

Former world number one Saina and Srikanth will resume their hunt for valuable ranking points to inch closer to their Tokyo Olympics dreams when the USD 750,000 tournament, the only event to take place since the All England Championship, begins on October 13.

Srikanth, a Rio Olympics quarterfinalist, will open against England’s Toby Penty and may face fellow Indian Subhankar Dey in the second round. Subhankar will take on Canada’s Jason Anthony Ho-Shue in the first round. The world number 14 Indian, a title-winner here in 2017, may face second-seed Chou Tien Chen of Taiwan in the quarterfinals if he can register two wins in the earlier rounds.

For world number 20 Saina, France’s Yaelle Hoyaux awaits her in the women’s singles opener and she is likely to meet local favourite Mia Blichfeldt, seventh seed, next. If the 2012 London Olympics bronze medallist crosses the hurdle, she is expected to face fourth seeded Michelle Li from Canada.

Among other Indians, Saina’s husband and former world number six Parupalli Kashyap, who has been bullish about his Olympic chances being world number 24 currently, will open against Japan’s Koki Watanabe. If he wins, the London Olympics quarterfinalist is likely to face world number one Kento Momota. It will be a big opportunity for young Lakshya Sen, who had created quite a flutter with multiple title wins last year. He will start off against France’s Christo Popov, who won the first medal for his country at the World Junior Championships last year. A win is likely to pit Sen against fourth seeded Japanese Kanta Tsuneyama. Former world number 13 Ajay Jayaram will face third seeded local hero Anders Antonsen.

The adjusted international calender was earlier scheduled to start with the prestigious Thomas and Uber Cup Finals, followed by the Denmark Open and Denmark Masters. But the men’s and women’s team event, scheduled to be held from October 3 to 11, was deferred until 2021 after several teams pulled out due to safety concerns in the wake of the pandemic. However, Denmark Masters, scheduled for October 20 to 25, has been cancelled. The world body (BWF) recently postponed the Asian leg of the world tour, including three back-to-back events in November, to January next year in Bangkok. Two of the tour’s Super 1000 tournaments will begin on January 12 and 19, while the World Tour Finals will be held from January 27 to 31.

Also read: Move beyond cricket, India’s next generation of Olympians is here 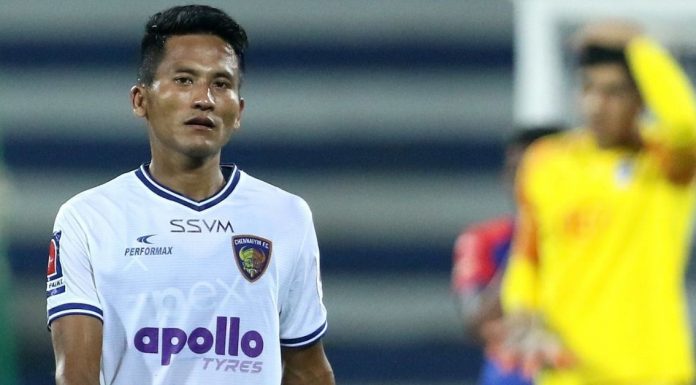 Press Trust of India - Modified date: October 26, 2020
Indian Super League franchise Mumbai City FC on Monday confirmed the signing of defender Tondonba Singh ahead of the upcoming season, starting on November 20. The 25-year-old left-back joins the Islanders on a two-year contract. "This is a new chapter in my career that I'm eager...
Read more

Pratima – Pramila: India’s only female duo to win a rowing...