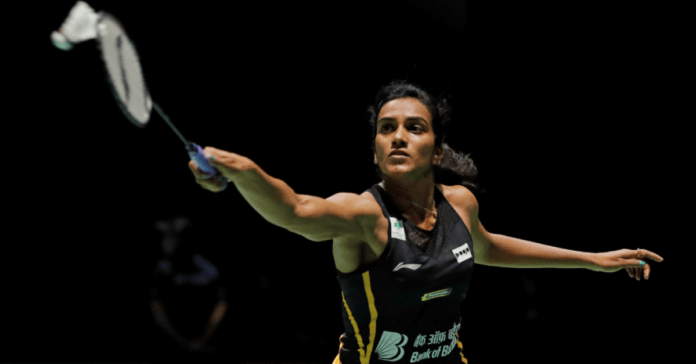 India’s top-ranked shuttler and reigning World Champion PV Sindhu suffered yet another first-round defeat on Tuesday at the China Open Super 750 tournament. The World No. 6, whose performance has gone down since her World Championship win, lost to Pai Yu Po of Chinese Taipei 13-21, 21-18, 19-21 in the opening round of women’s singles.

World No.42 Pai displayed grit and determination to overcome Sindhu’s challenge in a match that lasted 74 minutes. Coming into the match with an unassailable 3-0 head-to-head record, the lanky Indian shuttler started slow and conceded an early lead. She did try to salvage the opener, saving five game points but eventually it was Pai who took a 1-0 lead. However, Sindhu recovered in the second game to take the match into the decider.

In the third game, though, Pai started off on a brilliant note, going into the breather with an 8-point advantage, leading 11-3. Sindhu fought back, winning nine straight points. But in the end, it was the 28-year-old shuttler from Taipei who had the last laugh.

Elsewhere, Satwiksairaj Rankireddy registered twin victories in the men’s and mixed doubles categories. Pairing up with Ashwini Ponnappa in mixed doubles, Satwik got his first win of the day for India. The World No 30 pair defeated Canada’s Joshua Hurlburt-Yu and Josephine Wu 21-19, 21-19.

Later on in the day, Satwik and Chirag Shetty, who became the first Indian men’s pair to reach the French Open final last month, beat American pair Phillip Chew and Ryan Chew 21-9, 21-15 to progress to the second round. The Indian duo, ranked World No. 9, will next meet sixth seeds Japanese Hiroyuki Endo and Yuta Watanabe, whom they beat in the semis in Paris.

Ponnappa and N Sikki Reddy, however, were completely outplayed by World No.10 Chinese pair of Li Wen Mei and Zheng Yu in 30 minutes as they lost 8-21, 9-21.

Elsewhere, in men’s singles, HS Prannoy, who made a comeback to the competitive fold after recovering from dengue, suffered a straight-game defeat against World No. 26 Rasmus Gemke. The Indian shuttler did not look Kidambi Srikanth, who was drawn against Kento Momota in the first round, had earlier pulled out of the China Open. Press Trust of India - Modified date: July 31, 2020
The Football Players Association of India on Friday courted controversy when it shot off a letter to the AIFF and ISL, calling for East Bengal's inclusion in the top-tier league without the consent of its president Renedy Singh. In a letter addressed to All...
Read more