India’s men’s singles stars including World No. 1 Pramod Bhagat and former silver medallist Tarun Dhillon lived up to the expectations and cruised into the semi-finals of the BWF Para Badminton World Championships 2019 currently underway in Basel, Switzerland.

Another SL3 star and former silver medallist Manoj Sarkar alongwith Sukant Kadam and Krishna Nagar joined Bhagat and Dhillon in the men’s singles semi-finals line-up which is expected to have more Indians as the matches proceed.

With Bhagat facing his compatriot and former silver medallist Sarkar next in men’s SL3, it means one Indian will make it to the finals.

Later, Krishna Nagar took another step towards his goal defeating USA’s Miles Krajewski 21-16, 21-16 and will now face British World No. 1 Jack Shephard. It should be noted that Nagar had beaten Shephard all three times they met this year.

Kadam is keeping his fingers crossed and hoping to break the semi-final jinx in the biggest Para Badminton tournament of the year. However, his biggest challenge will be Mazur whom he has never been able to beat so far.

“It’s been my dream to play the final of the World Championships,” Kadam told Paralympic Committee of India.

“However, I know it will be tough with Lucas awaiting. He is a strong player and I have always lost to him, but I will stay positive and calm, and play my usual game,” added the 26-year-old Pune-born, who was training at Pullela Gopichand Academy before joining Para Badminton coach Gaurav Khanna recently.

Kadam has been bronze medallists four times in six tournaments this year. But he wants to take the confidence from the fact that he had beaten his compatriot Yathiraj for the first time in international matches on the day.

“It has always come down to mental pressure. But I have worked hard in the past few months and hopefully the results are showing. I will go out with confidence against Lucas.” 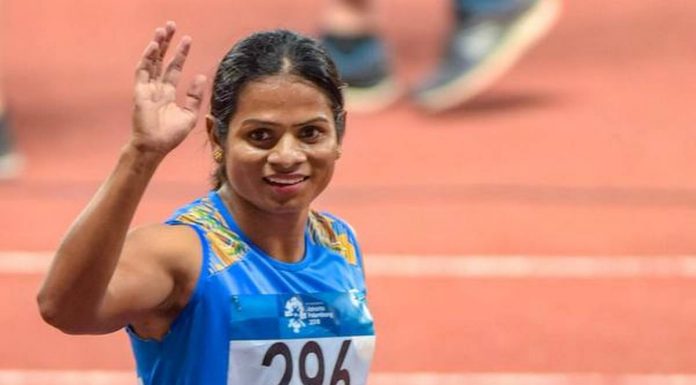 Press Trust of India - Modified date: July 1, 2020
Star Indian sprinter Dutee Chand concedes that her revelation of being in a same-sex relationship last year led to people looking at her "differently" but insists that it doesn't bother her one bit. The 24-year-old Dutee, considered the fastest Indian woman right now, has asked...
Read more