The Olympic-qualifying India Open badminton tournament, which was postponed due to the COVID-19 pandemic, will now be held here from December 8 to 13

The Olympic-qualifying India Open badminton tournament, which was postponed due to the COVID-19 pandemic, will now be held here from December 8 to 13 after the BWF unveiled a revised calendar to salvage the disruption-hit season. The World Tour Super 500 tournament, originally scheduled to be held in New Delhi from March 24-29, will now take place from December 8 to 13, the Badminton World Federation (BWF) said in a release. The all-important event will be preceded by the Hyderabad Open (August 11 to 16) and the Syed Modi International (November 17 to 22). The BWF announcement comes a day after India’s singles players were allowed access to indoor courts with badminton in the list of 11 sports which have been permitted to resume training.

#BWF has announced a revamped tournament calendar for 2020. This provides the framework for badminton’s potential return when it is safe and logistically possible.#HSBCBWFbadminton #WorldTour #badmintonhttps://t.co/sryvlbYZZ2

According to the revised calender, the HSBC BWF World Tour will return with the Taipei Open Super 300 from September 1-6, while the Thomas and Uber Cup Finals in Aarhus, Denmark will take place on the rescheduled dates of October 3-11. “It has been a difficult task to plan for badminton’s return. It is a condensed calendar but we are confident this provides the framework to allow us to start again when it is safe and logistically possible,” BWF Secretary General Thomas Lund said. “At this point in time, it is difficult to predict when international movement and entry restrictions will be lifted by individual countries and territories, but we will not resume competition unless it is absolutely clear that is safe to do so.”

The BWF, however, said that “health, safety and wellbeing of all athletes, their entourage, officials and the greater badminton community remains our No.1 priority.” With the Tokyo Olympics postponed to next year, BWF had frozen the world rankings, making the standings on March 17 the basis for entry and seedings when it restarts the international calendar. The BWF, however, said it is “still working on the exact model for the unfreezing of the world rankings in a staggered way to avoid any extreme drop off of points that would affect the ranking structure.” The world body also said that “other aspects of the BWF regulations are also being looked at including necessary changes to Olympic and Paralympic qualifying and we will make further announcements once all circumstances have been carefully considered.” The BWF was earlier forced to suspend all tournaments after the All England Championships in March till July due to the rapidly increasing cases of the contagious disease, which has so far claimed more than 3 lakh lives globally. The decision meant BWF were unable to complete the last six weeks of their one-year qualifying period which was scheduled to end on April 28. 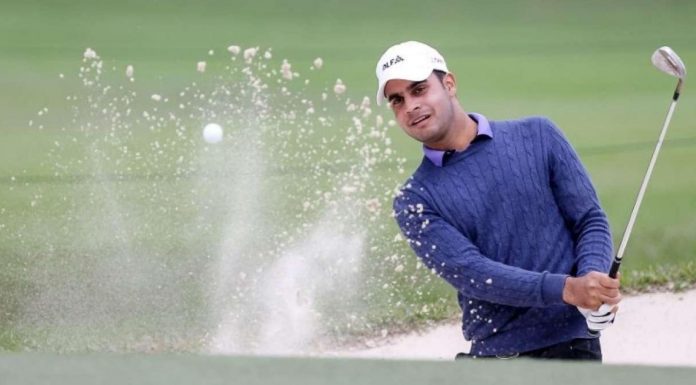 Press Trust of India - Modified date: August 8, 2020
Indian golfer Shubhankar Sharma carded a one-under par 70 in the second round of the English Championship but that was not enough to keep him alive in the low-scoring event. Sharma aggregated one-under 141 over two rounds, missing the cut for the second time...
Read more