Not less than two months are left for shuttlers to make their way to the Tokyo Olympics 2020, with the qualification dates coming to a close on April 26. With many of the Indian shuttlers still vying for the coveted spot in the quadrennial sporting extravaganza, they have to be prepared for a gruelling March, the penultimate month for qualification, which fortunately is the treasure trove to some of the biggest badminton tournaments. The coming month is going to bring with it a plethora of points, which can all add up to become the decisive factor for those who have been trying to make the cut.

Badminton tournaments across the world continue to be affected by the coronavirus outbreak that has its epicentre in Wuhan, China, with the organisers of German Open Super 300 tournament announcing that the event is cancelled while Badminton World Federation postponing the Vietnam International from March to June. The German Open was to be played in Mülheim an der Ruhr from March 3-8 while the Vietnam International Challenge meet was to be held in Hanoi from March 24-29. However, four big-reward tournaments will still be played where Indian shuttlers will be in the fray to pocket the necessary points. Starting off with the legendary All England Open Super 1000 on 11 March, proceedings will be followed up with Swiss Open Super 300 on 17 March, India Open Sper 500 on 24 March and finally the Malaysia Open Super 750 on 31 March.

Here's a look at how many points each can add to their kitty on progressing to the different stages of these tournaments:

As far as probabilities of Indian shuttlers qualifying for the 2020 Olympics go, India’s no.1 badminton player PV Sindhu remains at the top. The 24-year-old 2016 Olympics silver medallist is currently seventh on the BWF rankings list (updated on 25 February 2020) and is eligible for the direct qualification quota of the 2020 Olympics, if the rankings remain the same until April 30, 2020.

Barring Sindhu,the only remaining hope for India in this event is Saina Nehwal. Currently 22nd on the BWF Olympic Qualification ranking list, the 2012 bronze medallist has 41,067 points from 14 events. 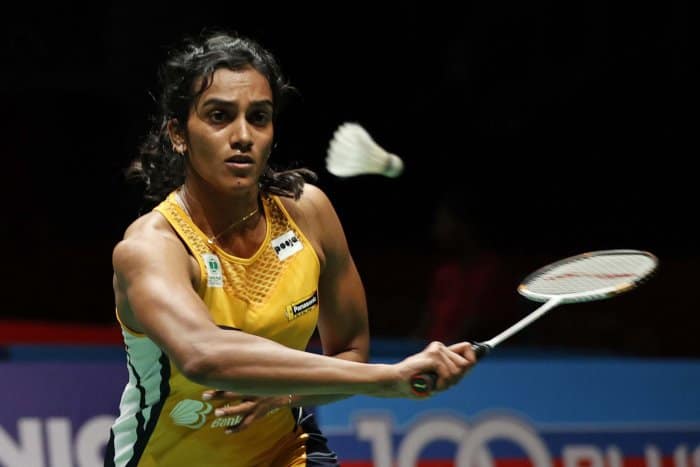 Having big tournaments like All England Open, Malaysia Open and India Open coming up, Saina has big points to fight for. However, Saina's fate could already be determined as she faces third-seeded Akane Yamaguchi in the opening round of the All England Tournament. Going by the recent form, Saina's chances seems bleak. In the same tournament, Sindhu is supposed to play World no. 13 Beiwen Zhang. B Sai Praneeth tops the Indian men’s shuttlers’ race for direct qualification. Sitting 11th on the BWF Olympic Qualification table with 51,277 points from 16 events, the 27-year-old is well in with a chance for an Olympic quota.

Kidambi Srikanth, a 2016 Olympian, is way below in the pecking order as far as the BWF Olympic Qualification ranking list is concerned. Sitting 21st on the list, Kidambi Srikanth has collected 40,129 points in 14 events. Sourabh Verma will encounter Kanta Tsuneyama (World no. 11) at the first round of All England Open (Image:TOI)

With the All England already out, it will be a tough ask for Srikanth and Kashyap who face third-seeded Chen Long and fifth-seeded Anders Anderson, respectively. While Praneeth will take on Jun Peng Zhao (World no. 38) and Sourabh Verma will encounter Kanta Tsuneyama (World no. 11).

Barring the All England Open, three more Super Series will be played and Indian singles players' fate will rest upon how they perform throughout the entire month of March.