Ahead of Tokyo 2020, poor funding has let para-shuttler Sanjeev Kumar down

The bronze medal winner from the second edition of the Para French International Championships is a strong medal prospect for the Olympics. 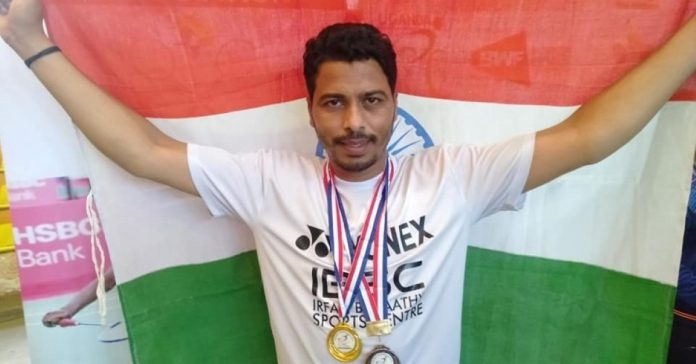 For Sanjeev Kumar, India’s ace para-shuttler, the future looks bleak as he is struggling to gather funds to support his dream for reaching the Tokyo 2020 Olympics. The bronze medal winner from the second edition of the Para French International Championships is a strong medal prospect for the Olympics, but there are financial hurdles that need to be crossed first.

Kumar told ANI, “I was at the fourth rank in the race to Tokyo Olympics in April this year but now my ranking has come down to tenth as I have missed China, Denmark, and Japan tournaments. I had a very good opportunity to win gold in Denmark but I could not due to lack of funds.“ The difficulties are mounting for Punjab-born Kumar who is the lone Indian from the wheelchair category. Because of the lack of funds, Kumar hasn’t been able to participate in enough tournaments to maintain his World No. 6 ranking (as of April 2019) and has slid down the ladder to No. 13.

Currently placed in the top 10 of the rankings list, the gutsy shuttler has not left any stone unturned and has gone the length to pursue authorities to fund his participation in future tournaments that could guarantee him a ticket to Tokyo. “I have to play a future tournament to qualify for the Olympics and for that I have written to Punjab Sports Department to help me saying that I am the top contender to qualify for Olympics but they replied that we can’t give money,” he told ANI.

Although some people have approached Kumar to provide him financial aid, the boy from Punjab realises that it won’t be enough to sustain his bigger dream. For the Olympic dream to see the light of life, the government has to step in and fund Kumar. “I had also written to the Sports Ministry and Sports Authority of India (SAI) but no reply from them. In my letter which was sent last year, I have said that I am the number one badminton player and can qualify for the Olympics. If the government will not support then players will suffer. Sometimes people help me with some amount of money but all tournaments can’t be played on that money,” Sanjeev mentioned.

Facing such a nonchalant behavior from the concerned authorities, Kumar has somehow managed to hold on to the last rays of hope as he possesses a never-say-never spirit. Hailing from a middle-class background, the 20 gold, 6 silver and 3 bronze medallist at the National Championships, Kumar said, “I am still hoping that I can do because a player never loses hope. See I am not in a position to invest from my pocket because my position is not that strong. My father was a sevadar and I started my career by taking loans and gold loans and charity from people and I started playing through the help of people. My wheelchair is also given by Mayo 94batch,” he explained.

Throughout his illustrious career, the para-shuttler has not been supported by the Sports Department or the Central Government. Kumar feels sad about this kind of treatment being meted out to differently-abled athletes and he wishes that the Government would exhibit more concern about it. Kumar lashed out saying, “If a player will not participate in Olympics qualification tournaments then how will he qualify! Why the government can’t send players if they know they have the potential?” Sanjeev critically complained.

This attitude adopted by the Government is particularly distressing especially ahead of the upcoming Tokyo 2020 Olympics. Kumar’s angst is channelised towards the authorities currently as he is desperate to participate in a tournament that would take him to the Olympics. His grievances have mounted over the past few months and he said, “I was on strike in front of the CM House demanding job. I said to keep all the medals and certificates if you can’t help with the job. You are giving everything to abled body players so why can’t to us. After strike they will raise this issue in the upcoming cabinet and will also put a proposal of one percent quota (sic),” according to a report by ANI.

With the tournaments for qualification fast-approaching, Kumar needs the help and concern of the Government to be extended. In the wheelchair badminton category, the boy from Punjab is the best bet to bring India a medal. Given his success record, Kumar is highly likely to qualify for it too if the funds are provided to him. Hopefully, the stars will align themselves soon for Kumar and he can head to Tokyo to fulfill his dream.

Cinema has been the one binding force that possesses the power to unite nations through the guise of entertainment. It holds the string to...
Read more
130,970FansLike
12,136FollowersFollow
7,153FollowersFollow 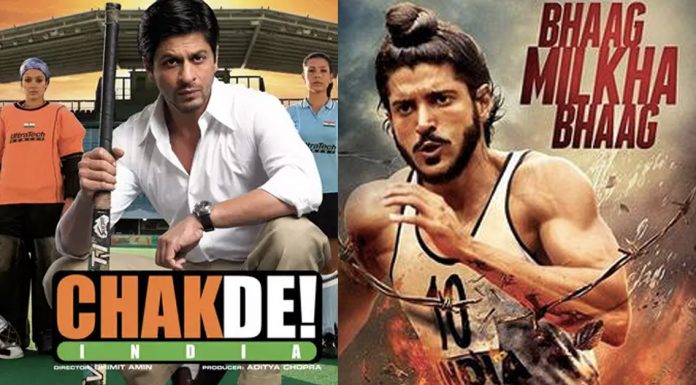