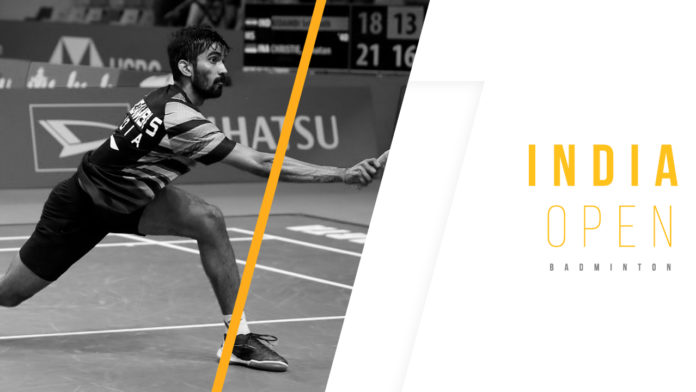 Welcome to The Bridge’s live coverage of Day 5 where top Indian shuttlers battle for a place in the final of Yonex Sunrise India Open:

After both players locked at crucial 18-18 ,He Bingjiao comes strong and wins 3 straight points to end dreams of Sindhu to reach india open final for 3rd time.

Sindhu is always ahead with few points lead with 16-12 at one time but he Bingjiao is catching up and makes it equal level at 16-16.

Sindhu goes into mid game break with 2 points lead with 11-9 in second game.

Againn…Sindhu can’t believe it and throws the racket in disgust. Yet another net drop falls down off the tip and gifts game point to He Bingjao who manages to convert it. Takes the first set 23-21.

Nothing to say other than sighing that luck has been in favour of Bingjao at the moment as her poor smash topples of the net and falls to the other side much to the disappointment of Sindhu. Score is 21-21.

Streak of errors and this time a net drop just doesn’t travel over the tip to other side and gifts He Bingjao a point and she levels the game 20-20.

He Bingjao is staging a comeback here as she executes the rally to perfection and traps Sindhu in a corner and then places the drop beyong Sindhu’s reach. Score 20-19

Couple of misplaced net balls by Sindhu and allows Bingjao to come back into the game. Score 20-18.

It’s been a close game so far, but it’s Sindhu who heads into the break with a 2 point lead. Score 11-9.

Steady start to the game as the score is tied at 2-2.

And there is the winner with a crisp diagonal drop from Axelsen. Takes the set 21-17 and is -through to the finals where he faces Srikanth tomorrow.

It’s still a game of patience as both players remain toe to toe. Score tied at 15-15.

Wowww….This game needs patience, even for fans. I can imagine how much is going through both these players. They are just going on a game of who can succumb to rallies. Kashyap smashes one down finally, which is probably his first in this set to lead 11-9 heading into the break.

The second set has been a game of patience so far. Both players indulging in long rallies with no attack to see who can give up & commit mistakes. Kashyap has managed to stay afloat so far. Score 6-6.

No surprises there as Axelsen wraps the 1st set 21-11 in just under 15 mins. The road to final is a long way back for Kashyap I am afraid.

Kashyap has been fighting and retrieving a lot, but Axelsen is proving too good for Kashyap. Axelsen doesn’t give any space and races to a 18-10 lead and is withing touching distance of taking the 1st set.

It’s been a game of start-stop gaps. Axelsen leads in the break 11-9.

It’s going to be a very tough match for Kashyap as Viktor has been in tremendous form in the last 1 month as he reached All England and has blitzed past his way in the Indian Open so far.

Over in court no 1 Kashyap takes on world no 4 Viktor Axelsen.

Anddd there is the winner. Srikanth & Huang return back & forth fiercefully and Srikanth has had enough of it as he disguises one as a drop and Huang is unable to return it. Srikanth takes the set 21-19 and is through to the final.

Match point service by Kidambi, but a excellent defensive return from Huang seems him closer to leveling him.

Srikanth comes back roaring and the crowd is roaring for every move of his. Using the momentum Srikanth plays attacking net play game and controlled every return to perfection. Srikanth leads 19-18 as he edges closer for a place in the final.

Nervous moments are near as every play goes. Huang has been the better player so far post break and has taken the lead owing to his lesser margin of error. Srikanth trails 16-17.

Good comeback from Srikanth and hits a perfect diagonal smash to gain the lead back. Gets a 10-9 lead.

More unforced errors from Kidambi and a loses the lead as the chinese races to a 8-7 lead.

Srikanth misreads a disguised drop and drops a point, but still leads the set 7-6.

Unfortunate for Huang as he judges a Srikanth mishit loft rightly, but makes body contact with the shuttle while waiting for the shuttle to drop outside. Srikanth won’t mind it and takes the easy pickings.

Patient start to the third game as the game is moving in silent rallies. Srikanth leads 5-2.

Srikanth wraps the second set 21-14 and levels the game 1-1 as it moves into the decider.

Srikanth drops some dollies for the chinese and gifts away 2 points to the Chinese.

Srikanth takes the risk and moves closer to the net awaiting a return from the Chinese & the oblivious Chinese returns exactly where Srikanth anticipated and Srikanth just taps in for the finish. Leads 19-11.

Srikanth continues from where he left in the break, but has found some blips in the run. Still leads massively by a score of 18-10 and is nearing the set point.

Kidambi looks to be in the mood as he is controlling the rallies and placing his shots to perfection. Races to a 7 point lead heading into the break. 11-4 the scoreline reads in favour of Srikanth.

Steady play from Srikanth as he uses disguise and tight net play to grab a string of points. Leads the second set 8-4.

Neck break start to the second set again. Kidambi plays aggressively and grabs a smash & races into a 5-3 lead.

Srikanth finally manages to find some rhythm and pulls back 2 points courtesy of some intelligent play. But is it too late now ? The Chinese leads 20-16

Terrible from Srikanth as makes error after error and gifts 6 match points to the Chinese. The chinese leads 20-14.

The Chinese takes control of the match as he feels the rhythm and pushes Srikanth into errors. Races to a 18-14 lead and is nearing a set takeover.

Couple of unforced errors from the Chinese sees him losing the lead. Scores are level 14-14

The Chinese starts the post break better as he races to a 14-12 lead.

Good defence from Srikanth to return the body smash onto the other side & beyond reach from the Chinese. He heads into the break 11-10.

Neither players could get a string of points as they break each others serves and remain tied. Score 10-10.

A long rally ends with Srikanth disguising a smash into drop and steals the lead. Score 9-8

Brilliant reactions from the Chinese as he escapes from a tricky situation to take the lead, but follows it up with a service fault as the scores are tied 8-8

A steady start to the game from both of them as they trade mild smashes to each other. Scores tied 6-6

Day 5 sees action from 3 Indian singles players and 1 doubles pair including Srikanth and Sindhu who will battle in the semifinals to get a place in  finals of the Indian open 2019, an HSBC BWF World Tour Super 500 tournament

The main attraction today is surprised semifinalist Parupalli Kashyap who takes on Olympic medalist & world number 4 Viktor Axelsen. It will be a tough and stern test for Kashyap who hasn’t reached semifinal of India open after 2012.

On the women’s singles front, the lone warrior P.V. Sindhu who has struggled her way through to semifinals will be taking on a stern test from in form He Bingjiao from China. 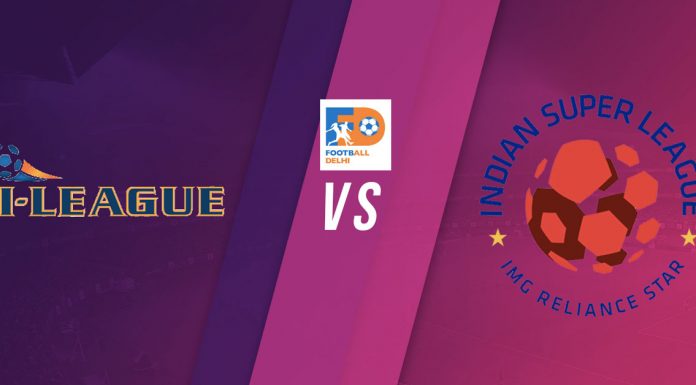