Will Neeraj Chopra be the first Indian to win an Olympic medal in athletics?

Neeraj Chopra has been a victor at the Asian Games, Commonwealth Games and the World Junior Championship

There has been much talk about Neeraj Chopra over the past four-five years. He has broken multiple records, been a victor at the Asian Games, Commonwealth Games and the World Junior Championship. We take a look at his chances of winning a medal at the upcoming Tokyo Olympics by analysing key factors that have played out as part of his run-up to the Olympics.

Neeraj has been coached by top javelin coaches Uwe Hohn (eternal world record holder with 104.80m) and Werner Daniels. As of today, he is under the tutelage of Klaus Bartonietz. All of the aforementioned individuals have been high-performance directors and sports coaches in the past, and their impact on him has been evident. Neeraj has seen a significant jump in his throwing distance since he began competing a few years ago. He recently broke his own national mark by 0.01 m with a throw of 88.07m at the National Institute of Sports in Patiala this past month, which is definitely a good sign considering he had undergone surgery in between.

Moreover, he has come a long way since 2018, where his throws have gone from an average of 82m to a consistent average of about 85m. The aim would now be to breach the 90m mark in the coming months and build on the impressive throws taken at the national events.

The Nordic Valhalla is now the prime javelin used by Neeraj in all competitions. This javelin is a stark difference from his previous one, Nemeth, with a higher composition of carbon fibre and less of a rounded tip at the base. He used this at the recently concluded Indian Grand Prix, and while it did reap some rewards, it will be some time before the javelin is part and parcel of his entire run-up and release technique.

The Nordic Valhalla is also used by the current world champion, Johannes Vetter, who threw 97.76m at the IAAF World Continental Gold meet in Poland last year. This change is a tough call, given that Neeraj has also won a majority of his medals with his previous spear, the Nemeth. The aerodynamics and wind expectations are all major aspects to consider as they have a huge impact on the javelin throwers technique. 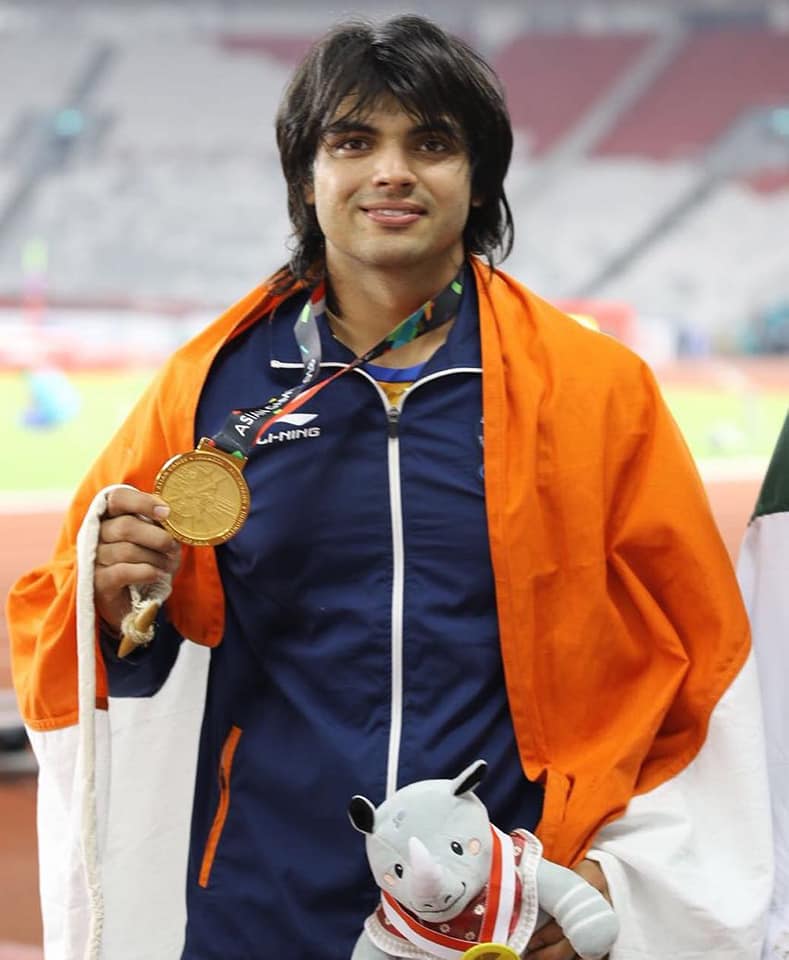 The 2019 injury that laid-off Neeraj for several months definitely caused some problems in his promising career. The biggest of all was what his competitors were doing in competitions across the world during that time. The statistics taken from his competitors are all from events that took place prior to lockdown and during the long injury layoff that Neeraj suffered from.

Chao-Tsun Cheng from Chinese Taipei had a throw of 87.75 m at the Birmingham Diamond League, which won him the gold. Johannes Vetter competed in about eight events in 2019. He has managed a mammoth six throws over the 85m mark, three of which were past the 89m range. This should be something to keep in mind for Neeraj, who has also managed to be over the 85m mark in the past year at a consistent level. Andreas Hofmann could not build on his stellar 2018 campaign, where he managed four 90m plus throws. He, however, was within the same range the following year when he cleared the 88m mark on two occasions. Magnus Kirt has been the best and most prominent competitor out of all. He cleared 85m in all but two of the 15 events that he took part in between 2019. This also included him winning the Gold Medal at the IAAF Zurich Diamond League when he threw 89.13m.

Overall, by looking at what his competitors have been averaging and where Neeraj stands, he still rates amongst the top 6 javelin throwers in the world despite his injury and the recent Covid 19 lockdown. He has managed to make a major comeback in the past two months, and his performances at National events should be enough to gauge where he currently stands. Utilising the training time with his new javelin and maintaining his throws with a consistent mark around 88m should be his targets. There are over three months left for the Olympics, and Neeraj, with consistency and hopefully no injuries, shall be looking to finish on the podium with ease.