Nisar Ahmad first made the sports pundits in the country sit up and take a note with his terrific show in the inaugural Khelo India Youth Games in the year 2018. It was the final of the 100m dash and two runners were already disqualified for false starts. When the starter pistol went off for the third time, Nisar Ahmad seemed to have hesitated a little; the start was slow but Nisar overcame it brilliantly in the last 30m and clinched the gold medal with a personal best timing of 10.76 seconds and registered an Under-16 national record.

This run sent the Indian sporting world into frenzy, the media houses went all in and Nisar was named ‘The Lightning Bolt from India’.He was hyped as the next big thing in Indian athletics; and frankly with the kind of show Nisar had put up, he deserved all of it. Nisar came from a very humble background, his father peddled a rickshaw while his mother worked as a domestic help and they earned a combine salary of meager INR 6000. Nisar was first noticed by his physical instructor at school, Surender Singh. Recognising his potential, Singh took him to Sunita Rai, a coach at the Chhatrasal Stadium under the Delhi administration. He cleared the trials and has been training with her ever since.

The spark in Nisar was always visible as proven from his four-medal-haul at the National School Games in 2016. But, his first moment of brilliance came at the Delhi state meet of 2017 where he bagged a gold medal in the junior category with a timing of 11 seconds which was 0.02 seconds better than the winning timing in the senior category. It was after this state meet that Nisar blew everyone away with his speed at the Khelo India Youth Games in 2018. 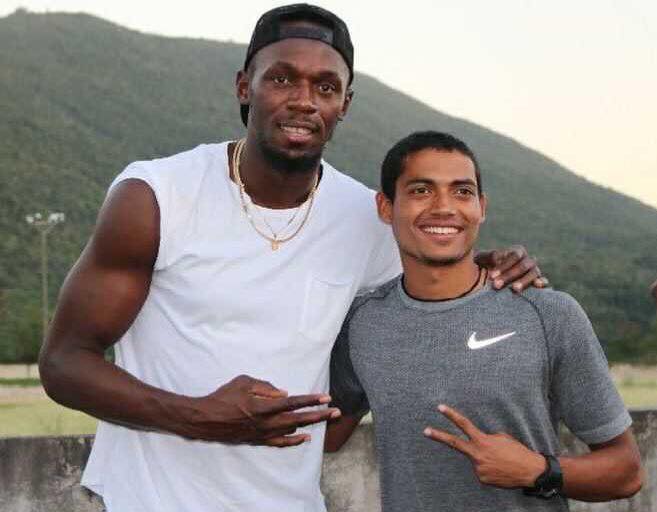 Nisar trained at the well-known Racers Track Club in Kingston, Jamaica which is considered to be the home of Usain Bolt. Here, he brushed shoulders with the best of the world, including the likes of Yohan Blake and Bolt himself. He was expected to qualify for the 2018 Commonwealth Games but a timing of 10.96s at the Federation Cup wasn’t enough for him to get through.

Nisar was then barred by the Athletics Federation of India (AFI) from competing in all the age-group competitions before the 35th National Junior Athletics Championships after failing to clear an age verification test. He though participated in the senior category of Indian Grand Prix 2019 and bagged the gold medal in the 200m sprint with a timing of 22.05s.

Nisar has since gone off the radar and there has been no news of him. The Indian sporting world has just one question in their mind, “Will the lightning bolt strike again or was all that a false hope?”