Loud roars, clenched fists, flags waved, shirts off, fanatic sprint across the field. These are the common sights on sports field when victory is sealed. Indian sports too has witnessed similar sights during some of its most memorable moments. Back in September 2019, India was playing against Qatar in their FIFA World Cup Qatar 2022 and AFC Asian Cup China 2023 joint qualifiers Round 2 match in Doha.Indian football team received massive support from its fans at the Jassim Bin Hamad Stadium. Odds were titled in Qatar's favor yet India managed to eke out a 0-0 draw. After the match the Indian football team members made sure to thank the fans in their own style as they brought out the Viking thunderclap celebration. The fans also joined in as Gurpreet and defender Sandesh Jhinghan brought the players on the sidelines of the pitch and started the Viking thunderclap.

The Viking thunderclap celebration was made popular by Iceland football fans during the Euro 2016. The Indian football team adopted this style of celebration with the Blue Pilgrims since the AFC Asian Cup in January this year with captain Sunil Chhetri leading the way. 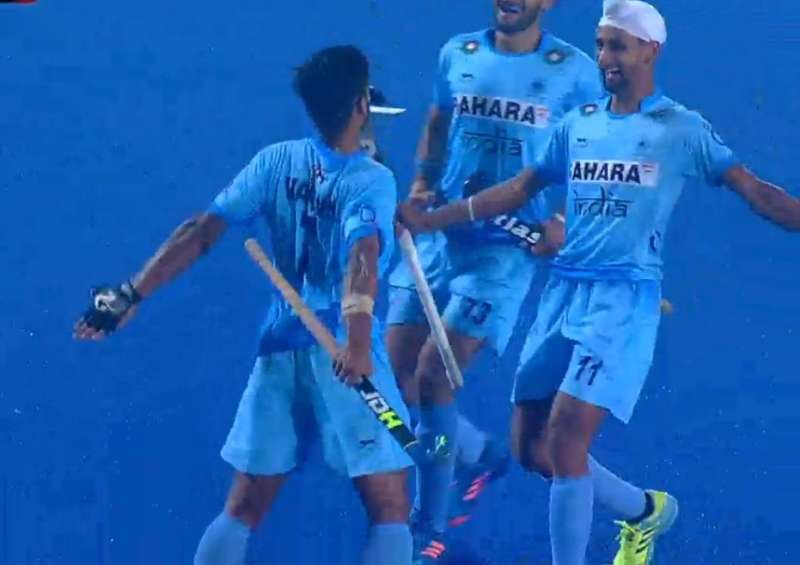 India hosted the 2016 Junior Hockey World Cup. The hosts opened their World Cup campaign with a 4-0 win over Canada but the highlight of the match was Indian defender Varun Kumar’s Cristiano Ronald-esque celebration after scoring the third goal of the fixture.

In the 60th minute of the match India won a penalty corner. Although Harjeet Singh fumbled in stopping the push, Varun Kumar made no mistake in finding the back of the net to put India in a commanding position.

Immediately after converting the penalty corner, Varun ran a few yards on the turf before breaking into a celebration that resembles Real Madrid superstar Ronaldo’s celebration. He jumped in the air, spun before spreading his hands in a majestic fashion while landing. This celebration is known as the CR7 jump and has been tried by a large number of athletes till now. Hima Das celebrates her victory in women's 400 meter race at the 2018 IAAF World U20 Championships in Tampere, Finland.( Image: AP)

In 2018, then a relatively unknown sprinter from India did the unthinkable. She created history by winning the gold medal in the women’s 400 metre event at the IAAF World U20 Championships in Tampere in Finland. She become the first Indian athlete to win gold in a world championship across all age groups.

The sprinter was Hima Das.

Hima with her arms stretched wide and with Indian tri-colour along a gamucha (a traditional thin, coarse cotton towel, often with a checked design) in her hands did the lap of honour.

The picture of her celebration following that history-creating run has since then been all over the print and online media. 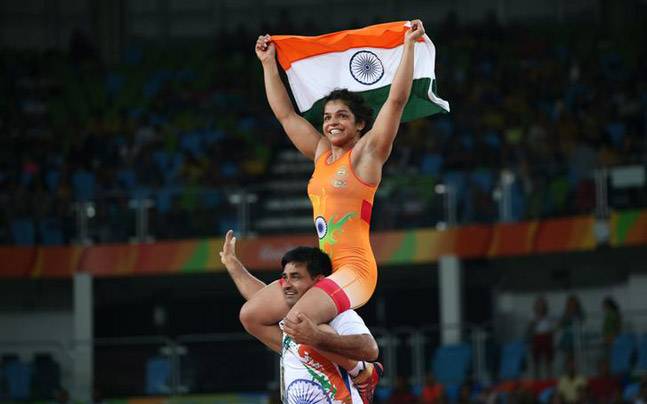 Wrestler Sakshi Malik created history became the first ever Indian woman wrestler to win a medal at the Olympics. She achieved the feat at the 2016 Rio Games. Sakshi who was just 24-year-old then became only the fourth woman athlete from India to win an Olympic medal.

In a thrilling bronze medal bout, Sakshi defeated Kyrgyzstan's Aisuluu Tynybekova 8-5. What made the match interesting was that the Indian wrestler had managed to overturn a 0-5 deficit in second round to script history.

Once the match was done and Sakshi had safely pocketed the bronze medal, her then coach Kuldeep Malik jumped onto the wrestling mat, lifted her ward on his shoulders and took her around the arena for a victory lap. A delighted Sakshi had the Indian flag in her hands.

Parupali Kashyap takes his shirt off Parupalli Kashyap had etched his name firmly in the history books when he became the first Indian male shuttler in 32 years to win a gold medal in the Commonwealth Games.

Kashyap rose to the occasion and played a sensational game of nerves to eke out a breath-taking 21-14 11-21 21-19 triumph against Derek Wong of Singapore in the final showdown which lasted for over an hour.

To understand how rare the feat was, before Kashyap legends Prakash Padukone and the late Syed Modi had won gold medal in men's single at Commonwealth Games. It was India's first gold in 32 years in Badminton men's singles at Commonweath games.

And Kashyap celebrated his achievement in some style. First came a loud roar and then an ecstatic Kashyap jumping in joy took off his shirt flashing his well toned body. As a mark of respect Kashyap kissed the Indian flag on his shirt.

Other popular celebrations from Indian sports can be checked in this video: