Participating in 200m, part of my preparation for 100m: Dutee Chand 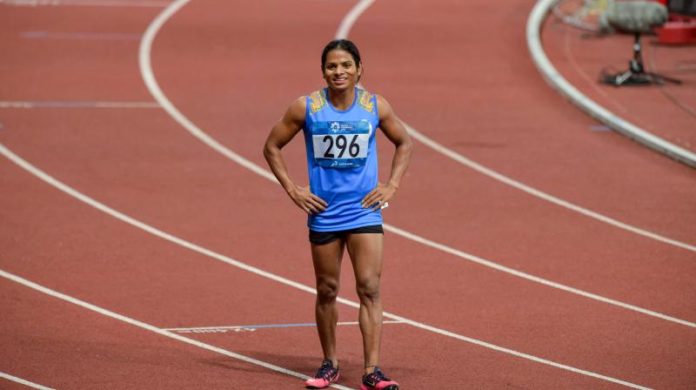 Dutee Chand does not seem to be bothered with her fifth place finish in the 100m final at the recently concluded Asian Championship in Doha. The country’s best female sprinter speaking to The Bridge over phone said, “I was extremely happy with my timing in the 100m heats. The reason behind me not finishing in the top three during the final was that my body totally collapsed as the final started within an hour after the heats got over.”

Commenting on her bronze in 200m, Dutee explained, “My focus is actually on 100m. In a bid to better my timing in 100m, I take 200 meters seriously. Participating in the latter helps me to gain endurance and increases my momentum. It benefits sprinting in 100m in other ways. So, I plan to keep on participating in 200m as part of training in the run-up to 2020 Tokyo Olympics. So far coach Ramesh Sir is helping me with my plans.”

Unfortunate for Caster; unaffected by Fani

Incidentally South African middle-distance runner Caster Semenya, a two-time Olympic champion has been making headlines recently after losing her appeal to Court of Arbitration for Sport (CAS). Dutee revealed she had already offered her assistance to Caster through the team of her experts who had guided Dutee to win with her appeal earlier. The sprinter said, “Even after losing the appeal, my team is working with Caster Semenya, trying to find the alternative solution. But it is unfortunate for a great athlete like Caster to accept the ban. I believe some solution must come out and Caster should be free to compete again.”

The 23-year old sprinter however still remembers the sleepless nights after cyclone hit Orissa in 1999. Dutee who witnessed ‘Fani’ cyclone from her home on Thursday and Friday said, “I was a kid during the 1999 cyclone. Still I remember how it had destroyed our house in Gopalpur and we all were stranded at a local school building along with thousands of other residents. But fortunately we have not been affected this time.”

The opening week of the  Indian Super League (ISL) has witnessed a massive 16% rise in viewership during the first week as compared to the...
Read more
175,530FansLike
13,682FollowersFollow
8,268FollowersFollow The Bridge Desk - Modified date: December 4, 2020
Rower and Arjuna award winner Dattu Bhokanal seems to have got himself into a mess yet again, as he is reported to have left the National camp in Pune citing family issues and has now been ordered by the Army Rowing Node (ARN) to...
Read more