OP Jaisha is all set to be back on track after a two-and-a-half-years of hiatus. The athlete who is already training at the Sports Authority of India (SAI) in Bengaluru for the last two weeks, tells over the phone, “My aim is to qualify for Tokyo Olympics 2020 in 1500m and in 5000m event. Even if I fail, then my target will be to earn medals in the same events at the 2022 Asian Games.”

During the conversation with The Bridge, Jaisha acknowledged that with quality long distance athletes like P U Chitra, Sanjeevani, and Sucheta in participating from India, she would have a tough road ahead to be a part of the Indian team.

“I have just started again and now I am trying to improve my endurance level. Hopefully, within mid-January, I will be able to reach my the desired fitness level and in between, I have a couple of tournaments to assess my performance. If I fail to qualify for the 2020 Olympics, I am sure I will be able to be a part of the 2022 Asian Games and win a medal there,” says Jaisha.

The Keralite national record holder in marathon left Indian Railways and has joined SAI as its assistant coach and is now posted in Bengaluru. But before that, she was training seven underprivileged children in her hometown in Wayanad, Kerala. She also has arranged rented rooms for those kids and providing them with food and basic necessities.

Jaisha asserts, “I will not only try to establish myself as a coach but will try to contribute through social service as well. That is why I have found these seven kids. The Kerala government has given me an assurance of a coaching job in future. I have plans to bring more boys and girls and groom them to become quality long distance runners as well as offer them a healthy life.”

On August 2016, after her return from the 2016 Olympics, Jaisha alleged that she fainted at the finish line following her race as she was “not given” enough water and energy drinks in between the race, during the Women’s marathon event. Indian officials denied the allegation and said Jaisha and her coach had refused refreshments.

After two-and-a-half-years from the incident, she now believes a coach must always stand by his or her students.

An emotional Jaisha recollects, “A lot of criticism drew in even a couple of months after Rio Olympics. It was mandatory for every marathon runner to be given water or energy drink in seven places during the 42-kilometre run. But we did not have officials placed in the seven places and our coach Nikolai Snesarev asked me not to have water from other officials, posted at those seven places. Owing to dehydration, my body collapsed completely at the end and I was admitted to hospital.”

Birthday greetings to OP Jaisha, who has seen hardship like no other – from eating mud to selling milk.

She finished with a bronze in the 1500m at the 2014 Asian Games and then broke the 19-year women's marathon record at the Mumbai Marathon.

She further adds, “I will always stand by my students during competition and I must offer water to my marathon running students immediately when he or she will cross 25 kilometers in a marathon race. This has been the lesson I took from Rio setback.”

Jaisha says she will no more take part in marathons but aims at 1500 and 5000-metre races to get back some pride. But at the age of 36, how is she motivating herself? Jaisha smiles before concluding, “I have no tension. I am enjoying athletics now. This relaxed attitude is increasing my seriousness in training gradually.”

One of his major concerns was gaining weight from the excessive rest or lack of physical activity.
Read more
Athletics

Chikara, 23, has been banned for using a prohibited substance and his suspension period is effective from July 27, 2018, the Athletics Integrity Unit of the International Association of Athletics Federations (IAAF) said on March 27.
Read more
Tokyo 2020

Without sports, we are starved and we crave to know when will PV Sindhu, Sunil Chhetri and others return to action. How long until we can feast our eyes again?
Read more
129,242FansLike
11,347FollowersFollow
6,920FollowersFollow 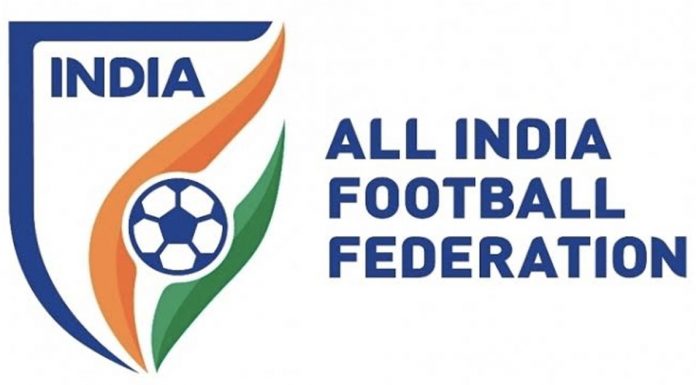 Press Trust of India - Modified date: March 26, 2020
The first set of entrance examination was conducted on 23 February across the country while the second set will be held on 29 March. Keeping the current health crisis in mind, the AIFF has decided to hold this exam online.
Read more