India has so far produced a number of successful athletes in the who have a rich tradition of dazzling performances in the international tournaments. Some of the most successful athletes are Milkha Singh, T. C Gurbachan Singh, P T Usha, Anju Bobby George, Jyotirmoyee Sikdar. However, the following story would always remain very close to the heart of this generation of sports lover. In the evening of 12 July 2018, social media traffic of the country shot to a boom when people saw a young girl breezing past all her opponents on the track, dazing towards her way to history. An enlivened, tear-jerker commentary on the background screamed:

“The American champion Taylor Manson doing the race of her life at the moment. But here comes Hima Das! The Indian is surging. She can see the line, she can see history. India’s never won any medal in a track event, but Das has done it here…. HISTORY MADE IN TAMPERE.”

And this is how Him Das became the first Indian woman to win an #IAAFworlds title pic.twitter.com/0Zhx0QuxZI

Beyond the records, beyond numbers, India found a new generation superstar in Hima Das – an 18-year-old lanky girl, coming from a farmer’s family in Assam, battling poverty who just became the first Indian athlete to win a gold medal at the International Association of Athletics Federation (IAAF) World U20 Championship. Hima became an overnight sensation and in the last two years, a household name of Indian sports that seldom looks beyond the monopoly of cricket.

Hima, who hails from Dhing in Assam’s Nagaon district, bagged gold medal in Finland after completing 400 m race in 51.46 seconds.

Nicknamed the ‘Dhing Express’, Hima made her international debut at the 2018 Commonwealth Games in Gold Coast, Australia after she had won the 400m race in the Federation Cup back home earlier in the year.

At the CWG, she did a commendable achievement as she clocked her then personal best of 51.32 to finish sixth.

At the 2018 Asian Games in Jakarta late in August, Hima Das qualified for the 400m final by setting a national record at 51.00 seconds. In the final, she bettered her streak by clocking 50.79 seconds and bagging the silver medal. There was more glory in store for the Indian sprinter in Jakarta. She went on to win gold in the 4×100 women’s relay race and another gold in the mixed relay category held for the first time at the Asian Games.

To recognise what had been a momentous year, the Indian government conferred her with the Arjuna Award to mark her achievement.

She rounded off winning five gold medals in just 19 days, winning the 400-metre event in Nove Mesto. Since then, however, her hasn’t been all rosy. A series of meets just ahead of the 2019 World Athletics Championships saw Hima Das injure her back and miss out on the event in Doha.

Later, though she tried her best to return to the track, recurring injuries sidelined the Indian talent creating a roadblock in her aim to achieve her goal of competing at the Games.

The postponement of the Tokyo Olympics seems to bear hopes for Hima as a lengthy hiatus could see her make a swift return once the action resumes in the coming months. There is way more in store for Hima as she still has age card with her. 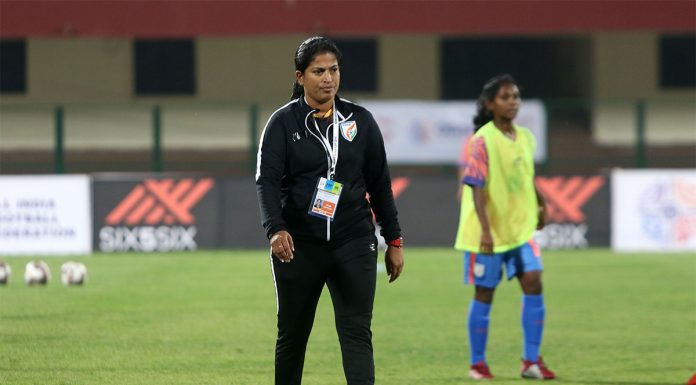 Press Trust of India - Modified date: August 6, 2020
Indian women's football team head coach Maymol Rocky has attributed her side's improvements in recent times to the "introduction of strength training" into the players' regular regime. Speaking about it at length on AIFF TV, Maymol referred to the period when she first introduced it...
Read more