Home Athletics Dutee Chand is an adult now and her choice should be respected:...
AthleticsFeatured

Dutee Chand is an adult now and her choice should be respected: Coach Ramesh N.Ramesh has played key role in the rejuvenation of Dutee Chand after she was banned for one complete year before the 2014 Commonwealth Games in Glasgow. Since then, the athletics coach at Sports Authority of India (Hyderabad) has revived Dutee and made her a top athlete, through relentless training and guidance spanning over the last 6 years.

The 23-year-old has now become the first Indian sportsperson to admit to being in a same-sex relationship. In a conversation with The Indian Express, Chand revealed that she has been in a relationship with the girl for the past three years.

While speaking to The Bridge on Sunday evening over phone, she said, “I have just expressed my desire. We know each other for a long time. My girlfriend is not directly associated with sports, but she loves the game so much and tries to inspire me always.”

Ramesh, on the other hand, wants to stay away completely from 100m record holder and two Asian Games silver medal winning sprinter’s latest announcement. Ramesh when contacted in Hyderabad, commented, “The most important thing is that it is her personal choice. She is an adult and is quite matured now to take her own life decisions. So I sincerely believe the decision is to be respected.”

Ramesh also added, “I have always tried to keep her focus only on athletics. I have always told her to do something for the country and make the nation proud. This apart, I never had any discussions on any other personal issues, not with only Dutee, but also with my other students.”

As per reports, Dutee had to face wrath from her family members after she made the information public based on her belief that she has the right to live her life the way she wants it. Her elder sister Saraswati Chand has asked her to leave their home in Gopalpur and also threatened her with a court case. Dutee, while speaking to The Bridge, said, “I feel it is temporary. My family members have stopped talking to me. But I am optimistic everything will be normal with time.”

?️ "I believe everyone should have the freedom to be with whoever they decide they want to be with"

– #DuteeChand, the first ?? Indian sports star to acknowledge being in a same-sex relationship. pic.twitter.com/ToCLw57gqP

Dutee’s elder sister Saraswati was also a 400m international runner and a student of N Ramesh. Dutee however is not bothered on the issue that this news will affect her training and performance. Ramesh also agreed on the same. “Dutee is mentally so strong that this issue is unlikely to affect her. We have been already preparing for the World University Games scheduled in Italy in July,” he said.

India has tightened its footing in global sports hosting some of the major sporting events of the world including Cricket World Cup, FIFA World...
Read more
129,194FansLike
11,359FollowersFollow
6,949FollowersFollow

This day That year: Sharath Kamal wins for India its first gold at Commonwealth Games in Table Tennis 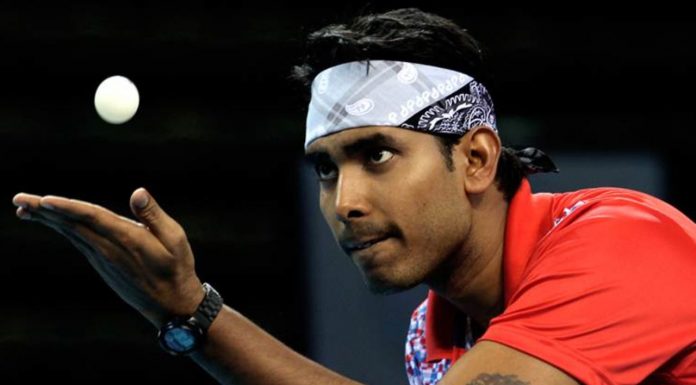