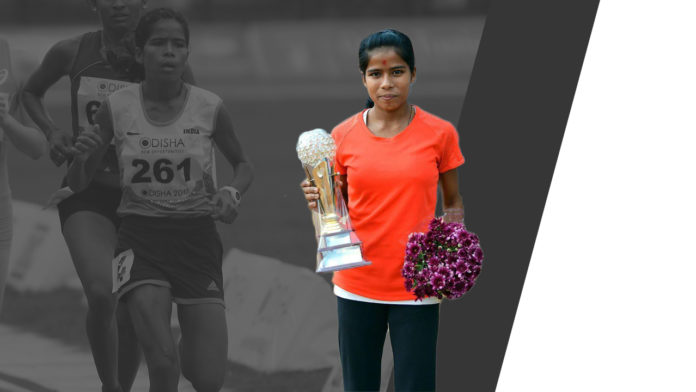 Lili Das, the middle distance athlete from Bengal, running 800m and 1500m, will never again practice in Kolkata. However, she will be representing Bengal during the national level championship.

Lili has been practicing at Ooty, a hill station in Tamil Nadu, along with 23 more athletes at the national preparatory camp since February this year. The 21-year-old athlete, speaking to The Bridge from Ooty over phone recently asserted saying, “Had I started training at national preparatory camp last year, maybe I would not have missed Jakarta Asian Games. There are a lot of important things which I did not get while training in Kolkata (SAI center). Lack of proper diet, systematic training schedule, intensity in training, proper rehab system—I had difficulty in getting the facilities of all these important things. So I had decided to leave Kolkata last November.”

The unfortunate part of Lili’s story is that even after breaking the 25-year-old record in 1500m set by Jyotirmoyee Sikdar in the 69th State Athletics Championships last August, she was denied all the necessary support. On top of that, she could not take part in the selection trials for Jakarta Asian Games due to groin injury, leading to a complete rest for consecutive three months.

Commenting on the improvement of her fitness and reflex action, the Indian Railway employee since 2017 informed that a systematic advice from an experienced dietician since last year has helped her to improve. Denying to disclose the name of the dietician Lili stated, “He is regarded as one of the most experienced and best dieticians of India. After a lot of persuasion I have been able to get his appointment. He lives outside the country most of the time but is kind enough to help me out. I have an informal agreement with him where he constructs my diet-chart and reviews the same once every month.”

Lili’s actual goal is to get into the national squad for the 2020 Olympics in Tokyo. She believes practicing at the national preparatory camps will help her to fulfil the goal. But the ongoing camp at Ooty for the middle distance and long distance athletes has given a major blow to the athletes.

It has been learnt that there is no synthetic track in Ooty. The athletes have been practicing at the compound of St. Lawrence School on uneven, sandy, and pebbly surface. It has also been learnt that some of the athletes have received injury and they are not being able to run perfectly. It is believed that the preparatory camp which was scheduled here mainly due to availability of high-altitude training, is likely to be shifted from Ooty after the Asian Championship.

The AFI President could not be contacted on phone till the copy was filed.