How athletics is infusing new life to India's African-origin community

One runner, one straight line. A bang, an explosion of muscle and, ten seconds later, emerges a future champion. And all he does is run. No bikes or vaults, just one foot put in front of the other.

As a blanket of morning fog envelops the Balewadi athletics stadium in Pune, 18-year-old Ravikiran Francis Siddi’s torso appears as a ripple of lean muscle as he bursts from the starting line, with arms pumping rapidly and feet churning in a circular motion. Shoelace worn and frayed, he stops and moans with exertion. But he is not done for the day yet.

Each dash towards the finish line is an explosion of effort, the teenager pushing his body to the verge of losing control until it takes a whole new meaning, about shrugging off the limitations of poverty and about living a priceless new identity.

“The idea of giving up has never crossed my mind. I remember my losses more vividly than my wins. My losses outnumber my wins though. It is all in the mind. When you win, you will get carried away with your inflated sense of superiority and overlook your flaws. But every time I lose, I sit back and reflect more deeply about myself, where did I go wrong, or what could I have done differently and ways of improvement!” he talks ecstatically. Built slim and strong, Ravikiran belongs to the native African Siddi community residing in the densely-forested areas of Northern Karnataka. The Siddis descend from a group believed to have migrated from Africa to India about four centuries ago.

Also read: How football is giving hope to the slum kids of Dharavi

Long relegated to a lifetime of discrimination, exploitation, and violence, the Siddis are still trapped in the quagmire of poverty and unemployment. But there is a dream locked away in their eyes, and Ravikiran stirs hope in them.

“He participated at the Karnataka University Meet last year where he came second. It was unfortunate that he lost his gold medal by 0.04 seconds. Had he qualified, he could’ve participated at the Khelo India University Games. He has plenty of potential. Our next big aim is to see him qualify for the World Athletics Under-20 Championships,” says Nitish Chiniwar, founder of Bridges of Sports, a not-for-profit organisation helping children from tribal communities train in sports.

For some more than others, the path of success is riddled with obstacles. Son of a farm labourer, Ravikiran’s perseverance has propelled him from his humble origins to the pinnacle of the sport. 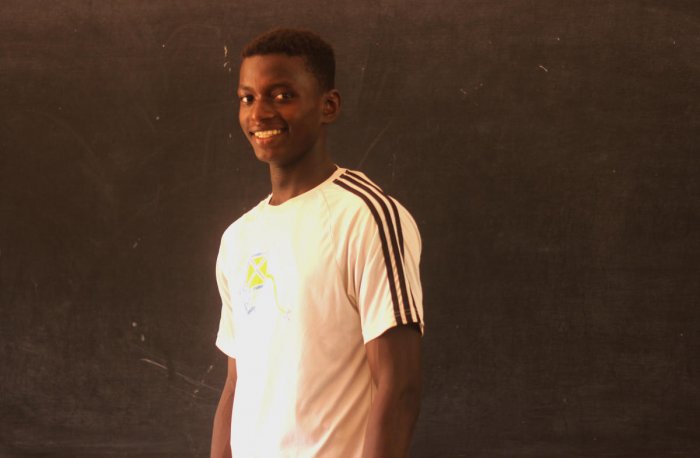 “We learnt about his interest in athletics. In fact, during a local competition in the village, Ravikiran ran 100 metres in 11.3 seconds with no prior training. We realised he has good potential and can do well in the future. Anyone looking to perform the best of their ability needs to be dedicated to their sport. Ravikiran has committed to being honest, sincere, hard-working, and responsible in his sport. The 11.3-second mark has come down to 10.7 seconds now,” explains Nitish.

Beyond the vital impact of changing the course of his life, the satisfying finish line of big hurdles painfully extends with every milestone that Ravikiran achieves. It was a stroke of luck, he says, that he stumbled upon this organisation.

“A friend named Jackson was to be auditioned for athletics when he suggested I should chip in too. I managed to complete the race in 11.3 seconds. Thanks to their support and encouragement that I have come to find a career in athletics. I want to represent my country one day,” he avers, shading himself from the rising sun.

“He is bringing a name to the community. We have seen Usain Bolt on TV. After seeing that I told my son, you have to give it a shot once in running and only then do other work. We have been undermined and scared to venture out of our comfort zones. So to see my son achieve something in sports makes me proud,” Ravikiran’s father, Francis Siddi was quoted as saying.

There is still much work to be done.

Ravikiran slips out the curtained doorway once again, in search of the finish line at the burst of his elite speed, as the sky over his lean stature eventually brightens.

“Not fast enough!” he reminds himself.

With torso upright, shoulders relaxed, and stride length wide enough, he attempts to glide to the finish line for the tenth time.

I stood enthralled, as he appeared to have floated over the track in the blink of an eye.

“Fast enough?” I asked. He turned his head, a slight grin playing on his lips.