Ancy Sojan, who impressed at the recent Khelo India Youth Games (KIYG), along with Sandra Babu have been picked in the 25-member Indian squad for the 9th Asian Indoor Athletics Championships that will be held next month in Hangzhou, China.

Ancy had leapt to a record 6.36 metre in the long jump event in the KIYG that was held in Guwahati this month, and had been given a call-up to the India camp for the South Asian Games, which was held in Kathmandu. However, the athlete had skipped the Games to compete in the Kerala state school athletics meet in Kannur and the national school meet in Sangrur.

The 18-year old finished the KIYG with her personal best jump of 6.30 metre. It was also the season’s best and the best among under-20 girls in India.

Sandra, on the other hand, will compete in the women’s triple jump event. The athlete, hailing from Kannur, had recorded a personal best of 13.28 metre in the All-India Inter-University Athletics meet that had been held in Moodibdri early this month. Another athlete from Kerala, Mareena George, has been selection in the Indian squad and will participate in the pentathlon event.

There will be no national camp for the Asian Indoor Athletics Championships.

“Majority of the athletes in the national squad have been picked after the recent performances in the Khelo India Youth Games and all-India varsity meets. Most of them are catching up with their studies and will be appearing for their respective board and varsity exams too. So a camp may not be possible,” P Radakrishnan Nair, the deputy chief coach of the Athletics Federation of India told Times of India. 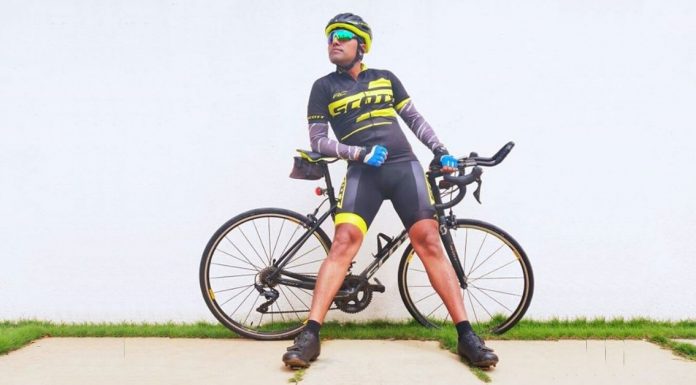 Press Trust of India - Modified date: July 2, 2020
For Lt Col Bharat Pannu, celebration after pedaling over 4,000 km on an indoor trainer to complete the Race Across America (RAAM) meant sleeping once again like normal people. In cycling circles RAAM is considered to be one of the toughest races. The coronavirus outbreak...
Read more