Published: 21 April 2018 8:43 AM GMT
After threatening to do so for a long time, Hima Das has finally ended India's wait for a track medal at the IAAF World U20 Championships. The 18-year old from Assam who spectacularly announced her arrival at this year's Fed Cup right before the Commonwealth Games has been on a steep curve of progress. The U20 medal is just one small step in her career at the moment. The 18-year old clocked 51.46 seconds to claim the top position. Romania's Andrea Miklos came second with 52.07 seconds while USA's Taylor Manson clinched the Bronze with 52.28 seconds. Hima was clearly a cut above everyone else as she started with a conservative beginning and ended the race with a spurt of speed just when people thought that she had fallen too far behind to catch up. 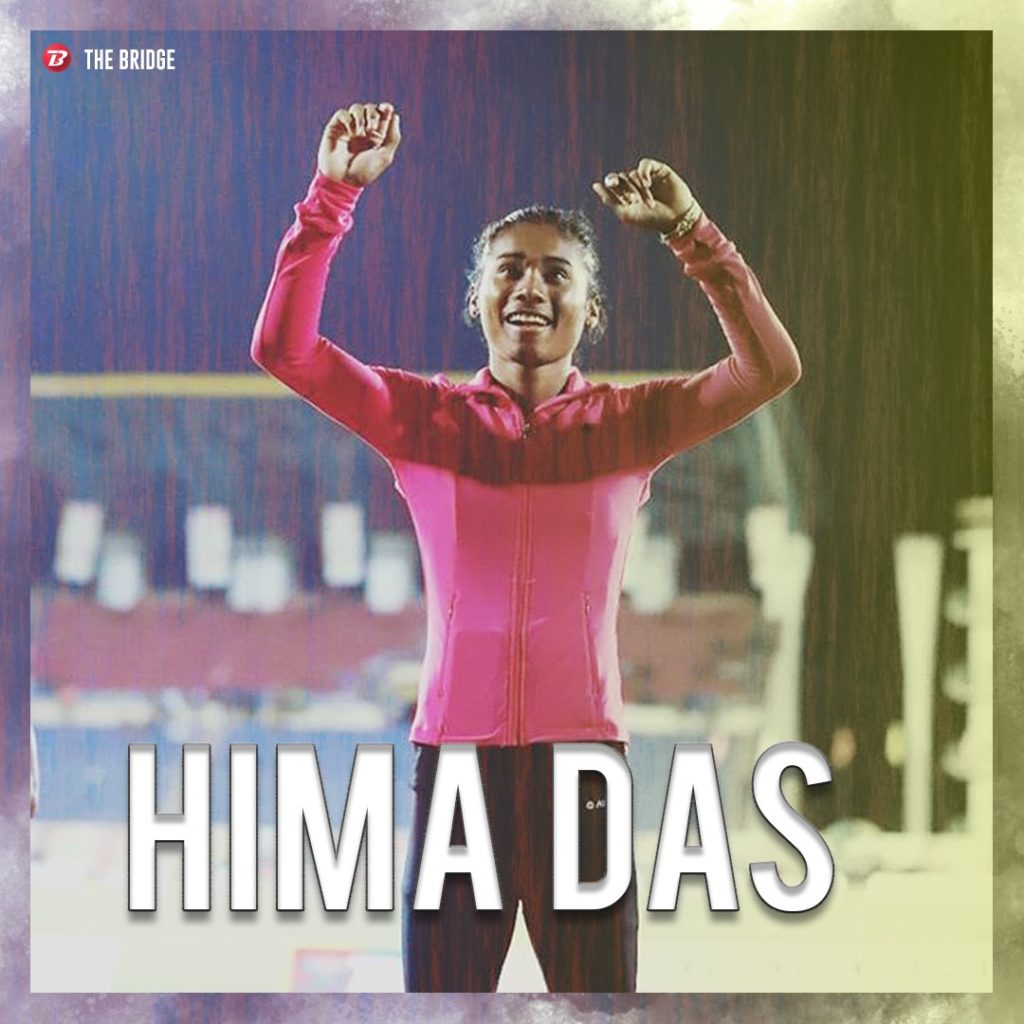 Earlier in the tournament, Das had also finished on top in the 400mt semi-finals with a timing of 52.10 seconds. She also holds the Indian U20 record when she finished 6th in the Commonwealth Games with a timing of 51.32 seconds. She is certainly a prospect to watch out for in Jakarta when she will be representing India at the Asian Games. After the Gold Coast Games, the 18-year-old from Assam's Dhing village held the distinction of the best ever finish for an Indian woman sprinter in the history of the Commonwealth Games (6th place at the 2018 CWG), but the confidence in her voice suggests the best is yet to come.

Hima's new personal best 400-metre timing (51.32 seconds), established at the CWG, is the best in Asia this year. By 1.71 seconds, an astronomical figure on the sprint track. In fact, the four fastest 400m sprints registered by Asians in 2018 have all been by Hima. The Jakarta Asian Games in August will be only her second competition on the senior circuit, but the numbers augur a gold medal. Since PT Usha, only one Indian woman sprinter - Saraswati Dey Saha - has struck gold at the Asian Games.

Being part of history is something Hima seems to have understood will be a logical part of her career. "I wanted to do something new. The support that I'm getting now might mean I'm on course," she said.

"At the CWG, I competed with the best runners in the world for the first time. I observed how they do the little things differently. The next time I get to run with them, I shall surely medal," added Hima.

There were more than 30,000 people at the Carrarra Stadium on the day of the CWG sprint final - the volume of their shreaks rising with the seconds as Hima made her final dash, coming up from the rear at the very end to finish just behind the leading pack. "Everyone would feel a little nervous on seeing such a big crowd for the first time," said Hima. "But I have this special Assamese phrase which I hold close to my heart - Mon Jai - which means anything is possible," she added.

Not only has Hima's 6th place finish at the CWG received praise from all quarters, her swagger on the track has stood out as well. Hima said, "Like a footballer raises his hands after scoring a goal, my pre-race gesture with the hands and saying the Assamese phrase to the camera make me feel as if I'm in the zone."

Even if a CWG medal proved to be just beyond her reach, Hima's performance fulfilled the promise she had made before the Games.

She said, "I do what I say I'll do. I told my coach I'll decrease my personal best by half a second, and that's exactly what I did. A medal was always going to be tough." Hima came up with two new personal bests on consecutive days at the CWG. Those two runs are the 18th and 25th best in the world this year as of now. In 2018, eleven women have run faster than her - all of whom are from Africa, Jamaica or USA.

The sparkle of India's 66 CWG medals has set off something close to an euphoria, but in a quieter corner, the dream Hima Das has sparked continues to burn as brightly. https://twitter.com/TheBridge_IN/status/984054471733882881
Asia Assam Commonwealth Games 2018 Hima Das India Milkha Singh sprinter
Latest Videos
Next Story
Similar Posts
X
X