A podium finish at Commonwealth Games is what the vision is: Harinder Pal Sandhu 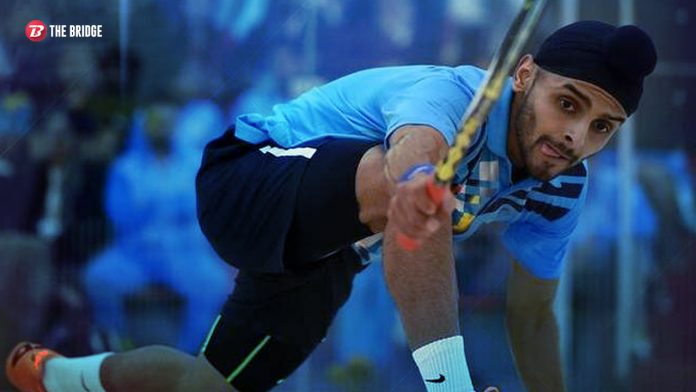 Last Updated on 1 year ago 5 min readWhen someone says Mohali, you think of Kings XI Punjab. But the Commonwealth Games begin in less than a week so maybe now is a good time to brush your memories regarding someone else who you might want to look out for  in the next three weeks.

Back in 2014, Mohali boy Harinder Pal Sandhu won a rather strenuous match against Malaysia’s  Mohd Azlan Iskandar. Following that Saurav Ghoshal won the second match for India and like that, the Indian Squash team won their first gold medal in the Asian Games.

For Harinder, finding his way to squash was a straightforward one. The innate sporting culture of Punjab found its way to his school where Harinder experienced his early days of squash. Squash was not any different from football or cricket.

‘We had two squash courts in our school and squash was being played like any other sport in the school. The school coach selected me to play and just the fact that the sport was so challenging and new got me hooked.’

Getting hooked because of the demanding nature of the sport, would eventually lead to a gold medal in the Asian games. While talking to The Bridge, Harinder reminisced the gold medal victory and talked about how much the victory worked in terms of motivation. Asian countries have always had a strong hold in squash but the yellow metal had been eluding India.

‘I have to say that the  Asian Games gold was definitely the biggest achievement for the Indian squash team. We had been eyeing it for a while before the games and seeing it turn into reality was a big confidence booster.’

However, Harinder did not enjoy the greatest of luck in his career and was plagued with serious injuries repeatedly. This caused a major drop in his rankings and he dropped out of the top 100. But Harinder chose the practical way out of a dismal situation. Instead of competing on a level that he was clearly not fit for, he chose to take a step down. 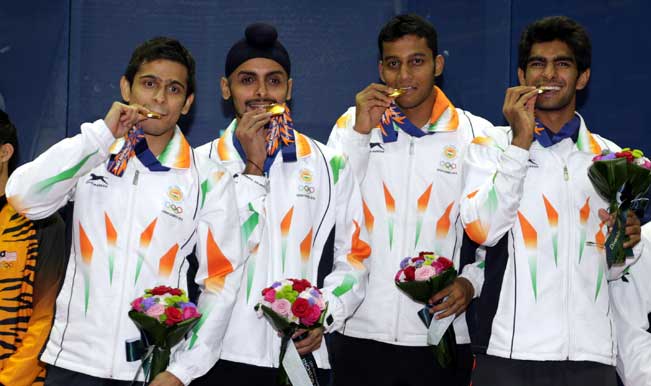 He turned his attention to lower-tier squash which enabled him to keep going. ‘The only tournaments I could play in were the smaller tournaments. I did not start well but once I got match practice and kept pushing in those tournaments I got my rhythm back and got my ranking higher.’ said the 28 year old.

Having regained his confidence, Harinder is now set to make a return to compete on bigger stages. ‘Those tournaments helped me to get back my confidence after being out of the game for almost a year. Now the main focus is to do well in the bigger tournaments and challenge the top 20, top 10 players,’ he said.

In spite of hardships that the Mohali boy faced in his career in squash, Harinder came out strong. But he is quick to acknowledge the support that he received from his family. Unlike sports like cricket, there is no guarantee of a comfortable or luxurious life even if you are not the best in the sport.

‘I have no qualms in admitting that my family is my backbone.Coming from a small town of Mohali and taking up a new sport as a kid without thinking of the financial benefits is something I am very proud of. But I wouldn’t be here without my parents. They are my role models.’ Harinder admitted.

Beyond the realm of family, Harinder admits to being an admirer of James Willstrop, the former world no.1 from England. His other source of inspiration comes from David Palmer, under whom he had the good fortune of training.

‘There are a few legends of the game that I admire a lot. James Willstrop in his style of play and the way he conducts himself on the court is absolutely stunning. David Palmer of his sheer hard work, determination and his physicality. I have had the honour of training under David Palmer in Orlando for a few years,’ he said.

Harinder has been on a steady upward curve in the last year and he continues moving up the ladder after breaking into the top 100 again. Sitting at 49, he said, ‘ Top 20 is something that is one of my major goal for the upcoming year. There is a lot of hard work still to be done for the upcoming year. To achieve that, I am ready to give my all.’

Over the last few years, squash has gained a considerable amount of popularity as well as success. According to Harinder, taking the instance of the manner in which the Senior Nationals were held in Chennai in 2017 he feels that the popularity will only increase as the sport is headed towards the right direction. ‘Developments like this will help the sport to get closer to the general public and raise their interest when they see us on TV and in papers with the help of media,’ he said

Owing to the success that squash has been enjoying for the past few years, more and more youngsters are taking the sport up. From Harinder’s point of view, the new crop of kids is already ahead of the older lot. ‘They have technology at their fingertips to learn how the top players are playing and adapt to the skills on show on the PSA world tour,’ he said.

But he also pointed out how a lot of athletes start out in a frenzy but fade away into obscurity before they are of age. ‘We see a lot of players playing in their juniors and then they slowly fade away in their seniors.”

“There are a few upcoming juniors that are doing well in tournaments like the British Open, Asian Juniors and I hope they stick to it and make a mark on the professional tour as well,’ said the Asian Games Gold Medalist.

However, for now, it is not about breaking into the top 20 or questioning why youngsters fade away before making it big. Right now, it is all about the next three weeks at the Gold Coast Commonwealth Games.

Speaking of his prospects at the CWG, Harinder was hopeful yet cautious. He said, ‘Main aim is to stay focused throughout and take it one match at a time not looking too far ahead. The podium finish is what is in the vision but will be great if I could make it possible to see our flag flying highest on both the finals day.’

It is now, only a matter of days before we see if once again, Harinder can turn his dream into a reality at the Commonwealth Games.

Proma Sanyal
I'm officially a History graduate but I probably am better with sports, literature and patting dogs!

As many as 30 wrestlers from India - 10 each in the men's and women's freestyle category along with 10 more in...
Read more
News 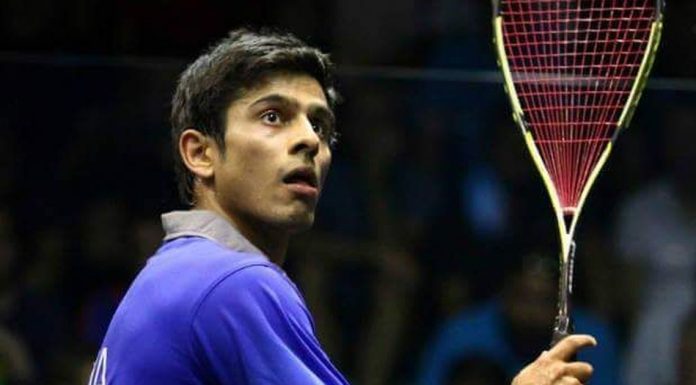 Umaima Saeed - February 15, 2020
Saurav Ghosal and Joshna Chinappa will be hoping to scalp their 13th and 18th title respectively after reaching the final of the Senior National Squash championship. Saurav scripted an 11-9, 11-1, 11-8 victory over 21-year-old Abhay Singh, while...
Read more