Coming week’s National Inter-State Athletics Championships in Guwahati would not see the appearance and performance of three star athletes due to various reasons. This inter-state athletics championship stands as the selection meet for this year’s Asiad in Jakarta. According to a report in The Hindu, Olympian Tintu Luka, star athlete at last year’s World Athletics: Anilda Thomas, and triple jumper K Kamalraj are the three athletes who have decided to pull out of the championship.

As of June 23, Javelin Thrower Vipin Kasana and discus thrower Seema Punia have decided to drop out of the meet too. This would obviously go on to mean that the Athletics Federation of India would have a limited pool to choose Asian Games athletes from.

Punia had been newly indicted into the Target Olympic Podium Scheme this year. Her exclusion from the Asian Games squad would be of particular consequence to Team India at the multi sport competition given that she had won the Gold in this event in 2014.

Olympian Tintu was down sick, hit by dengue fever at the Asian Championships in Bhubaneswar last year. Though she was showing positive signs of getting back to shape, severe pain in her heel a few weeks ago forced her to play it safe once again. Tintu’s coach,  P T Usha told the press on Wednesday, “Tintu has been having pain in her heel for some time and she is unable to jog, she has just been cycling.” On the other hand, Jessy Joseph who is another 800m star and almost equivalent to Tintu, will be making her comeback at the Guwahati meet. She was off the track for nearly two and half years with an injury. Usha, who also happens to be Jessy’ coach told the press on Wednesday, “She will be competing just to get a feel of things, not for any serious timings. She should be in good form in another two to three months.” 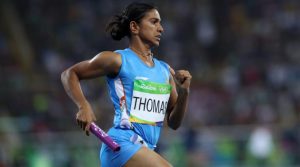 Another star who has decided to back off from the championship is Anilda Thomas, a 4x400m relay runner at the last Worlds in London. She had to pull off due to an injury itself. Also, K Kamalraj, the Tamil Nadu triple jumper, who suffered a hamstring problem while winning the junior Asian gold in Japan recently, is the third athlete who has decided to skip the Guwahati meet. Kamalraj told the press, “There is still some pain, I’m unable to jog.”  This 19-year-old sports star had qualified for next month’s under-20 Worlds in Finland with a personal best of 16.41m in the Junior Nationals in Guntur late last year. 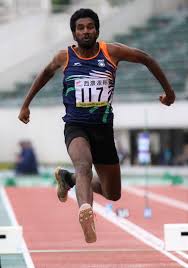 On the other side, Romanian Bedros Bedros Bedrosian who is the National coach for long and triple jumps, expects Asian Bronze Medallist, Nayana James to go past her personal best after changing her long jump technique from the ‘hang’ style to the two and half step hitch-kick. The upcoming championship is definitely going to miss the stupendous stints of these three spectacular athletes who had to pull off the game for now due to the unexpected circumstances. What the rest has to show, is yet another must watch for sure paradigm to the world of athletics! 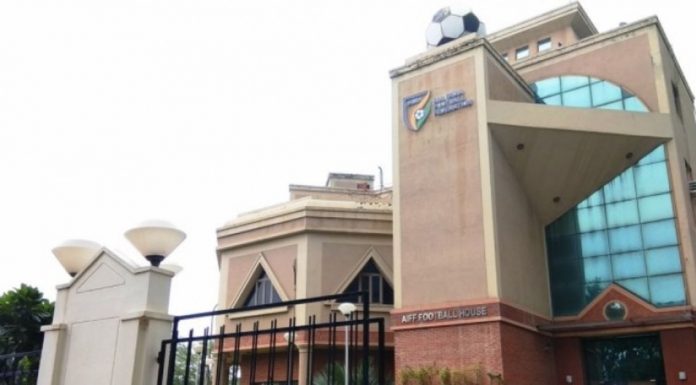