Time for India to take notice of Basketball | By Divya Singh The first emotion that grappled onto me as I watched the Indian team inch so close to qualifying for the Quarter Finals at the Asian Games against host nation Indonesia and then helplessly fizzle and succumb to the World No. 58’s was an acute sense of sadness.

All the dreams of the players must have come crumbling down as with that loss, India had to bow out of basketball for the remainder of the Asian Games tournament. Being associated with the nitty-gritty of the sport ever since I was a girl of 10 growing up in Varanasi, my stint as a former captain makes me take pride in the fact that the Indian Women’s Basketball team was always the fiery kind. It has been a group with all the spirit and potential as they tower over opponent nations with all their enthusiasm and have been at the receiving end of victory after victory on so many occasions.

Yet, that fire which burns within every player in the Indian team is somehow getting doused by several influencing factors. That flame doesn’t rage so brightly as it once did, it wavers and flickers like dying embers.

India being the vast country it has always produced strong women’s basketball players although the sport as a whole has been glossed over by the nation pushing it to a far corner of neglect. In a cricket-oriented country, this is the issue which most sports have to face, and basketball has fallen victim to that same onslaught. There is a lethargy somewhere in the system which is pulling strings and posing as an obstacle to the wholesome growth of a team.

Yet there is so much potential in the team, with players like Jeena Skaria, who heads the group now and Stephy Nixon. With India, talent will never be an issue. There will always be plenty of it if you are turning and looking under the right stones. Take for example in the 2017 FIBA Asia Cup, India was competing in Division B and outplayed Uzbekistan and Sri Lanka in the group stages. In the knock out stages, they defeated Fiji, Lebanon and Kazakhstan. This performance has granted them a promotion to play in Division A during the 2019 FIBA Asia Cup.

On the one hand as commendable as the Indian Basketball team’s outing maybe, the Asian Games has never been a useful ally for Indian basketball. With the Men’s team not being able to meet the IOA criteria to go for the Games, the onus again fell on the 5×5 Women’s side to prove their mettle. During the 2014 Incheon Asian Games, when I had been an Assistant Coach to the team, India had lost their quarterfinals against Japan. They defeated Mongolia in the classifications but eventually lost to Kazakhstan to end up in 6th position out of 11 nations.

The harsh statistic says that with this loss at ASIAD 2018, India has now fallen to 0-11 in their last 11 international games in the Commonwealth Games, William Jones Cup and soon the Asian Games, in which they lost the first three games too.

For a team ranked World Number 45, this is incredibly surprising. It hurts to see them somehow go to the higher stages of any multi-sporting saga and falter at crucial moments. The potential is there. The talent is there. But all in all, they cannot manage to realise their dream of winning a medal. Somewhere there is a vast and gaping lack which needs attention right away. It is only with proper coordination between the players and the Basketball Federation of India (BFI) that the team can dream of prospering. There are so many things that require to be improved, and it’s high time that things changed for the better to hone these splendid talents into stronger basketball players.

It’s never a nice feeling to witness a team I called my failing to make a mark or showing streaks of significant improvement. The younger generation has advanced by leaps and bounds in all other sports and is winning medals at an unbelievably young age. Somehow basketball fails to get it’s due recognition or the encouragement even with all the talent coursing through the length and breadth of India. You see, having skill only doesn’t do it in a team sport. There needs to be a specific modus operandi abiding by which a team can scale the higher heights and reap the fruits of their efforts in the form of medals at platforms like the Asian Games.

India needs to sit up and take notice of the potential of Women’s Basketball in this country. India needs to break open the floodgates of talent and ensure that it doesn’t get carried away downstream caught in the current but is held on to tenderly, nurtured and channelised in the right direction so that Indian basketball can bloom and grow and it’s fire rage strongly again.

The National Institute of Sports (NIS) has decided to revamp its admission policy for its sought-after diploma coaching course where 46 athletes (men and...
Read more
News

The Sports Authority of India (SAI) on Tuesday started activities in two out of its five stadiums in the national capital after the central...
Read more
130,898FansLike
12,126FollowersFollow
7,144FollowersFollow 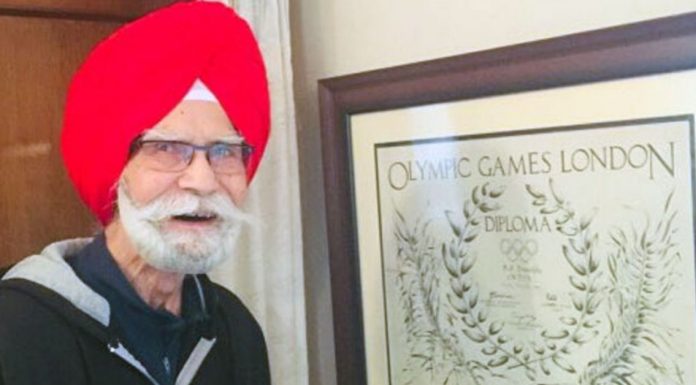