Queen of Seoul: How PT Usha’s five-medal haul at the 1986 Asian Games left a mark on Indian Athletics Athletics in India is at a transitional stage right now. Years of ignorance had left the sport and the athletes in the dark.

Although things are much improved now, with excellent facilities being provided to skilful young athletes, the sport itself has a long way to go.

However, there was once a time when athletics was one of India’s primary disciplines. About three decades ago, when PT Usha was still on the tracks, the sport had a different swagger in India.

PT Usha had made her name before the 1986 Asian Games in Seoul.

Four years earlier, in New Delhi, an 18-year-old Usha had won two silver medals in the 100m and 200m events, respectively. The youngster was one of the most brilliant up and coming athletes at that point-in-time. She even came close to becoming the first Indian to win an Olympic (1984) medal in athletics, only to finish fourth by 1/100th of a second.

Nonetheless, the Indian athlete shrugged off the disappointment and delivered a stunning performance a year later in Jakarta, where the Asian Track and Field Championships (1985) was being held. She won five medals at the meet, foreshadowing her performance at the Asiad a year later.

Usha went into the 1986 Seoul Asian Games as one of the heavy favourites in more than one categories. Her quest for gold was given a further push when athletes from ten countries withdrew due to political reasons and conditions. The games were thrown further into turmoil after a bomb blast had rocked Seoul, a few days before the start of the pan-Asian competition.

Amidst all the chaos, a 22-year-old PT Usha took to the track and delivered an all-around performance which will go down as one of the best in the history of the games.

The Indian athlete took part in several short-distance runs and won medals left, right and centre. Her infamous sprints in the 200m, 400m, 400m hurdles and 4x400m events set a new record at that time and subsequently won her gold medals. 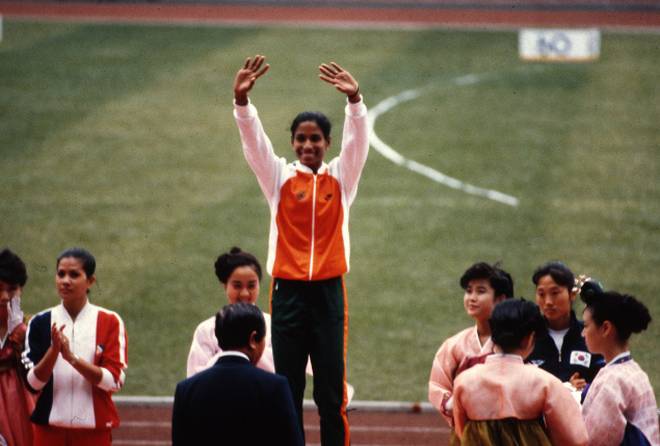 In both the 400m and 400m hurdles, Usha won by some margin, utterly decimating her competition. In 200m, however, the matter was very close, with Usha edging her opponent Lydia de Vega by a whisker.

In doing so, the Indian had exacted revenge on de Vega, after the Filipino had beaten her to gold in the 100m event.

Overall, Usha finished the 1986 Asian Games with four gold and one silver medal, giving meaning to the term, absolute domination.

Speaking to ESPN in an old interview regarding PT Usha’s performance, senior journalist KP Mohan had this to say, “By the time she walked away with four gold medals and silver from the Seoul Asian Games, a grateful nation had identified itself with the long-striding girl from Kerala. From then on, every aspiring girl athlete wanted to follow in the footsteps of PT Usha. Usha’s name became synonymous with Indian athletics, nay Indian sports.”

To this day, PT Usha’s is considered as one of the best sportspersons the country has ever produced. Her five-medal haul at the 1986 Asian Games is supposed to be one of the best individual performances ever.

However, the 1986 medals wouldn’t be the last ones for Usha. The legendary runner won several medals at subsequent Asian Games, as well. Although she never won gold at the Asiad again.

Usha finally retired from the track in 2000, winning over thirty medals at significant international events such as the Asian Games. She left ger field with the hope that many would follow her in achieving what she had accomplished.

However, since her retirement, Indian athletics went into a dormant mode and was massively ignored, until recently. One can say that the field has been mistreated as well, not being provided with the attention it deserved after Usha’s performance. 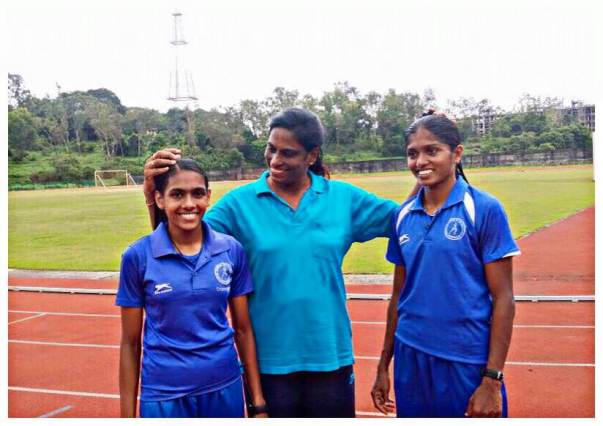 Recent developments in the field of athletics show that yet another golden age of Indian track and field might be on its way. Young athletes such as Tejaswin Shankar, Neeraj Chopra, and Hima Das have come to the fore, with the latter participating in the same events as PT Usha.

Athletes of the newer generations will not learn about the hardships the field and the athletes had to face for over three decades. However, they will learn about the time when the Queen of Indian Track and Field ruled over the city of Seoul.

Also read: Sarwan Singh: An Asian medalist whose achievements were erased by time 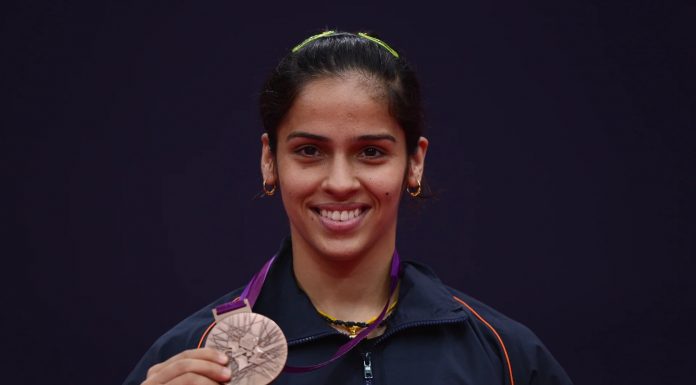 Prakhar Sachdeo - Modified date: April 4, 2020
As Saina Nehwal's glittering career winds down it is time to look back at top-five memorable feats of her career.
Read more