Neeraj Chopra’s Asian Supremacy and the making of a champion

The latest phenomenon in athletics circle has done it yet again. Neeraj Chopra, the javelin throw sensation, triumphed over one and all to clinch the gold medal at Asian Games. In the process, he became the first Indian to win a javelin gold medal with a new national record of 88.06m, which is also his personal best.

He also became the second Indian to do the double treble of CWG and Asiad gold in the same year after the legendary Milkha Singh did in 1958.

How did Neeraj Fare in Asian Games 2018?

But what is more stunning is that in this competition, where all the other javelin throwers were struggling to get the above 80m mark consistently, Neeraj, on the other hand, was pulling it off effortlessly. How? Well, here, we will be comparing his overall throws with the silver and bronze medallist in this competition. China’s Lin Qizhen, who finished second, crossed above 80m twice, with throws of 82.22m (his personal best) and 81.43m while other four of his throws were below 80m. Pakistan’s Arshad Nadeem, the third place thrower, had just one above 80m throw, with a throw of 80.75m and the rest were all below 80m.

This also means that if all of the throws were to count as individual medals, then he would have had swept all three positions comfortably.

Consistency Is The Key

The 20-year old has been on an upward spiral since the start of the season. In February, he came first in Offenburg Speerwurfmeeting in Germany with a throw of 82.80m. Post this, he bettered his CWG mark with 87.43 in Doha Diamond League but was placed fourth. He then finished sixth with 80.81m at Eugene Prefontaine Classic. After a month, Neeraj was back in action by finishing fifth in Rabat Athletics meet in Morocco with 83.32m. Four days later, he came first in Sotteville Athletics Meet with a throw of 85.17m. He also came first in Lapinlahti Grand Prix in Finland with a throw of 85.69m before going off for Asian Games.

Has Been Consistent From Junior Level Too

The shaping up of Neeraj the phenomenon took under the watchful eyes of Gary Calvert, who died this year in July when Neeraj was training for Asian Games in Finland. The Australian, who served as javelin coach of Indian team from April 2016 to February 2017, was instrumental in Neeraj for where he is today.

Like the junior world record in Poland was recorded under his guidance only. When Gary joined the team, Neeraj was throwing around 82m. By getting the rotation technique, Neeraj started to go beyond 85m. Though he now trains under national coach Uwe Hohn in Finland, the contribution of Gary Calvert will always remain ultimate.

What Next for Neeraj now?

The road will now get tougher for Neeraj. Next year will be the World Championships in Doha and Tokyo Olympics in 2020 is a long-term target, where he will be competing with the best from the whole world. With the German trio of Johannes Velter recording 92.70m, Andreas Hofmann recording 92.06m and Thomas Rohler recording 91.78m this year, Neeraj has to be at his fittest best to be able to cross the 90m barrier and seeing the tremendous form he is in right now, it won’t be a surprise to see him passing that mark in the near future.

The Sports Ministry had on March 22 announced that facilities under SAI across the country will be made available for usage as quarantine facilities.
Read more
Fitness & Wellness

India has tightened its footing in global sports hosting some of the major sporting events of the world including Cricket World Cup, FIFA World...
Read more
Fitness & Wellness

Life is riddled with troubles and giggles. The struggles you have been through in the past would always have a reward for you in...
Read more
129,194FansLike
11,359FollowersFollow
6,949FollowersFollow 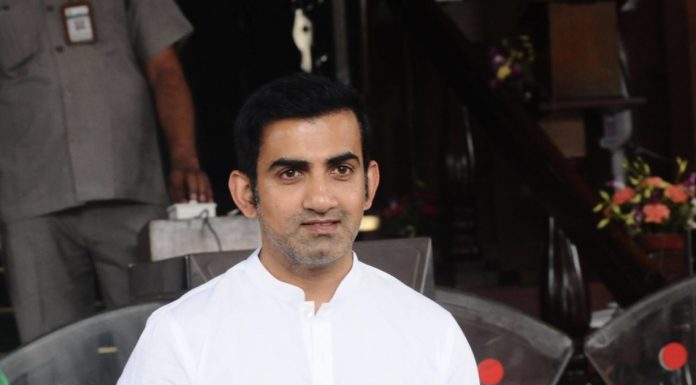 P. Divya Rao - Modified date: March 30, 2020
Former cricketer turned politician Gautam Gambhir again pledged Rs 1 crore from his MP LAD fund for the fight against COVID-19 pandemic. He was one of the first sports persons to donate any financial aid when he pledged  Rs 50 lakhs from MP’s fund and now...
Read more