It’s not often that you see a 30-plus boxer competing in the international amateur boxing circuit, especially in a country like India, where boxers above the age of 28 or thereabouts are considered to have passed their prime. Manoj Kumar is refreshingly different, and in another four months’ time, the Haryana pugilist will turn 32.

There will always be a bit of sneer talk about as to why a 31-year-old pugilist is being fielded for a tournament as big as the Asian Games. Surely, performance is the criterion, and Manoj has indeed ‘earned’ his spot in his new weight category – 69 kg for the upcoming Jakarta Asian Games – pocketing a hard-fought bronze medal at the 2018 Commonwealth Games in Gold Coast, Australia.

“It is just an Indian mentality as there is a general line of thought that boxers in the 30s are not good enough to compete at big-ticket tournaments. As far as I’m concerned, nothing should matter if you are fit as a fiddle and performing," says Manoj to The Bridge. 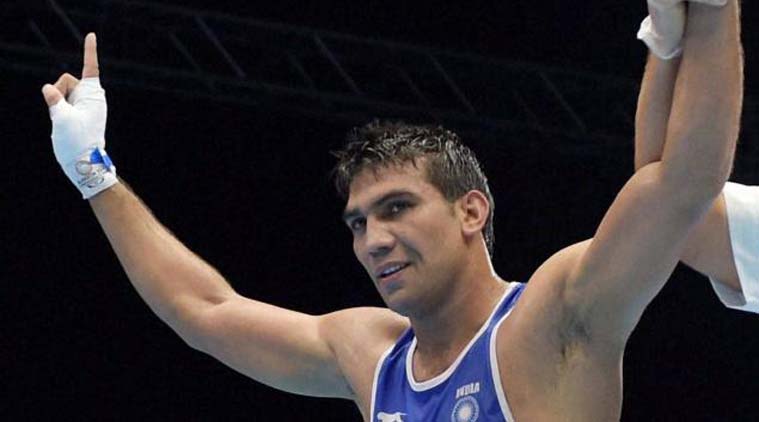 "My bronze medal effort at the 2018 Commonwealth Games is a clear indicator that I’m in good form and the right guy for the 69 kg category," he says as he brushes aside talk about trials not being conducted in this weight category for the Asian Games.

"My bronze medal effort at the 2018 Commonwealth Games is a clear indicator that I’m in good form and the right guy for the 69 kg category,"

Manoj is now keyed up to leverage his vast international ring experience and land the gold-winning punches at the Jakarta Asiad. “I’m staying focused and hoping to give my best shot in Jakarta. Our High-Performance Director Santiago Nieva has been offering the right inputs during training sessions; more importantly, he has loads of positive energy, and that has rubbed off on all of us. He treats all boxers equally, and we are happy to have him around,” he quips.

A resurrection within the Boxing Federation of India?

What has worked well for Manoj and other Indian boxers is the transparent selection process the Boxing Federation of India (BFI) has adopted in recent times. The federation factors in performances of pugilists from January 2018 with the CWG holding utmost importance, performance in camp, physical status and injury history while picking the side.

“This is the best thing to have happened to Indian boxing. Gone are those days when boxers could get picked in the national side by their performances in the most recent international tourney. Now at even at the national camp, every boxer knows he is being watched closely by the selectors; so there isn’t any scope for complacency,” Manoj makes his point.

Switching weight categories is never easy, and Manoj has done well so far in making a smooth transition to the 69kg division, winning bronze at the 2018 Commonwealth Games. “I have adjusted well so far; it’s all about enhancing your endurance for higher weight categories and tweaking your technique. Our High-Performance Director Santiago Nieva has worked on making my transition a smooth one,” he says.

"Gone are those days when boxers could get picked in the national side on the basis of their performances in the most recent international tourney."

The Indian pugilist, who had twice entered the quarterfinals of the AIBA World Championships, does not believe that any boxer is a favourite in any weight category and the upcoming Asiad will be a litmus test for him. “On any given day any boxer can fast or slow off the blocks, and one can’t take things lightly. I think every boxer competing in Jakarta will be a tough nut to crack and I’m gearing up to counter whatever is thrown at me,” he signs off with a chuckle.

Manoj along with his Indian boxing team members is leaving for England on July 15 for a two-week exposure trip and will back in India by July-end.

Also read: Boxers have failed to win more than an Olympic bronze-Is that our benchmark? | By V Devarajan