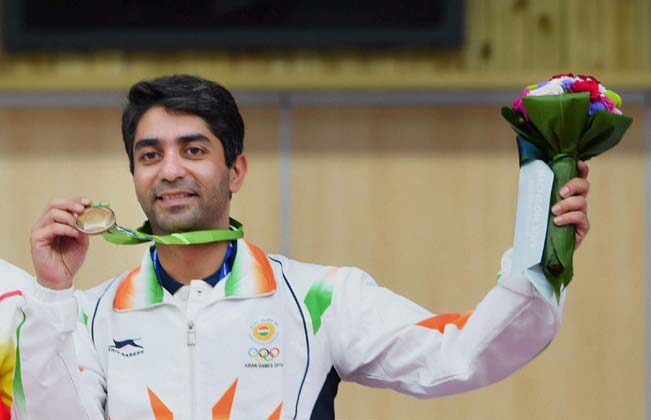 Face it! As much as we laud our better showing in the Commonwealth Games and Asian Games, India is not going to be a force to reckon with in the Olympics. Not now. Not in the foreseeable future.

No point getting riled up at ‘De’sperately publicity seeking twitterati. And my! Did we show her by winning one Silver and one Bronze medal!! A population that constitutes the eighth of the world, and not one Gold medal at the Rio Olympics?!

Olympic champions are not born. They are made.

It takes a dozen years of honing, polishing and nurturing talent combined with world-class training to make an Olympic champion.

It includes talent spotting at a young age, world-class training facilities, top coaches, unbiased and non-political administration and a Government that is able and willing to support the cause.

After all, the quest for an Olympic Gold is a single-minded quest. The parents, coaches, school, sports bodies and the Government have to work together. And anything on the world level to be done single-mindedly requires a seven-digit funding.

How many parents can afford to spend Rs. 50 lacs to a crore on their children to prepare them for the 2020 or 2024 Olympics?

Even if they can afford, how many of them are crazy enough to go through the quest knowing fully well that a debilitating injury or a biased politician or administrator can ruin the entire and expensive pursuit in a jiffy?

Not every parent is Bindra or has the sport’s lineage of Sindhu. They are brilliant exceptions for sure.

That is the real reason why we are not producing champions. While we laud Saakshi and Sindhu and present them with riches, which they truly deserve, what are we doing to nurture 12-year-old talented sportspersons who can win us medals in 2024?

India is a developing country in which 99% of its citizens cannot afford to spend a crore to create champions for the country.  That too, without any certainty. So, they would prefer that their children be Doctors, Engineers or MBAs. Blaming the parents won’t do any good.

Developed countries with sparse population and high capita income may not need socialist sports management, but the only way India can become a sporting force is by adopting a system akin to the Chinese.

These are 10 points that I feel the Government has to adopt and implement to transform India into a sporting force.

1. Talent in every sport should be identified at a pre-teen age.

2. Every state should have a residential infrastructure for state-of-the-art training and qualified, non-biased coaches in EVERY game. These National Sports Centers should be like Olympic villages with 3-5 Star facilities as the children chosen will be the cream of talent in the state.

3. The centres should be free of cost to the parents.

4. The sports centres should be tied up with schools so that academics can be scheduled ‘around’ the sport and not vice versa. The centres should have qualified nutritionists, physiotherapists, doctors and all other support staff required to create world-class athletes.

5. International exposure and athletes exchange schemes with developed countries should be promoted.

6. Transparent ‘ladder’ based system should be incorporated in the training programmes so that performances can be monitored and bias exposed. The training results/stats should be openly available online.

7. The sports centre should be built and managed in conjunction with the Central Government (Law and incentives), State Government (Land) and Corporate Sector (Funding).

8. Corporates should be encouraged to sponsor and manage the sports centres through a special Sports Development Responsibility (SDR) initiative by the Central Government which should be separate from CSR initiatives. 2% mandatory spending for corporate with over 1000 crore turnover should do the trick.

9. Additional tax sops should be given to any corporates whose sports centre produces medal winners at Olympics, Asian Games, Commonwealth Games and World Championships. This will provide added incentive for the sponsors to create champions.

10. A central committee should be formed with one ex-sports person of highest integrity to monitor the development of that particular sport and send quarterly reports to the PMO.

If these ten steps are implemented in a transparent and uncorrupt way, I assure you, India will win minimum ten medals in the 2024 Olympics.

The National Institute of Sports (NIS) has decided to revamp its admission policy for its sought-after diploma coaching course where 46 athletes (men and...
Read more
News

The Sports Authority of India (SAI) on Tuesday started activities in two out of its five stadiums in the national capital after the central...
Read more
130,898FansLike
12,125FollowersFollow
7,143FollowersFollow