Glory, Injury and Back To Podium: The Incredible Comeback of Rahi Sarnobat After the end of the final session of 25m Women’s Pistol shooting, Rahi Sarnobat and Naphaswan Yangpaiboon of Thailand were tied at scores of 34, a Games record score. It was a surprise for the viewers glued to the final as many were expecting the teenage sensation Manu Bhaker to breeze through the final, like the way she had topped the qualification charts with a qualifying record score of 593. But she had crashed out and had to settle for the sixth position.

Coming to the final, with the scores level, all in JSS Arena and others glued via television and live updates on the edge of their seats, the final was to go into a shoot-off. But with both Rahi and Naphaswan scoring four hits out of five, the final went into another shoot-out.

This was a huge relief for the experienced campaigner in sports pistol, who has been around the shooting scene for a decade and wasn’t in the best of them from in run-up to the Games and was on a comeback trail.

She was also the first Indian woman shooter to seal an Olympic Berth for 2012 London when she bagged bronze in 2011 ISSF World Cup in Fort Benning, USA. Though she finished at 19th position in London Olympics, Rahi made up for it by becoming the first Indian pistol shooter to win a gold medal when she won in 25m pistol event at the 2013 ISSF World cup in Changwon, South Korea.

Her excellent run continued in 2014 as well, winning the gold medal in 25m pistol individual event at Glasgow Commonwealth Games and In 2014 Incheon Asian Games as well, when she won the bronze in women’s team event of 25m pistol alongside Anisa Sayyed and Heena Sidhu.

The highs of 2014 were soon replaced with a long low phase. In 2015, Rahi was forced to take an extended break from the sport due to an elbow injury. The injury affected her form in the qualifiers ahead of Rio Olympics in 2016 and missed the bus for it.

But as it is said that the bad times pass away and good times come in, same was the thing with Rahi. In 2017, she zeroed on the former Olympic double bronze medallist Munkhbayar Dorjsuren for changing her mindset, technique, which meant rebuilding from the scratch. Incidentally, Dorjsuren, though born in Mongolia but represented Germany, the country from where Gaby Buhlmann, Abhinav Bindra’s coach in 2008 Beijing Olympics came as well.

The strains of staying away from the things you love and the process of rehabilitation from an injury is something which drains a sportsperson mentally and emotionally.

Dorjsuren was quoted saying after the final that “She had to change her technique and had to work a lot on the mental aspect of the game. She was already a high-level shooter and needed a tweak in the game. It was a close final, but I had prepared her for the shoot-off”.

And the hard work showed as well in the form of this glittering achievement in Jakarta. Next for her is the World Championship in Changwon, South Korea, a return to the place where she had won gold medal way back in 2013.

With the focus now on sealing an Olympic quota for Tokyo 2020 and the dark days well behind her, Rahi is all set to continue with her winning juggernaut.

National shooters Ankit Singh and Tanoy De have stepped out to provide food and sanitizers to needy and jobless during lockdown.
Read more
Coronavirus

Teenaged shooter Esha Singh on Sunday pledged to donate Rs 30,000 to the Prime Minister's Relief Fund in the fight against the COVID-19 pandemic,...
Read more
Coronavirus

While India is witnessing a total lockdown amid coronavirus outbreak, a new crisis has cropped up for the top shooters of our country. With...
Read more
Coronavirus

Abhinav Bindra vows to stand by his ‘team’ amid coronavirus crisis

"I can't claim to do much as India fights the corona pandemic but, despite, the uncertainty I am committed to my team for the foreseeable future. I will carry the load for as long as I can. Till we are back to helping our patients,athletes and clients," Bindra tweeted.
Read more
129,188FansLike
11,407FollowersFollow
6,961FollowersFollow 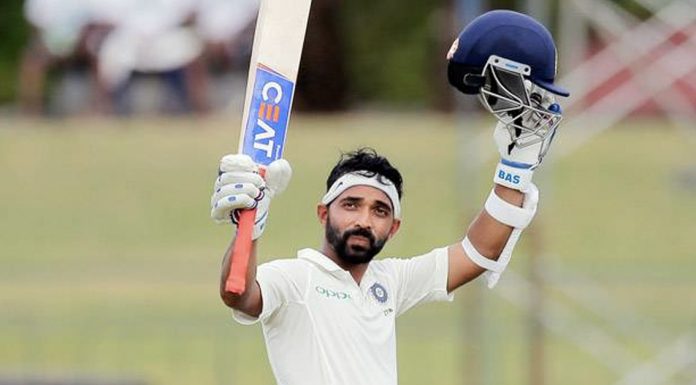 Press Trust of India - Modified date: March 30, 2020
India's Test team vice-captain Ajinkya Rahane has donated Rs 10 lakh to the Maharastra Chief Minister's Relief Fund for the fight against the COVID-19 pandemic. This was confirmed to PTI on Sunday by a source close to Rahane, who joins the list of sportspersons...
Read more