Dear IOA, kindly get your act together Fire and fury have been directed at the Indian Olympic Association (IOA) ever since it announced its high profile decision to exclude the Indian football teams from a berth at the Asian Games. Sentimental manipulation has been at play ever since with various factions, most notably the All India Football Federation (AIFF), coming out in full force to change the narrative and turn almost the entire country against the IOA.

The truth, in this case, seemed to be the least of anyone’s concerns. The IOA now became the villain, the bad guy in this ongoing saga of progress that the Indian football teams had supposedly been on. They were the ruthless establishment that stood in the way of that progress.

After all, Sunil Chhetri’s video had just popularised Indian football among the masses, right? So who were the IOA to dampen the spirits of an entire country?

Passion is understandably high. Facts, as a consequence, take a backseat.

Amidst all this IOA-bashing what slipped people’s attention was that other sports were being dealt an even harsher deal when it came to finalising the contingent for the Asian Games.

Maybe, once the dust settles, it will be clear that the Indian Olympic Association had followed the Sports Ministry guidelines to the letter when it came to taking calls on the football teams. For that, the organisation headed by former Hockey India Chief, Narinder Dhruv Batra, must be applauded. But the minute you start to dig a little deeper, shades of hypocrisy become so evident that it is hard to congratulate the IOA on its competent handling of football.

After all, Sunil Chhetri’s video had just popularised Indian football among the masses, right? So who were the IOA to dampen the spirits of an entire country? Passion is understandably high. Facts, as a consequence, take a backseat.

What happened to “sticking to the rules” when it came to Volleyball?

According to the Ministry of Youth Affairs and Sports and the guidelines that they laid down way back in 2014, for team events, only the top 8 teams in the continent are eligible for consideration when it comes to the quadrennial Asian Games.

This is the very criteria that the IOA based its decision of rejecting the football teams on as neither the Men’s U23 squad nor the Women’s senior squad is placed anywhere close to the Top 8 in Asia. For that matter, neither is Volleyball. So why exactly were the teams cleared to participate in Jakarta?

Also read: A tragedy of errors by the Sports Ministry and Volleyball Federation

The Volleyball Asian Championships took place last year, and neither the National Men’s nor the Women’s team participated in it. There was a drawn-out fight between two rival factions of the Volleyball Federation of India which led to the organisation being de-recognised by the international parent body for a specified period.

This non-participation means that the most recent Asian standing that we have of the Volleyball teams is from the 2015 Championships- where the men’s team finished 11th, and the women’s team were placed 10th. The justification given by Narinder Batra is that both sides are ranked among the top 8 in Asia and hence, deserve to be a part of the Asian Games extravaganza.

But is that the reason?

A quick look at the current officials within the IOA Executive Council throws forward a fascinating name listed among the organisation’s vice presidents. That name is Mr Kuldeep Vats. Back in July 2016, Vats, then the joint secretary of the IOA was caught in a legal battle with former Volleyball players.

Former captain Sandeep Sharma had alleged him “cheating, fraud and misappropriation of Rs 40 lakh from him.”

Even the Volleyball Federation of India itself is yet to come to a satisfactory conclusion as to who is heading the organisation. The VFI may have gotten their recognition again from the international parent body, but the in-fighting between Ramavatar Jakhar and Chaudhary Avadhesh continues unhindered.

The Volleyball Asian Championships took place last year and neither the National Men’s nor the Women’s team participated in it.

The fact that Kuldeep Vats’ name still finds a place among the IOA office-bearers may not be a coincidental convenience especially when the past performances of the Volleyball teams are taken into consideration. Is Vats the reason they were cleared by the IOA in the first place?

“It all depends on who is in control at the IOA at any given point of time,” says a former Volleyball player to The Bridge. “Federations would do anything to get clearance.”

“Think of the IOA elections as Lok Sabha elections for Indian sport. Federations having the most weight in each Council eventually are cleared for the tournaments of this scale.”

Let’s break down the above allegation. It should not be too tricky as incidents in the past already stand testament to this fact, in a classic case of history repeating itself

The last time a volleyball medal was won by India at the Asian Games was in 1986.

“Despite this, the team was denied a berth in the 1990 Asian Games,” says the former volleyball player.

“In 1989, we had a good performance in Asia where we beat teams like China. We were called for a National Camp in Bangalore, but there we found out there was a big war between the IOA president Sivanthi Adhithan and former President VC Shukla,” he added.

A team that won in 1986, that maintained a good standing in 1989 was denied a berth in the 1990 Asian Games. It is pertinent to note here that Adhithan had been associated with Volleyball having served as the VFI President previously. But in the months leading up the Asian Games, more power was wielded by VC Shukla which put an end to the team’s participation chances in the 1990 Asian Games.

“It is all a power play,” the former player concluded. “The IOA top brass needs votes and will do anything to make sure it gets them.”

You can find the list of Executive Council Members here.

This may have been the reason for Handball’s clearance too.

The recent developments in the sport have been scandalous. In the list of a 524-strong contingent which had been named by the IOA for the Asian games, only the women’s handball team had been cleared for participation.

Miraculously, when the draws for the Men’s Handball event were announced by the Asian Games organising committee, India had a place in Group D alongside Bahrain, Chinese Taipei, India and Iraq.

In the Asian Championships, the Indian Men’s Team had finished 12th out of 14 participating nations, but five teams who had completed ahead will not be participating in the Asian Games which makes a case for the Handball squad stronger.

Names have not been sent to the Asian Games organising committee as per the IOA, so exactly how was the Men’s handball team included? It may have had something to do with the fact that the treasurer of the IOA is also the secretary of the Handball Federation of India.

Names have not been sent to the Asian Games organising committee as per the IOA, so exactly how was the Men’s handball team included?

This man, Anandeshwar Pandey, may have come as the man of the eleventh hour for the Handball men. A show of power at the Asian Handball Federation has got the team included in the draws, and according to the technical book for Asian games handball, the team may be penalised should they choose to withdraw after the draws have already been decided. Quite convenient, isn’t it?

Since then, however, the Sports Ministry in the form of Rahul Bhatnagar (Secretary, MYAS) has put out a statement saying that back-door entries are unacceptable. A team not cleared by the IOA has no business being in the list of the travelling contingent at all

The Women’s Rugby team are the real losers

The women’s rugby team are currently in Kolkata in a government-funded preparatory camp for the Asian Games. The team famously won Silver at the Asian Rugby Sevens in Vientiane in February last year and had been invited to play in the Asian Series. Back then, there had been no sufficient funding for the tournament, and the team had been unable to go. Currently, the team is ranked ninth in Asia, and if there is any team sport which has seen an upward curve of improvement in the recent past, it’s rugby.

“In 2010, both men and women finished quarterfinalists, but in 2014, we were not cleared. We probably did not meet the criteria, but we had a clear-cut response back then,” says Nasser Hussain, coach of the Indian Women’s Rugby team to The Bridge.

“What hurts most this time is that there was no indication at all from them this time. We were in constant touch with the IOA up until the last moment, but the media releases informed us that we did not make the cut for the Asian Games. Nothing formal was communicated from their side,” he continued.

“There is no explanation, no justification. And some of these girls had been hoping to have a chance at this elite state. All the athletes who have put in the effort and the time and the commitment are the ones who are going to suffer.”

“They’re all amateurs. They’re all working. People have taken time off their work, some of them have quit their jobs because they concentrated just on Asian Games. Now they have nothing to fall back on,” Hussain concluded.

How fair is this? If the guidelines could have been relaxed for any team, why was Handball or Volleyball given precedence over Rugby despite the latter being better placed with a stronger case for inclusion in the Asian Games?

But we know the answer to this already. A quick look through the IOA office-bearers and one sees no names remotely connected to either football or Rugby in the list.

Sports, like everything, runs on who holds power at any particular moment. The chaotic shambles of Asian Games selection just drives the point home.

Face it! As much as we laud our better showing in the Commonwealth Games and Asian Games, India is not going to be a force to...
Read more
129,193FansLike
11,393FollowersFollow
6,958FollowersFollow 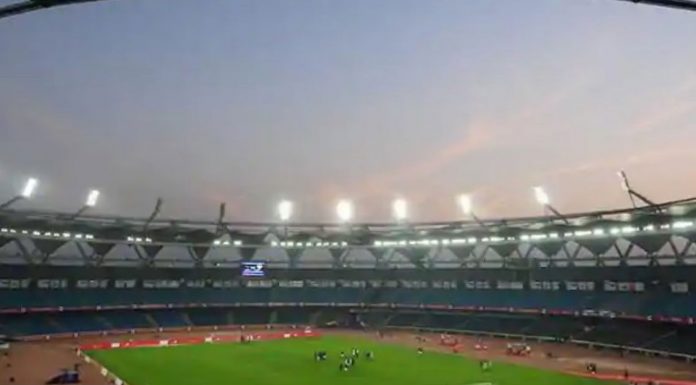 Press Trust of India - Modified date: March 31, 2020
The Sports Ministry had on March 22 announced that facilities under SAI across the country will be made available for usage as quarantine facilities.
Read more