Ashwini Ponnappa and Sikki Reddy crash out of the Asian Games in the women’s doubles quarterfinals after a loss to the World No 3 pair from China. Score: 11-21, 22-24

India ends contention with NO medal in Weightlifting after the 94kg lifter Vikas Thakur finishes 8th (out of 10 competitors).

#Squash | BRONZE for Dipika Pallikal in Women's Singles after she loses out to Malaysia's Nicol David in the semis.

He dropped 197 on his second and third Clean and Jerk attempts to finish Fourth with a total lift of 335kg.

PV Sindhu takes on Gregoria Mariska Tunjung in women’s singles Round of 16.

In case you missed it:

#TableTennis | The Draws for the Team Events are out and the women's Team have been drawn with China, Iran and Qatar in Group A.

India women lead Malaysia 15-3 in the first half of the classification 9th-10th place match.

Chirag and Satwiksairaj manage to salvage the match by winning the second game 21-19. On to the decider now.

#Badminton | SAINA THROUGH TO THE QUARTERFINALS.

Saina defeats Indonesia's Fitriani in straight games with a 21-6, 21-14 victory to reach the last 8 for Women's Singles at the #AsianGames2018.

Saina leads her Indonesian opponent by a game and 16-13 in the second game.

India’s Saina Nehwal takes on Indonesia’s Fitriani in women’s singles Round of 16.

No Indians in the 25mt Rapid Fire Pistol finals as both Anish Bhanwala and Shivam Shukla crash out. Anish finishes with a score of 44/50

Men’s High Jump | Chethan Balasubramanya qualifies for Final with best attempt of 2.15m in Qualification. The finals will be held on August 27.

Arokia Rajiv is the second Indian in the 400mt Heats which is now underway.

India’s Chethan Balasubramanya clears the mark of 2.05 in his first attempt in the Men’s High Jump event.

Muhammad Anas takes the track for the Men’s 400mt Heats

After the women’s team, the Recurve Men’s Team now progress through to the quarterfinals after a 5-3 victory over Vietnam. The team included Atanu Das, Vishwas and Jagdish Chaudhury

Women’s Recurve Team defeat Mongolia 5-3 to reach the quarterfinals at the Asian Games. It has been a disappointing start for Indian archery and hopefully, the Team events will see a retribution for that.

Athletics begin today and, as such, the pace at which this tournament was going just got faster. Indian prospects in athletics for the day include very many promising names like M Sreeshankar in the Long Jump event, Nirmala Sheoran and Hima Das and Dutee Chand in their respective sprint events.

So far, Indian badminton has been the biggest disappointment- particularly the Men’s Singles players. Two of the biggest and most viable medal possibilities- Srikanth Kidambi and HS Prannoy crashed out of the tournament after some horrific losses.

Yesterday saw India add on to its medal tally with 2 GOLDS and 3 BRONZE medals. How may more can we add on today?

Face it! As much as we laud our better showing in the Commonwealth Games and Asian Games, India is not going to be a force to...
Read more
130,948FansLike
12,134FollowersFollow
7,149FollowersFollow 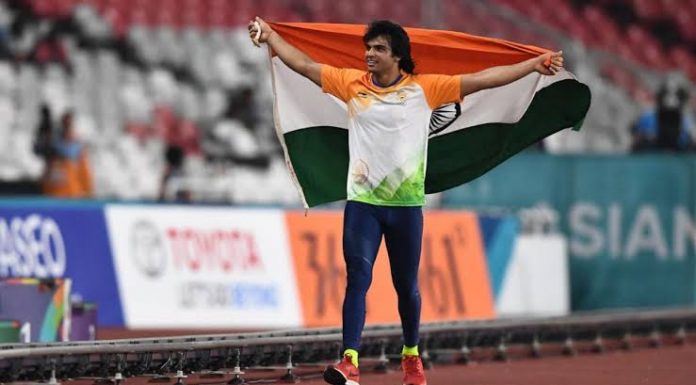