The meteoric rise of Saurabh Chaudhury 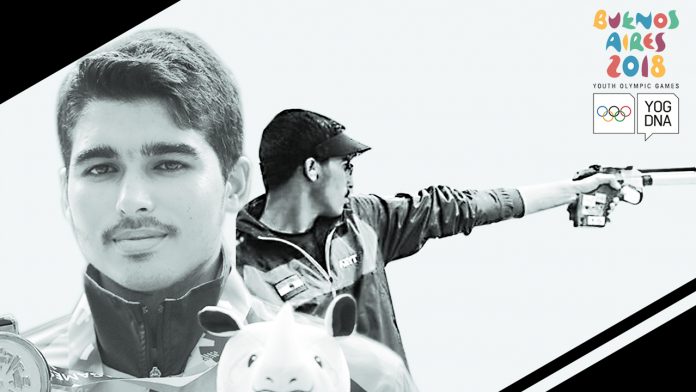 What were you people doing at the age of 16? Maybe confused in selecting a career for yourself, attending coaching classes for engineering and medical entrance exams, or just thinking that things will happen on their own.

Well, there are quite a few exceptions as well. Sachin Tendulkar made his international cricket debut at the age of 16, Abhinav Bindra won his first CWG medal at the age of 17.

If it was 19-year Lakshay Sheoran, who won silver in men’s trap shooting event, today was the turn of Saurabh Chaudhary, a 16-year old 11th-grade student, son of a farmer from Kalina Village, 30 kms away from the nearest central city, Meerut. It has a population of fewer than 4000 people, and it is the home of the boy who won India’s first gold medal in shooting in the current edition of Asian Games in Jakarta.

Now, this was a big gamble as the regulars were not participating in this category and India’s representatives in this event were a 16-year old first timer in men’s senior competitions and a 29-year old lawyer who had taken shooting as a hobby sport but then changed tracks.

But the most staggering aspect is that a first-timer in men’s senior shooting competitions, still a teenager, beat a pool of Olympic and world championship medal winners and turned out to be an Asian Champion. In this event, Saurabh topped the qualification round with a score of 586 and then finished at the top in the finals with a Games record score of 240.7. He also became the fifth Indian to get an Asian Games gold medal in shooting.

Saurabh first took up shooting at Amit Sheroan’s academy at Benoli near Baghpat, 53 kms away from Meerut and since then, the curve of his progress has gone nothing but up. He showed a great sense of maturity and calmness and even took the lead from 2010 World Champion Tomoyoki Matsuda, who had to settle for a silver medal. The Japanese’s last two shots were 8.9 and 10.3 whereas Saurabh had 10.2 and 10.4 to his credit.

When asked about the competition after the medal ceremony, Chaudhary was quoted saying “I did not feel any pressure” despite the presence of Matsuda and Korean Jin Jingoh in the pool. He also added that it was the culmination of good form coupled with excellent results and hard training.

Saurabh took up shooting only three years ago in 2015. At the junior level too, Saurabh had made waves with his high scores and feats.

He had won the air pistol gold at the ISSF Junior World Cup in Suhl, Germany earlier this year in June.

Also, as part of the Asian Games preparation, he chose to spend time in the company of senior players to get the feel of the competition at a level entirely different from the junior level, which undoubtedly played its part in this triumph.

Post the Asian Games, Saurabh will go on to participate in Youth Olympics in Buenos Aires, the capital of Argentina, scheduled for October, for which he booked his berth by winning the gold medal with a junior World record at the qualification event in December 2017. Last year, he was a part of the team event in the same category at 2017 World Junior Championship and also finished fourth in his event and also beat Jitu Rai too.

With this medal now, it is now clear that Saurabh has arrived and will soon become a celebrated person in annals of shooting world.

National shooters Ankit Singh and Tanoy De have stepped out to provide food and sanitizers to needy and jobless during lockdown.
Read more
Coronavirus

Teenaged shooter Esha Singh on Sunday pledged to donate Rs 30,000 to the Prime Minister's Relief Fund in the fight against the COVID-19 pandemic,...
Read more
Coronavirus

While India is witnessing a total lockdown amid coronavirus outbreak, a new crisis has cropped up for the top shooters of our country. With...
Read more
Coronavirus

Abhinav Bindra vows to stand by his ‘team’ amid coronavirus crisis

"I can't claim to do much as India fights the corona pandemic but, despite, the uncertainty I am committed to my team for the foreseeable future. I will carry the load for as long as I can. Till we are back to helping our patients,athletes and clients," Bindra tweeted.
Read more
News

Formerly with the Indian Navy, Rajput has faced the highs and lows of life with dignity, never complaining about the problems that knocked on his door for no fault of his.
Read more
129,194FansLike
11,359FollowersFollow
6,949FollowersFollow 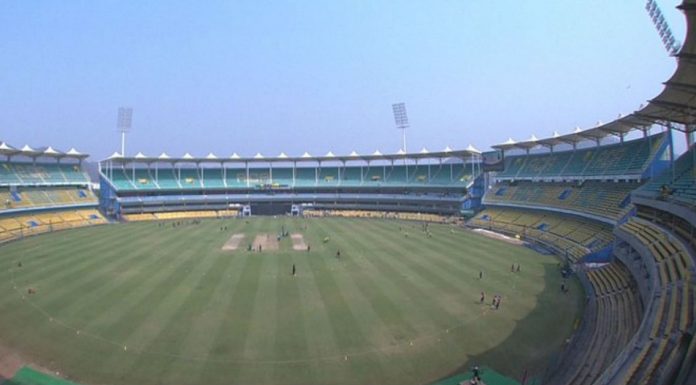 Press Trust of India - Modified date: March 30, 2020
Assam Cricket Association president Romen Dutta and secretary Devajit Saikia, on behalf of the state body, has decided to offer the Barsapara Stadium and its premises to Government of Assam for establishing temporary hospital and quarantine centre.
Read more