Why I am supporting Deepika Kumari at the Tokyo Olympics

Hailing from Jharkhand, World No. 1 firebrand archer Deepika Kumari will be heading into the Tokyo Olympics as a raging medal favourite, backed by 3 World Cup golds and a stunning 2021 season record.

Deepika Kumari will enter the Tokyo Olympics as the World No. 1 archer

Perhaps it was the steely confidence in her eyes or the hint of a careless smile playing on her lips or a quick blink or a minor twitch on her dimpled face that made archer Deepika Kumari instantly endearing to me. With the Tokyo Olympics palpably close, Kumari's rock-solid performance at the Paris Archery World Cup has only reaffirmed my quietly-made plans to cheer on loudly for this girl from Ranchi, Jharkhand.

Making ripples on the World Archery circuit, Deepika Kumari stirred up quite the explosion in Paris during the 2021 Archery World Cup Stage 3 event - pulling off a gold medal hat-trick feat with perfect panache. In fact, Kumari stacked her records and took her World Cup medal tally to 35 after she bagged the golds in - Women's Recurve Team, Mixed Team Recurve and finally, Women's Recurve Individual events in the French capital.

Eyes glued to my phone, I watched with fixed attention as Deepika Kumari lifted her bow and arrow, stretching it taut, the tension tight in her arms; soon she lets out easy breaths before she releases - the arrow flying straight towards the bullseye. With 3 gold medals won in a single day at the World Cup, Kumari became the first Indian archer to achieve such a marvellous streak - it almost seemed like a fairytale coming to life - a carefully concocted redemption arc.
But, this isn't the world of Disney or fiction and freshly re-coronated World No. 1 archer Deepika Kumari is no damsel-in-distress like Mia Thermopolis, Princess of Genovia, struggling to shoot a flaming arrow straight. Rather, this is very much tangible reality and Kumari, all of 27, is quite the confident queen heading into the Tokyo Olympics as the Numero Uno in the world, desperately hungry for a medal, she deserves more than most. 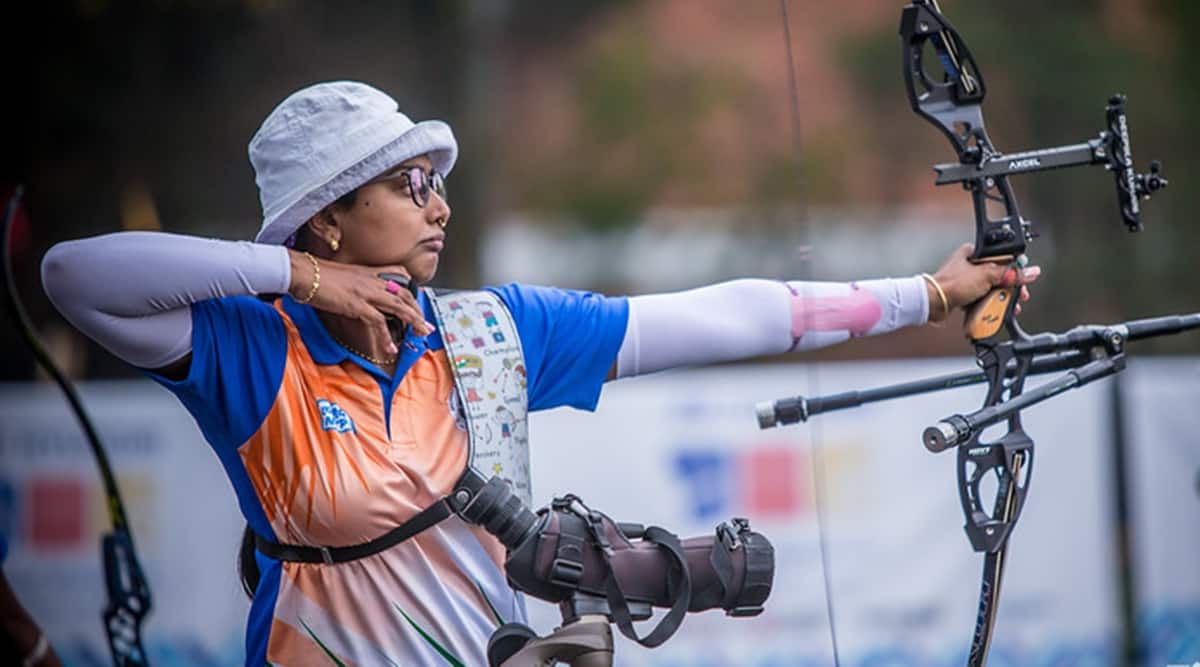 Deepika Kumari will aim for gold at the Tokyo Olympics, Image Source: Twitter

In India, where the word 'sports' would automatically act as a signifier for either cricket or football, Ranchi's Deepika Kumari's eyes were trained on something entirely different, an absolute niche - archery. Hailing from an extremely humble background in Ratu Chatti, Deepika's childhood was not financially stable - while her father worked as an auto-rickshaw driver, her mother was a nurse at the Ranchi Medical College, struggling to make ends meet. Given such circumstances, even daring to dream seemed like a heinous act let alone the thought of being able to afford it - yet Deepika had the fire in her and the determination of a champion from the get-go.

Touted as a child prodigy, Deepika made the stars conspire for her ever since she professionally lifted the bow and arrow and aimed for glory, training at the Tata Archery Academy. Tasting success from an early age, Deepika turned heads around when she won the 11th Youth World Archery Championships in 2009 and went on to collect 2 gold medals at the 2010 Commonwealth Games in New Delhi.

Deepika Kumari is now World No #1 after winning Gold 🏅 at the #ArcheryWorldCup.

Deepika gives India hope to end the drought at the #TokyoOlympics #Tokyo2020 pic.twitter.com/72RixCueXj

Deepika Kumari, soon became unstoppable and her arrows rarely failed to miss the mark. As if a magnet was present at the arrow-tip, Deepika, now married to fellow ace archer Atanu Das, attracted all the metals towards her - the golds, the silvers and the bronze. In addition to the above, the top Indian archer has collected 2 silver medals from the World Championships, 35 Archery World Cup medals - 11 of which are gold and a bronze from the 2010 Guangzhou Asian Games. 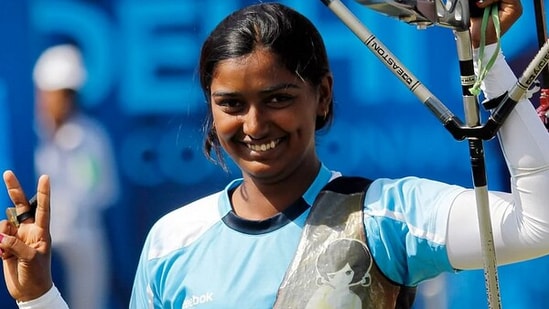 Despite Deepika's constant tryst with successes, the Olympics have been jinxed for her, so far. Rising to the top of the world before the 2012 London Olympics, Deepika Kumari had stormed into it with big dreams but they were not be met as she crashed out in the first round itself. Falling to Britain's Amy Oliver by six points to two at the majestic Lord's - an 18-year-old Deepika's hopes were rudely crushed.

Not someone to get off-putted by defeat, Deepika rose to the occasion once more in the 2016 Rio Olympic Games and made it till the pre-quarter-finals. Facing off against a formidable opponent, Chinese Taipei's Tan Ya-Ting, who was then ranked the World No. 2, Kumari visibly struggled before losing 27-29, 26-29, 27-30.

However, the Deepika Kumari of 2021 is a changed person - there is confidence in her stride, a certain boldness in her aim and a deeply positive attitude emanating from her, which is guiding her to the golds. As the days to the Tokyo Olympics close in, the much-matured and experienced Deepika Kumari, as the newly crowned World No. 1, is nearer than ever to achieving that elusive Olympic medal.
Even the statistics are singing in favour of the well-decorated Indian archer who only needs to be a little wary of the Koreans at the Tokyo Olympics. For someone whose average arrow score has been 9.09 in her career, in 2021, it has spiked up to 9.29. Moreover, there is nobody more trusted than Kumari to keep a cool head during intense pressure situations in the shoot-offs where the Ranchi girl boasts of a marvellous record. In fact, this season, Kumari boasts of a perfect 100 percent in shoot-off results and this is a major marker ahead of Tokyo.
Come July 23, fingers will be crossed, prayers will be said as the 27-year-old Deepika Kumari will enter the Yumenoshima Park - with a revamped outlook, confidence surging in her veins and eyes only trained for a glistening Olympic medal, and nothing else. Make way for the Archery Queen, as the stars will be adamant to conspire and finally, place the laurel wreath on her head.
Archery Archery World Cup Deepika Kumari tokyo 2020 Tokyo Olympics
Latest Videos
Next Story
Similar Posts
X
X