How one-upmanship in Archery Association is deeply hurting India

Indian sports have always been synonymous with one-upmanship among officials across various national sports federations – quite often the sole objective of personal gains or being ‘power-hungry’ far outweighs focusing on the general betterment of the sport.

The latest developments in the Archery Association of India (AAI) have once again reinforced the ‘power struggle’ among two warring factions over who would run the affairs of Archery Association of India. In fact, the seemingly unpleasant developments in the AAI have further depleted the future of our archers, who are already reeling from the seven-year de-recognition by the Sports Ministry since 2012 for violating the National Sports Development Code of India.

The country’s sports fraternity is well aware of how former BJP strongman Vijay Malhotra remained the AAI President for more than forty years (his stint at AAI started from 1972) and he resisted stepping down until the National Sports Development Code of India came into place, which subsequently saw him make way for someone to take charge of AAI.

The guidelines of National Sports Development Code of India prescribe an age cap of 70 years and only three consecutive terms of four years each for a NSF President.

Indian archery appeared to have embraced a new dawn when BVP Rao, a former Assam cadre IAS Officer, who earlier served as Vice President of AAI, emerged as the new AAI President in the elections held on December22, 2018.

In fact, Rao who served as an Advisor to the Telangana government enjoying cabinet minister status, quit his position to contest the AAI elections. Of course, the installation of Rao as AAI President brought an end to Vijay Malhotra’s over four-decade stranglehold on Indian archery against whom Rao fought elections unsuccessfully. Also Read: Even winning a galore of medals, Rajat Chauhan is upset over Olympics participation

Mind you, the December 22, 2018 elections were held under the supervision of the Delhi High Court-appointed administrator and returning office SY Quraishi (former Chief Election Commissioner of India). It is critical to understand here that the Indian Olympic Association (IOA) and the Sports Ministry refrained from recognising the elections, as both parties had objected to certain clauses in the amended constitution of the AAI submitted by Quraishi to the High Court. 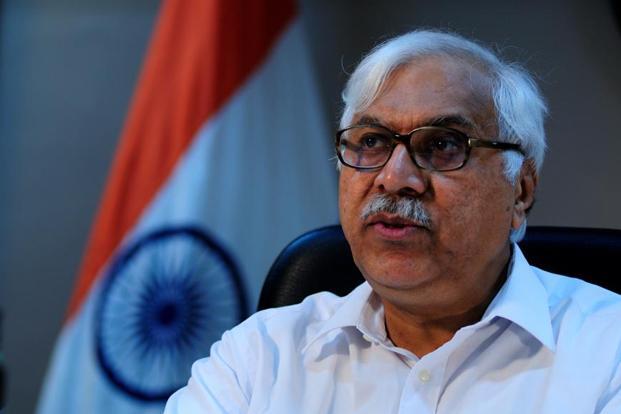 It was on 10 August 2017 that the Delhi High Court appointed former Chief Election Commissioner SY Quraishi as AAI Administrator-cum-Returning Officer.

Just when it seemed that Indian archery will see ‘better days’ with the election of a new body, and will also get the Sports Ministry’s recognition (now that Vijay Malhotra was out of the equation), there were more woes in store for AAI. A few weeks after the elections, the world body – World Archery – refused to recognise the recent elections because the constitution that was used to conduct the elections was never formally approved and was only accepted by the returning officer. Of course, World Archery later relented after Rao visited the World Archery headquarters in Lausanne, and requested them to recognise the December 2018 elections.

The downcast future of Indian archery appeared more pronounced when the Sports Ministry earlier this year did not give recognition to the BVP Rao-led AAI – something one thought would see the light of the day with Vijay Malhotra exiting the AAI as that was the reason why the Sports Ministry de-recognised the AAI in 2012 for contravening the National Sports Development Code of India. But the biggest dampener was when the Supreme Court declared the amendments introduced by SY Quraishi in the AAI constitution ‘null and void’ and ordered conduct of fresh elections.

The Supreme Court ruling appeared to set the cat among the pigeons.

Although this could not be confirmed, insiders say efforts were made to rock the ‘AAI boat’ after the December 22, 2018 elections (on Rao winning the elections) and ensure Vijay Malhotra’s loyalists get an opportunity to run AAI.

A plenty of backroom and behind-the-scenes manoeuvring were at play, which panned out detrimental to the sport that has taken a massive reputational beating over the last seven-eight years. AAI Acting President Sunil Sharma, who was elected Vice President of AAI in the December 22, 2018 polls swung into action after the Supreme Court ruling – a man who is believed to enjoy the support of former AAI President Vijay Malhotra, Sharma sent out an election notice to its members about holding elections on May 26, 2019 only to withdraw the same after facing strong opposition from Maha Singh, who was elected as the AAI secretary in the December polls – he is perceived to be close to the BVP Rao. Interestingly enough, both Sunil Sharma and Maha Singh issued notices to hold elections on June 9 in two different cities of New Delhi and Chandigarh.

What ‘spices up’ the whole chaotic state of affairs is the fact that former Jharkhand Chief Minister and newly-inducted Union Minister Arjun Munda has lately expressed his intent to contest for the post of AAI President. One wants to know why it will be not a conflict of interest if Munda by continuing as a Union Minister also serves as the AAI President (in case he wins the elections). It may be worth recalling that the most recent AAI President BVP Rao had to shun his Telangana government advisor role before he took the AAI election plunge. Even all subtle politicking cranked up, especially after the Supreme Court ruling for fresh AAI elections, the sport appeared to plunge into more despair when World Archery has threatened to ‘suspend’AAI if the rival factions conduct two elections on June 9.

The IOA on his part, has been talking to both feuding groups but has met with little success. In fact, one is a tad surprised with the IOA’s stand on this issue – normally you would expect the country’s Olympic body to respect the mandate or stand of the world body and act accordingly. But the IOA has openly flayed World Archery and even hinted that the world body is supporting one of the two factions (the Rao faction).

Where is the sport heading?

The WA must be applauded for showing serious intent to sort out the AAI mess – the world body even appointed World Archery Asia Vice President Kazi Rajib Uddin Ahmed Chapol as a mediator to sort out the differences between the two warring groups. In case if the AAI is ‘suspended’, our archers will continue to take part in international competitions under the WA flag but not under the national flag.

One hopes that the WA-appointed mediator finds a solution by talking to both warning groups in Delhi. The world body desires a cancellation of the two elections and suggested a June 24 election date in Delhi with Chapol serving as a Returning Officer. Indian archery needs better sense to prevail among its officials as the sport is much bigger than egos and personal aspirations of sports associations.
AAI Archery Archery Association of India
Latest Videos
Next Story
Similar Posts
X
X