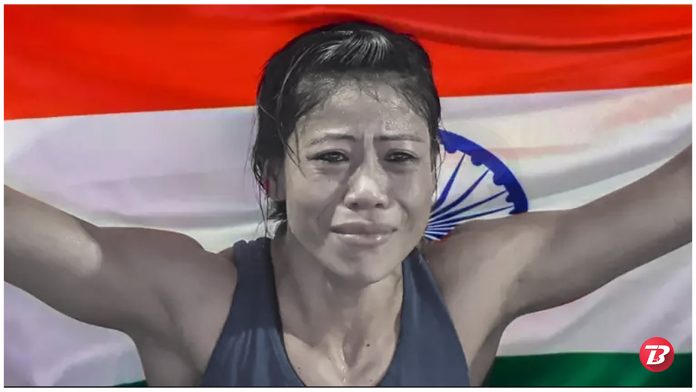 As the excitement levels reached a pinnacle and the vociferous cheers reached a crescendo inside the K.D Jadhav Indoor Stadium, Mary Kom remained a figure of composed determination as she walked out in the finals of the World Boxing Championship, aiming for a sixth gold. Yes, she had a technical superiority over her Ukrainian opponent Hanna Okhota, who had been defeated by her recently in the semi-finals of the Silesian Women’s Open in Poland, and was ahead statistically too, but to the Indian, the bout was of greater significance. It after all, offered her an opportunity to shut down her critics once again; the ones who had risen after an inconsistent few years in the arena.

As Mary aggressively jabbed Okhota’s face and took control over her rival quite early on, there was no questioning the inevitable result. Though the Ukranian managed to get a few shots on the Indian’s face, the Manipuri boxer’s reflexes and stamina, even at the age of 35, ensured that the jibes at her were few and far in between. It was thus no surprise that the unanimous victor was Mary; and as the referee confirmed the same, the atmosphere in New Delhi was palpable.

As tears flowed down Mary’s cheeks while she stood proudly for the national anthem once again, the Indian citizens could not help but feel proud; looking at her as a beacon of inspiration.

Surgeries, injuries, a mother to three – she had overcome each challenge to emerge even stronger inside the ring, and as she walked home with her sixth gold in the World Boxing Championship, only one question engulfed the air.

When will she be bestowed with the Bharat Ratna? Should Mary Kom get the Bharat Ratna?

Instead of asking why, the question should rather be – Why shouldn’t Mangte Chungneijang Mary Kom get the Bharat Ratna?

After the Government of India allowed sportsmen to be eligible for the award, debates started as to who should be the next recipient after Sachin Tendulkar. Dhyan Chand, Milkha Singh and Vishwanathan Anand were on top of the list, but it was baffling to figure out why Mary had not been considered. Even if she had won no other award except for her six golds, she should have been a strong contender, but in an era where the feats of the PT Ushas and the Karnam Malleswaris are often sidelined, the lack of support for Mary for the award thus was not all that surprising.

Taking up a sport that is still considered a “man’s game” in India and to succeed in it so consistently requires stern courage and undying passion, which developed after she watched Dinko Singh clinch gold at the 1998 Asian Games. Sans much support, Mary set out on her journey and within three years, she won her first Women Boxing Championship. In 2001, a few months later, she stood second in the World Championships, and thereon started her professional career. A career in which she would gain unparalleled success and adulation over the next few years.

After winning the World Championship in 2002, Mary stamped her authority in the Asian Boxing Championships as well, winning 5 golds and a lone silver in 2008 (the last gold was won last year). Becoming the first boxer to scale the height of 5 consecutive World Championship gold (from 2002-2010), Mary had effortlessly carved her own niche in a tough sport.

With a bronze in the 2012 Olympics and a gold at the Asian Games at Incheon two years later, the boxer, who had taken two sabbaticals in her career to give birth, first to twins and then to a son in 2013, has managed to tide over every stereotype and continues to follow her passion with utter perfection. The struggles over the years

“I was the David who took on the Goliaths in the boxing ring,” is a line from her autobiography “Unbreakable”. However, the ones close to Mary will know that she does not merely refer to her rivals as Goliaths, but also the corrupted system and unsupportive family, who questioned her venture into the boxing realm as she was a girl.

Practising away from her father’s sight after she would spend the day on the field, Mary realized from a young age that she would have to conquer the world on her own. With boxing being considered as a “masculine game”, she was chided for her choices, with even the officials at the boxing academy in Imphal suggesting she look elsewhere for a career. But the fighter that she was, she never swayed and her one-dimensional focus is what ultimately led to her triumph.

“I was the David who took on the Goliaths in the boxing ring,” is a line from her autobiography “Unbreakable”.

After she gave birth to twins in 2007, she needed time to recuperate from her C-section surgery if she had any hopes of coming back to boxing. Though she was pulled back again – well, mothers are not supposed to be knocking rivals down!- she lent a deaf ear and by 2008, she was back to where she belonged. After winning bronze in the London Olympics, she took time away to have another child, but instead of it wearing her down, she remains as passionate about representing her country.

“I want to fulfil my dreams first for my country. After that, I can be with my kids.”

The story of Mary being away on national duty while her elder twin was having a bypass surgery is well-known, and even though such moments would have emotionally dazed her, she continued with the same fervour during her match and only after her bout did she break down. “It is tough, but my duties are towards India as well.” As she clinched yet another gold medal today, one could visibly sense the quiet satisfaction of a job well done. The years of isolation, the months of criticism and the days of toil have continued to bear fruit for Mary, but more than her on-field struggles, it has been her ability to break the shackles and inspire, deeply inspire young girls across India that will stand as her legacy. Becoming a mother never really forced her to walk down the path of oblivion, instead, here she is, fighting the toughest rivals in a global sport at an age when sportsmen have long hung their boots.

And for that, yes, she does deserve a Bharat Ratna. 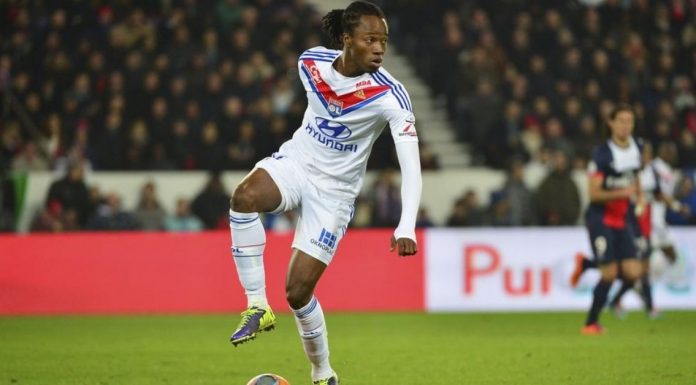 Team Bridge - Modified date: October 21, 2020
Kerala Blasters FC (KBFC) is proud to announce the signing of Bakary Koné, adding strength and depth to the defensive department. The 32 – year-old was born in Ouagadougou, Burkina Faso, a West African Country that shares its borders with the African footballing giants...
Read more