The twists and turns in her wrestling career would probably make for a near-perfect script for any Bollywood producer. Yes, the story of Pooja Dhanda has been indeed nothing short of a roller-coaster ride.

Every ‘challenge’ of her life has been turned into an opportunity by the 25-year-old Haryana girl, who made the cut for the upcoming 2019 World Wrestling Championship to be held at Nur-Sultan, Kazakhstan from September 14 to 22 – her World Championship qualification through the trials had a dose of suspense built around it – she initially lost to Sarita Mor in the Olympic category (57-kg) trials, but atoned for that disappointment making the cut in the non-Olympic category (59-kg) trials.

“Look, Sarita is a formidable opponent and I don’t want to offer any excuses as to why I could not beat her in the 57-kg trials. I was coming off a nagging shoulder injury which I sustained during the 2018 World Wrestling Championship and it wasn’t my best performance,” says Pooja in a freewheeling chat, who interestingly, did not have to break any sweat in the 59-kg trials as all her competitors for the trials were barred from taking part by the Wrestling Federation of India (WFI) for leaving the national camp in Lucknow without securing permission.

When asked about the chances of her participation at the upcoming Olympics, Pooja says:

This will be Pooja’s fifth World Championship appearance (she had featured in the 2013, 2014, 2017 and 2018 editions). The Haryana lass has wrestled in various weight categories – 55-kg, 57-kg and 58-kg – in these marquee events. So how much adjustment a wrestler has to make shifting to different weight categories?

“57-kg is a middleweight category and most youngsters in India tend to start in this category, which makes it the most difficult weight class in India. It is quite natural to find girls fighting in 55-kg featuring in 57-kg or 58-kg. But you will not find girls competing in 62-kg fighting in 59-kg, as it is tough to reduce so much weight from that weight class,” explains Pooja, who is employed with Haryana Sports Department as a wrestling coach.

Clearly, life has changed for Pooja after she became only the 4th Indian women grappler (after Alka Tomar, Babita Phogat and Geeta Phogat) to win a medal at the World Championship – a coveted bronze at the 2018 edition in Budapest in the 57-kg category.

“To be honest, you cannot discount any country at the World Championship, everyone goes all out,” she remarks.

“Every bout was tough. I had got the better of Nigeria’s Odunayo Adekuoroye after I had lost to her in the finals of the 2018 Commonwealth Games,” gushes Pooja reliving her World Championship achievement.

However, her ‘Budapest Glory’ cannot obliterate her biggest low point of her wrestling career when she was forced out of competitive wrestling for two years (2015 and 2016) after she sustained a career-threatening knee injury while training at SAI, Lucknow. Pooja underwent a surgery in Mumbai in May 2015 but her pain did not subside, followed by an extensive rehab. She underwent another surgery after one and a half years in Mumbai in December 2016 and this time around the surgery was a successful.

“Although the government took care of my treatment costs, I had to pay all the rehab costs in Mumbai on my own – as you know Mumbai is an expensive city and paying for rent and physio was a tough ask. My dad (Ajmer Singh) is a tractor driver at the Haryana Animal Husbandry Centre and he found it tough to manage things – even I was on leave without pay for a long time owing to the rehab phase,” says Pooja with a tinge of emotion.

The soft-spoken grappler misses her mom’s home cooked food while being away from home for long periods owing to national camps and tournaments. “I love whatever my mom cooks – I relish her Sarsa Ka Saag and Matar Paneer”.

The 25-year-old grappler is aware of her improvement areas she needs to focus on so that she can be at her peak form at the 2019 World Wrestling Championship. “I want to improve on my bronze medal effort in the 2018 World Wrestling Championship this time around, but it will not be easy as 59-kg category is loaded with redoubtable grapplers. I’m working on my leg defence and enhancing strength of my upper body, which had come down due to my shoulder injury,” she quips.

Last year, Tata Motors joined hands with the Wrestling Federation of India to promote the sport and to help wrestlers achieve their goal. The tie-up, which remains the biggest non-cricketing association in India, was first of its kind.

“Ever since Tata Motors got associated with Indian wrestling, it has not only benefitted the wrestlers but also the sport itself,” Pooja reveals. “The programme has funded the elite wrestlers’ training needs, which includes providing foreign coaches, foreign trips and camps for international exposure. In short, they have provided everything a wrestler requires, and that has indeed been very helpful.”

Indian wresting has seen a slew of country’s top wrestlers get hitched to fellow wrestlers. Olympic medallist Sakshi Malik and Vineesh Phogat got married to Satyawart Kadian and Somveer Rathi. Any plans to marry a wrestler? “I don’t see myself marrying a wrestler though we don’t know what plans destiny has for me,” she signs off with a grin. 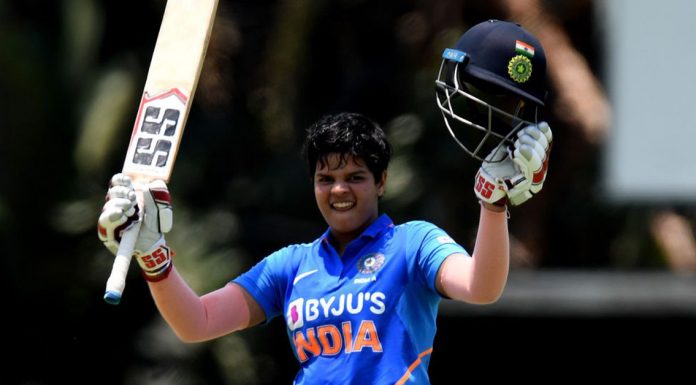