Year In Review: Mary Kom showcases glimpses of her vintage self 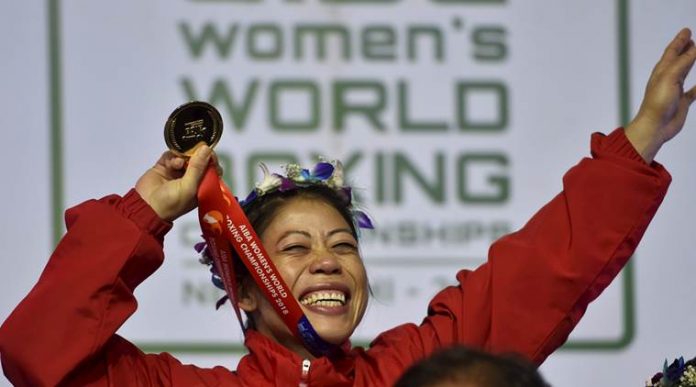 Mary Kom ended the year on a high after a successful AIBA Women’s World Championship campaign held in New Delhi. The 35-year-old experienced pugilist improved from strength to strength as the tournament progressed to show her dedication for this sport.

As it turned out, MC Mary Kom became the most successful pugilist in the history of Women’s World Championships after winning by a unanimous 5-0 against Okhota. She broke her tie of five golds and one bronze with Ireland’s Katie Taylor and equalled Cuban men’s legend Felix Savon along the way.

The group stage of the tournament consists of two rounds and it started with a bye for Mary Kom and in the second round was against Kazakhstan’s Algerim Kassenayeva. Mary Kom won 5-0 convincingly to advance to the quarter-finals.

After the victory against Kassenayeva in the preliminary stage, the knockout round started where Kom took on Chinese boxer Yu Wu.

The match was neck to neck but Magnificent Mary looked convincing and notched up a place in the semifinals. Her win was close but in none of the rounds she allowed her opposition to make comeback in the game.

The semi-final clash was a stiff challenge as she took on North Korean Hyang Mi Kim. The clever Manipuri, who held a psychological edge, approached the semifinals in her own inimitable way, cleverly planning her strategy as has been the case so far. Open low guard, biding time and increasing the tempo when it is need. So much so, she was able to negate the taller North Korean, who had a reverse against the Indian in the Asian Championships last year and trying to attack right from the word go. But the Indian ducked and kept herself away from the reach of Kim. She was able to win all the rounds and ended up winning the game 5-0. The high voltage final clash was setup against Ukranian boxer Hanna Okhota. As the excitement levels reached a pinnacle and the vociferous cheers reached a crescendo inside the K.D Jadhav Indoor Stadium, Mary Kom remained a figure of composed determination as she walked out in the finals of the World Boxing Championship, aiming for a sixth gold. Yes, she had a technical superiority over her Ukrainian opponent Hanna Okhota, who had been defeated by her recently in the semi-finals of the Silesian Women’s Open in Poland, and was ahead statistically too, but to the Indian, the bout was of greater significance. It after all, offered her an opportunity to shut down her critics once again; the ones who had risen after an inconsistent few years in the arena.

As Mary aggressively jabbed Okhota’s face and took control over her rival quite early on, there was no questioning the inevitable result. Though the Ukranian managed to get a few shots on the Indian’s face, the Manipuri boxer’s reflexes and stamina, even at the age of 35, ensured that the jibes at her were few and far in between. It was thus no surprise that the unanimous victor was Mary; and as the referee confirmed the same, the atmosphere in New Delhi was palpable.

Mary Kom ensured one important game plan throughout the tournament – she never allowed her opposition to dominate. It’s been a fantastic year for her and fans can only hope that in the upcoming year she can maintain the same tenacity to help Indian women boxing achieve greater milestones.

The COVID-19 pandemic on Saturday forced a postponement of the upcoming Boxing Federation of India (BFI) elections, resulting in a three-month tenure extension for...
Read more
Badminton

With the 2020 Tokyo Olympics scheduled to kick off in July next year, India’s primary medal hopefuls have less than a year to prepare...
Read more
Boxing

Boxer Vikas Krishan to train in US and resume professional boxing

Olympic-bound boxer Vikas Krishan has got the Sports Authority of India's (SAI) approval to train in the USA, where he also plans to resume...
Read more
Boxing

Former world champion boxer L Sarita Devi has recovered from COVID-19 but has quarantined herself away from her home in Imphal for at least...
Read more
Boxing 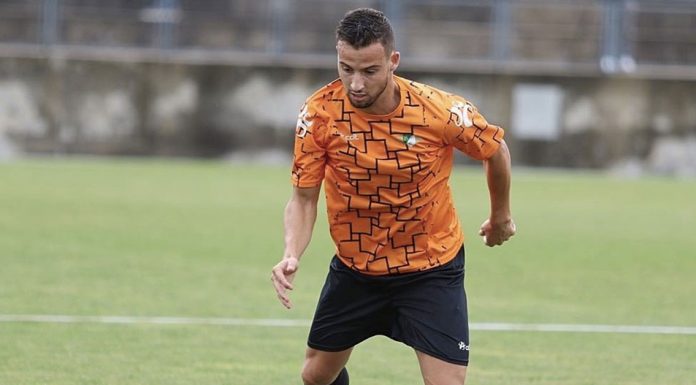