Prajnesh, Ankita & Karman shine the most in a below par 2018 for Indian Tennis

Published: 30 Dec 2018 4:11 AM GMT
From the success of Prajnesh Gunneswaran on men's side and Ankita Raina and Karman Kaur Thandi on the women side to the failure of not winning an ATP doubles title, 2018 was a mixed bag for Indian Tennis fans. The year saw impressive performances from a few players while a few others had a below-par year. The one regard in which 2018 stood out from the previous years was that Indian Tennis had more reasons to celebrate in singles rather than doubles where we have been traditionally been strong. Prajnesh Gunneswaran's consistency that saw him jump from around 250th spot in the ranking table at the start of the year to a career high of 104 was unarguably the best thing to happen to Indian Tennis in 2018. Prajnesh won the bronze medal in men's singles at Asian Games 2018 and rounded off a near perfect 2018 as the Indian No.1. Prajnesh' s turnaround moment came in the Davis Cup tie against China in April. Sumit Nagal who was preferred over Prajnesh as the second singles player lost his match on the first day as did Ramkumar Ramanathan as India trailed 0-2 at the end of the first day. Prajnesh was the hero for the Indian team as he played the fifth rubber and secured the win for India courtesy a straight-sett win over junior Grandslam champion Yibing Wu. Prajnesh then went on to win his first Challenger title - a clay court event in Anning, China which helped him break into the top 200. He gave a good account of himself at the French Open qualifiers where he reached the final qualifying round. Prajnesh's biggest win of the year however came on the grass courts when he upset World No.23 Denis Shapovalov of Canada in the second round of the Mercedes Cup in Stuttgart. Prajnesh ended the year with a strong showing in the two Indian ATP Challengers in Bengaluru and Pune winning the former and finishing runners up in the later.

No Sania, No Problem

Ankita Raina and Karman Kaur Thandi broke into top 200 of WTA rankings for the first time in their careers making 2018 a successful year for women's tennis in India. Ankita played the French Open and Wimbledon qualifiers making her the first Indian after Sania Mirza to play in the women's singles event of a Grand Slam (main-draw and qualification). Sania had last played in the 2012 Australian Open before shifting her priorities to doubles. The best moment of the year for Ankita however came in Jakarta at the Asian Games where she went on to win a bronze medal. Playing all three events - mixed doubles, women doubles, and the singles, Ankita put up a tough fight against top seed Zhang Shuai of China in the semifinals but came up short.  Excluded from the Target Olympic Podium Scheme in October last year when Karman and doubles specialist Thombare were included, Ankita let her racquet do the talking and indeed proved a point or two this year. Karman, on the other hand, had a stellar year that saw her enter the top 200 of WTA ranking and attain a career best of 187. She also won her first ITF title - a USD25K event in Hong Kong in July and made the finals of two more events. Pairing up for the first time Ankita and Karman combined well to win the doubles title at Taipei Open - India's only WTA doubles title of the year. This was the first WTA doubles title for both Ankita and Karman and it ensured India had a WTA doubles title despite Sania Mirza giving this year a miss due to maternity reasons.

A year of two halves for Yuki Bhambri

Yuki began well qualifying for the main draw of Australian Open and finishing as runners-up in the Chennai Challenger in February. The best moment of the year for Yuki came in the month of March where he qualified for the main draws of Indian Wells and Miami ATP Masters. At Indian Wells, Yuki defeated World No.12 Lucas Pouille on his way to the round of 32 where he fell in three sets to Sam Querry whereas in Miami he fell in the round of 64 to Jack Sock.

Yuki won his first challenger of the year in April defeating Ramkumar in the final thereby ensuring himself a place in the main draw of French Open and the Wimbledon. This was the last bit of success Yuki enjoyed on the tour as he got injured during the grass court season and post his first-round loss at Wimbledon he played just two matches. Beginning the year at 118, Yuki finished at 137 in the rankings. Yuki's fitness still remains suspect and has been hampering his progress on the tour.

Ramkumar Ramanathan, the Indian No.2 blew hot and cold throughout the year.

Though there were no notable big-name scalps like that of Dominic Thiem from 2017, Ram did reach the finals of the ATP 250 event in Newport making him the first Indian after Somdev to achieve this feat. Ram played a host of high-quality challengers and qualifying events of ATP tournaments but his inconsistency let him down - something he would look to improve in the upcoming season. 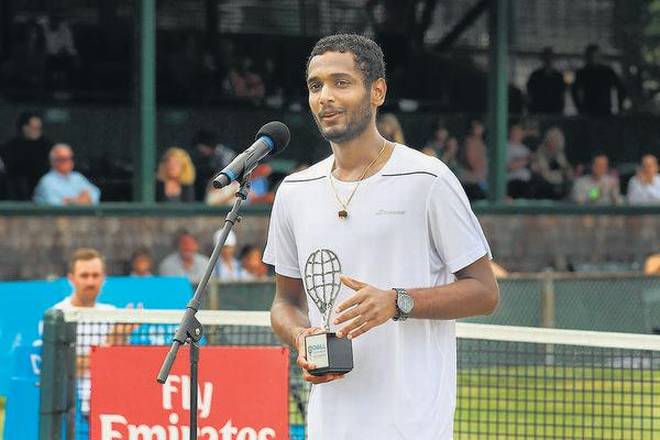 In men's doubles, it was largely a year to forget for Indian Tennis except for some impressive performances from Divij Sharan. Divij played with a host of different partners in the first half of the year before settling down with Artem Sitak in the second half. He reached a career high of 36 and for a brief period became the Indian No.1 overtaking Rohan Bopanna. Bopanna by his high standards had a below-par year that saw his ranking slip from 18 at the start of the year to 37 at the end of the year. None of the Indian players managed to win an ATP doubles title in 2018 with the Asian Games 2018 gold medal being the only high point of the year. 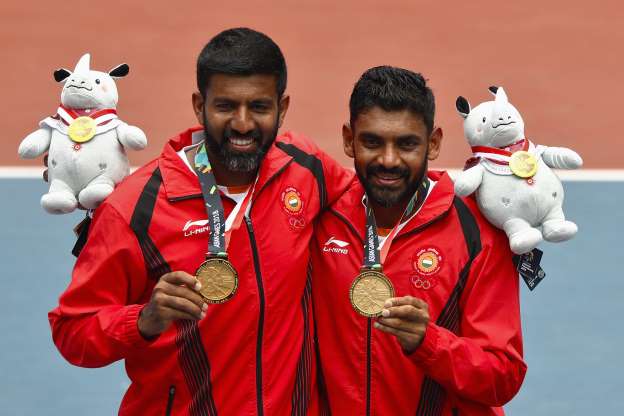 A lot was expected from the pair of Vishnu Vardhan and Sriram Balaji and the duo did make the Wimbledon second round in their Grand Slam debut but largely failed to make any major breakthrough in the year. The best news in doubles context came in the month of December when Rohan Bopanna and Divij Sharan announced their decision to pair up for the next season. A lot will be expected from the pairing next season.

Beyond the top players Pranjala Yadlapalli had a great year winning back to back ITF 25K tournaments in Nigeria and breaking into the top 300 of the WTA rankings to become the India No.3 behind Ankita and Karman. Rutuja Bhosale was another player who had a stellar 2018 rising from outside the TOP 500 at the start of the year to finish the year around 350.

The depth in women's singles is an encouraging sign and augurs well for women tennis in India.

On the men's side, Sumit Nagal failed to live up to the expectations that had begun to grow after he won the Bengaluru Open ATP Challenger last year. Sumit had a title-less year and had nothing noteworthy to show for the year. In comparison, the 21-year-old Sasi Kumar Mukund had a much better year and ended the year at a new career high on back of quarterfinal showings at the Bengaluru and Pune ATP Challengers. 19-year-old Manish Sureshkumar too had a good year and is one of the youngsters to watch out for the next year.

In conclusion, 2018 may not have seen any extraordinary performances but it has certainly laid the foundation for an exciting 2019 with encouraging performances from a host of players especially in singles.
Ankita Raina Indian tennis Karman Kaur Thandi Prajnesh Tennis
Latest Videos
Next Story
Similar Posts
X
X