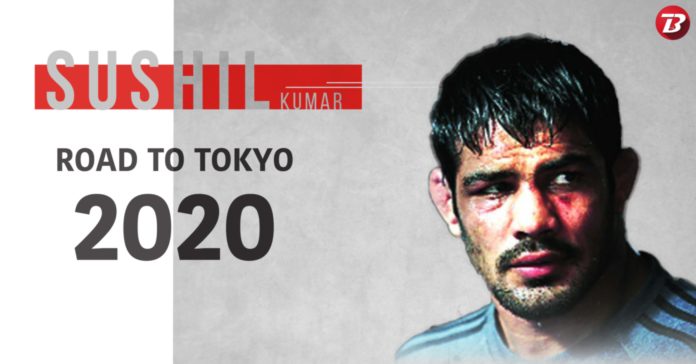 Indian wrestling contingent managed as many as four 2020 Tokyo Olympics quotas at the 2019 World Wrestling Championship at Nur-Sultan, Kazakhstan — the trio of men’s freestyle grapplers — Bajrang Punia (65-kg) Ravi Dahiya (57-kg) and Deepak Punia (86-kg) along with woman grappler Vineesh Phogat (53-kg) has earned the right to wrestle in the Tokyo Olympics by virtue of reaching the semifinals of their respective weight categories at the marquee event.

But there isn’t any doubt about which weight category sets maximum tongues wagging – the men’s freestyle 74-kg, where the country’s celebrated grappler and two-time Olympic medallist Sushil Kumar is striving to make the Olympic cut for the fourth time.

However, Sushil’s road to the Tokyo Olympics won’t be a piece of cake given his dwindling form on the international mat in recent times — the iconic grappler cut a disappointing figure at the 2019 World Wrestling Championship crashing out in the first round to Azerbaijan’s Khadzhimurad Gadzhiyev. In fact, the 36-year-old is not inspiring much confidence at the moment — in his first international competition in nearly a year was at the Medved tournament in Minsk, Belarus, he bowed out early. He was also shown the tournament exit door in the early stages of the 2018 Asian Games — his last competitive tourney since his participation in the Belarus event.

As far as Tokyo Olympic qualification is concerned, one is not writing off Sushil yet, but only wants to accentuate the fact that the Olympic qualification route will be far from being a stroll in the mat for the ace grappler. One saw the competitive gap between Sushil and his other young competitors narrowing during the trials for the 2019 World Wrestling Championship, where Sushil had to literally sweat in pulling off a 4-2 win over Jitender Kumar.

Interestingly, Jitender had featured at the 2019 World Wrestling Championship in the 79-kg category after failing to make the cut in the 74-kg category and made quite an impression comprehensively winning two of his bouts against opponents from Moldova and Turkey and reaching the quarterfinals, where he went down to Slovakia’s Tajmuraz Salkazanov. Jitender showed everyone in India during the 2019 World Wrestling Championship trials that he can pose a threat to anyone in the 74-kg category, including Sushil.

With the experience of two World Championships under his belt (he had featured at the 2018 World Championship and lost in the first round), the 26-year-old Railway grappler is focussed on making the Olympic cut. “I had fought hard in the World Championship trials, but the result was not in my favour. I was not fully fit during that time as I was coming off a severe back injury that pegged me back for two months. I’m putting in the hard yards in training and will put my best foot forward for Olympic qualification. Playing in the Olympics is a dream for any wrestler and I will give my best efforts to make it to Tokyo,” says the grappler who have won back-to-back gold medals at the Senior Nationals (in 2017 and 2018) in the 79-kg category.

Another strong 74-kg contender is Amit Dhankar, who had won a silver medal in 74-kg at the 2019 Asian Championship – interestingly — Amit who had first shot into prominence winning the 66-kg gold medal at the 2013 Asian Championship in New Delhi, comes from the same akhara Sushil comes from – Chhatrasal. Employed with Haryana Police as Inspector, Amit who had featured in three World Championships in 2014, 2016 and 2017, is upbeat about his Tokyo Olympic aspirations. “Sushil has been a great servant of Indian wrestling and we all respect for his exploits on the mat, but I feel that all 74-kg competitors have a fair chance of making the Olympic cut. I was not hundred per cent fit during the 2019 World Wrestling Championship trials, as I was down with fever and vomiting owing to food poisoning a few days before the trials and I lost to Jitender. I had Jitender during the trials for the 2019 Asian Championship, where I won a silver in the 74-kg category. With Almighty’s blessings I will fight in the Tokyo Olympics,” Amit oozes confidence about Tokyo.

Parveen Rana is the other 74-kg contender, who gave the 2019 World Wrestling Championship trials a miss owing to a shoulder injury, will be leaving no stone unturned to take the flight to Tokyo. The 27-year-old Delhi grappler, who earlier this year won a silver medal at the Asian Championship in the 79-kg category, has had his share of controversies – the grappler had lost to Sushil in the trials for the 2018 Commonwealth Games when his elder brother was roughed up by Sushil’s supporters. Parveen, who had lost in the second round of the 2017 World Wrestling Championship trials, famously conceded the 2017 Senior Nationals final at Indore to Sushil, and also touched his feet, only to embrace controversy a month later during the Commonwealth Games trials. “I have recuperated fully from my shoulder injury and will mark my comeback at the upcoming Senior Nationals,” says Rana.

The Railway-employed grappler talks highly of Sushil but agrees that all other 74-kg contenders have a lot to prove. “Look, one among us has to beat Sushil in the trials and until that happens the impression will remain that he is India’s best in the 74-kg category. The onus is on me, Amit and Jitender to prove ourselves on the mat and outwrestle Sushil – there is no point commenting about his recent form as he is a legend. If we can’t beat him on the mat, then it is not fair to say whether he has passed his prime or not. As far as I’m concerned, I have worked on my shortfalls (I identified during my defeats to Sushil) and would give my best shot at the Olympics. I have won a silver at the 2019 Asian Championship in the 79-kg – it is a highly competitive tourney and the feat gives me the confidence of beating the best in the business,” Rana observes.

Former Indian wrestling stalwart and the country’s only double Asian Games wrestling gold medallist Kartar Singh has no doubts that the Tokyo Olympic qualification path will be a huge challenge for Sushil. “If you look at Sushil’s recent performance, it’s clear that he is not in the best of form. The form Sushil that he is in at the moment gives hope to all other 74-kg contenders – Amit, Parveen and Jitender to harbour serious aspirations of qualifying for the Tokyo Olympics,” observed the former WFI secretary-general who did not seem to be in a mood to mince his words.

Umaima Saeed - February 27, 2020
Chandni now regularly competes in U12 and U14 categories. In her very first AITA Tournament three years ago, she reached the quarterfinal.
Read more