Turning 50, Vishy Anand continues to inspire a generation of Grandmasters

At 50 now, Anand has achieved it all and continues to inspire us with his enigmatic aura and brilliance, still being the most reliable helmsman for Indian chess. 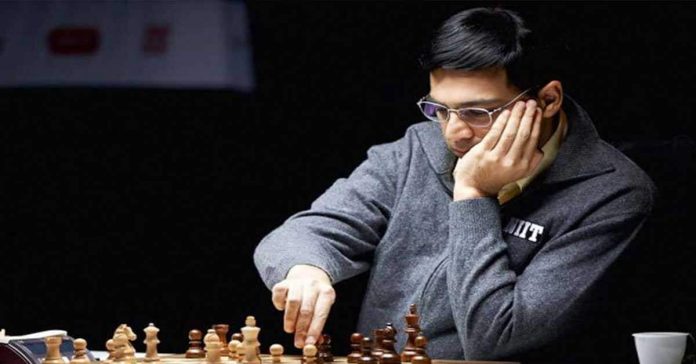 For someone whose name is synonymous with the boost in Indian chess, Viswanathan Anand has earned himself a permanent place in the pages of history. Anand had singularly transformed the sphere of Indian chess when he crowned himself as the first Grandmaster from India in 1988. Turning fifty today, Vishy Anand has been the sole frontrunner in chess when there weren’t many who took up the mentally challenging sport. The Tamil Nadu-born Anand has been a former World No. 1 and has an impressive 2757 FIDE ranking currently. Anand has been the World Champion on several occasions with his first win coming in 2002 and the last in 2007.

Turning half a century old today, Anand’s contribution towards making chess a sport to be seriously reckoned with is immense. He has been the inspiration for several other chess players who got inducted into the sport because of him, especially relevant in the State of Tamil Nadu. In fact, the Vishy effect has been such that Anand has been derived as the reason behind Tamil Nadu’s production of 23 Grandmasters (GM’s), making it the leading State in this field. In a long list of 65 Grandmasters, Anand finds himself at the very beginning of it, with Nagpur’s Raunak Sadhwani achieving the latest feat in October 2019, at just 13 years of age.

A major portion of the credit goes to Anand, who as a boy took his first steps in the world of chess at the Tal Chess Club, which was established in Chennai by the Russian Cultural Centre in 1972. Although chess was not a well-known sport anywhere else in India, the Chennai chess scene during those days was bustling with activity. Growing up in a competitive environment, Anand, all of 6 years of age, developed lightning speed and a quick eye for tactics, which sharpened his claws and teeth. He went on beating his rivals one after another like a tiger on his prowl.

Though India has produced a number of chess masters before Anand, it was he who contributed immensely for the development of the game in the country, not just because of his fame, but also because his myriad enterprises that actually spurred the sport’s popularity and improved the quality of coaching camps. Anand was the first one from India to challenge Russian chess hegemony since the American genius Bobby Fischer. In 2007-08 the upheaval was completed with the defeat of Vladimir Kramnik.

The first recipient of the highest honour in sports, the Rajiv Gandhi Khel Ratna Award, Anand has also been the first sportsperson to have been honoured with the Padma Vibhushan. Considered to be one of the greatest rapid players of all time, Vishy Anand is a beacon of inspiration for all aspiring chess players. In a country obsessed with cricket, Anand had quietly gone out of his way to create a name for himself and bring chess into the limelight, away from cricket’s towering shadow. At 50 now, Anand has achieved it all and continues to inspire us with his enigmatic aura and brilliance, still being the most reliable helmsman for Indian chess.

India’s 13-year old Grandmaster D Gukesh emerged champion in the 34th Cannes Open in Cannes, France on 22 February beating Harutyun Bargseghyan of the host nation in the final round to end with 7.5 points.
Read more
Bodybuilding

With this deal Bala Devi has joined the league of stellar performers like Mohammed Salim, Bhaichung Bhutia, Sunil Chhetri and Gurpreet Singh Sandhu, among others, who have played for European clubs in the past.
Read more
129,563FansLike
11,094FollowersFollow
6,628FollowersFollow

ISL 2019-20: Is Tiri a missing part of the jigsaw for Kerala Blasters?

Olive Paul - February 22, 2020
Tiri is incredibly good with the ball at his feet and is adept at playing long balls and sending precise, pin-point field-length crosses  into midfield that completely open up the opposition.
Read more