Not the Olympics | Day 1: Shooters, Archers & Weightlifter brace for medals

A year from now, the world will begin to gather in Japan to celebrate the opening of the Tokyo Olympics, which were originally scheduled this time of the year. Four months after the International Olympic Committee and officials in Japan postponed the Games amid soaring coronavirus infection rates and lockdowns across the world, uncertainty prevails. The unpredictable nature of the virus is making it impossible for officials to say definitively that the Games will happen or, if they do, what they might look like. Though we are missing the fervour of the Quadrennial event, we are soaked in the Olympic spirit. For the next two weeks, we will be writing a series of article with the title “What if Olympic Happened”, where we will hypothetically discuss the day-wise performances of the Indian athletes, which were actually scheduled in the Olympics 2020 roster.

Today would have been the opening day at the Olympics, where Indians would have taken part in three medal events (if they could make it into the final rounds).

India already has four archery representatives who have already earned a quota place for the Games. With Deepika Kumari being the only female archer of the group, India can field a team in mixed team and men’s team events besides the individual categories. In the mixed team archery event on July 24, Indian fans may witness a married couple – Deepika Kumari and Atanu Das – stand shoulder to shoulder in the quest for an Olympic medal for the country.

Two-time Commonwealth Games gold medallist Deepika Kumari has had a largely forgettable 2019, finishing ninth in the 2019 Berlin Archery World Cup as well as the 2019 Antalya World Cup. Her last gold medal at a major competition came in the 2018 Salt Lake City Archery World Cup. Despite her poor form of late, Kumari has time and again shown her class and quality on the big stage and has six World Cup gold medals to her name. She claimed a silver medal at the Tokyo 2020 test event a few months back, rising to the occasion when called upon. The former world no. 1 archer won gold in the women’s recurve event at the Olympic qualifying Asian Archery event in Bangkok, beating compatriot Ankita Bhakat 6-0 in an all-Indian final.

Atanu Das was among the trio of the Indian men’s archery team who sealed their berth at Tokyo 2020 after an enthralling performance at the Archery World Championships 2019 in June where they lost in the final. Atanu won the bronze medal in the men’s recurve individual event of the Asian Archery Championships 2019 after winning a bronze medal with Dipika in the mixed events.

Both Atanu and Deepika hasn’t shown much promise while playing under pressure. Even at the Asian stages, they had to settle for a bronze. While we have seen, Deepika, despite being the world no. 1 archer lost in the opening round of the London Olympics in 2012, attributing relatively poor performance to fever and high winds. She, however, has been a giant killer when it comes to World Cups and World Championships.

With as many as 15 Indian shooters having secured quota places, India is all set to send its largest-ever shooting contingent to Tokyo. The shooting competition kicks off with the 10m Women’s Air Rifle and 10m Men’s Air. Medals rounds for these events will be conducted on the same day.

All the four shooters on day 1 would have been the brightest medal prospects for India on the very first day of Olympics, which could have been a morale booster for other athletes. Apurvi who won two gold medals at the 2019 ISSF World Cups holds a world ranking of 5, while her compatriot Anjum was one of the first Indians to win an Olympic quota through a silver medal at the 2018 ISSF World Championships. She won gold medals in 10m Air Rifle mixed team at the ISSF World Cup in Munich and Beijing last year. Apart from being a world no. 1 in the Women’s 50m 3 Positions rankings last year, Anjum Moudgil also sat second in the women’s 10m Air Rifle rankings.

Saurabh Chaudhury has emerged to be the one of the most promising shooters of the country. Talking about Saurabh Chaudhury’s performance, he is been deemed by many as India’s favourite among the medal prospect at Tokyo 2020. And now he is the no. 1 shooter in 10M Air Pistol Men’s category with a rating of 3044. In 2018, Saurabh became the youngest Indian shooter to win a gold medal at the Asian Games. He continued his gold medal streak at the Youth Olympic Games 2018 in Argentina, alongside two more gold at the Asian Airgun Championship in the team and mixed team competitions. In 2019, Saurabh won the individual gold medal at ISSF World Cup in Delhi, a mixed team gold medal with Manu Bhaker at the Beijing World Cup. His biggest feat last year came in May where he won another gold and broke the world and junior records in 10m pistol at the Munich World Cup.

Abhishek Verma had a terrific run in his career in the last couple of years. He boasts of two World Cup golds, an Asian Games bronze, a quota place at the Tokyo Olympics and according to ISSF, is the second-best 10m air pistol shooter in the world.

All the shooters have tried and tested their performances under heavy pressure where they succeeded with flying colours. Therefore, these four were poised to bring medals for India in Tokyo 2020.

Weightlifting’s Olympic qualifying schedule went haywire due to the Covid-19 pandemic but India’s Mirabai Chanu was a sure-shot for the Tokyo Games if they were held this year. Former World champion Mirabai currently occupies third place in the women’s 49kg world rankings following the cancellation of the Asian Championships, the last Olympics qualifying event of the continent due to the coronavirus outbreak.

Having crossed the 200kg mark twice within five months, S. Mirabai Chanu, was India’s best prospect for a medal in weightlifting in the Tokyo 2020 Olympics, who was aiming to touch the magic figure of 210kg. At the National Weightlifting Championships, Mirabai created three national records – in snatch (88kg), clean and jerk (115kg) and total (203kg) – to win the 49kg title. Her return after a long injury hiatus had created waves, and she practically had a good chance of winning a medal for India.

Other events on day 1 and possible contenders:

Women pool A India vs Netherlands 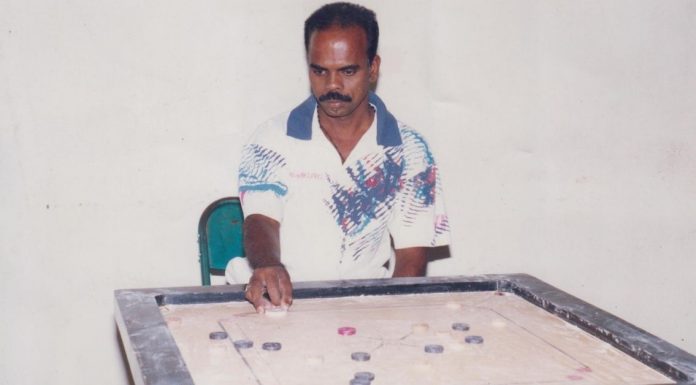