Professor Sridhar, who is chair of global health at the University of Edinburgh, said the chances of Tokyo 2020 going ahead as planned "all depends on a vaccine".

With coronavirus graphs only going upwards, the chances of Tokyo Olympics happening even next year are diminishing unless a vaccine is discovered, reports BBC.

The International Olympic Committee and Tokyo 2020 organisers held an executive board meeting this week at which they reiterated their hope the Games can be the “light at the end of the tunnel”.

However, IOC coordination commission chair John Coates acknowledged Covid-19 could still affect the rescheduled Olympics, which are due to take place from 23 July-8 August 2021.

Speaking at a news conference on Thursday, he said it could have an impact in terms of “mass gatherings or testing of athletes” and that the IOC would be be guided by the World Health Organization.

Professor Sridhar, who is chair of global health at the University of Edinburgh, said the chances of Tokyo 2020 going ahead as planned “all depends on a vaccine”.

“We’re hearing from the scientists that this could be possible. I had thought it would be a year or a year and a half away but we’re hearing possibly this could come sooner,” she said.

“If we do get a vaccine within the next year then actually I think that (Olympics) is realistic. The vaccine will be the game-changer – an effective, affordable, available vaccine.

“If we don’t get a scientific breakthrough then I think that looks very unrealistic.

“I think they’ve made the right decision in saying ‘we are going to put it back a year and re-evaluate’.

“And I think that is the only way you can deal with this situation – to take stock, to be hopeful, to support our scientific community and our NHS community to do what they can, because science in the long-term is going to be the way we get out of this.”

A nationwide state of emergency has been declared in Japan until 6 May because of the country’s worsening coronavirus outbreak.

Mori said: “Soon after the postponement of the Tokyo 2020 Games on 24 March, Tokyo 2020 established a ‘New Launch’ taskforce and we have been working since then to create a structure capable of overcoming these unprecedented challenges.

“We believe that today’s new step is an important achievement in advancing over the coming year what we have prepared over the past five to six years. We will continue to work closely with all stakeholders to ensure the success of the Games.”

Also Read: “No B Plan” for another Olympic Postponement 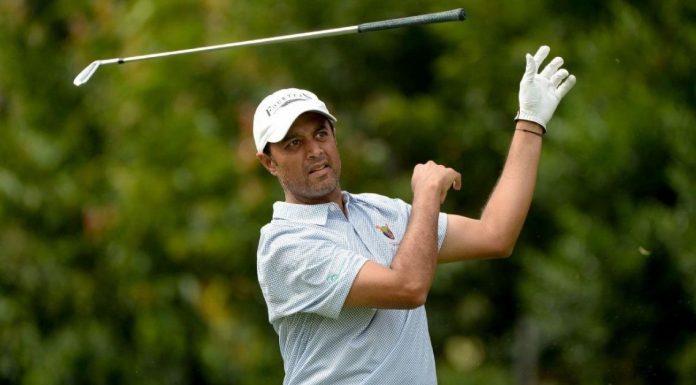 Press Trust of India - Modified date: August 2, 2020
Indian golfer Arjun Atwal landed three birdies against two bogeys for a fine +4 round that helped him rise two spots to tied 44th in the Barracuda Championships here, the only PGA Tour event to use the Modified Stable format scoring system. The 47-year-old...
Read more