Stigma, financial troubles no barrier to success for Rubina Francis 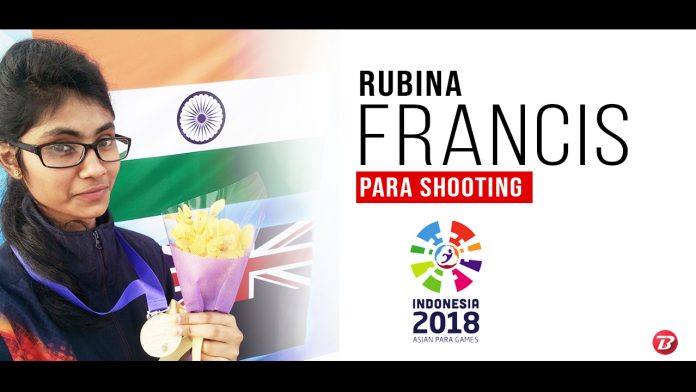 In sports, we often take the relationship between an athlete and their coach for granted. Since most of the development takes place outside the limelight, we often overlook the challenges faced by both the individuals. Instead, we only come to realize their efforts once their target is achieved.

Satyapal Singh, India’s para-athletic coach, talked about the challenges faced by a para-coach in a past interview. He believed that the very first task a para-coach has to accomplish is to convince a para-athlete to come to the stadium.

“Rubina was quite young when she started shooting,” shares Nishant, a para-shooting coach working for Gun for Glory shooting academy in Jabalpur, during a conversation with The Bridge.

“As a result, she did not have any stigma about being paralysed as such. But there are other good para-athletes around who remain in the shadows because they feel that sports and disability don’t go together. There is definitely a stigma around this. I just want to say that every sport has every kind of facility for every kind of disability. It would really help them if they pick up any sport.“

The athlete Nishant mentions in his statement is Rubina Francis. Rubina has been one of India’s best para-shooters in the international circuit in recent years. Nishant, on the other hand, was her first coach.

“It was not planned. Rubina came to us for coaching. She was a very good shooter and has been showing that lately,” tells Nishant.

The para-shooting coach himself could have been a shooter but family issues ended his hopes abruptly. Nevertheless, he found a way to remain associated with the sport he loved.

“I loved the sport (Shooting) but couldn’t continue due to some personal circumstances. But I still wanted to remain connected to the sport, in any way I could. That’s when I decided to take up coaching as a profession”

“I finally started coaching in 2014 and I have been associated with Guns for Glory ever since. My first posting was in Rajkot and then I finally shifted to Jabalpur,” Nishant continues.

“I was a bit inexperienced in Para-shooting, so I educated myself about it. I watched some videos online and learned about its rules and regulations.”

“I went through everything to identify what would be the best shooting position for her. It was a step-by-step process for both her and myself,” he says.

Like the majority of India’s para-coaches and athletes, Nishant also had to deal with a lack of support initially. However, when his disciple started to showcase her talent, assistance came on its own.

“When Rubina had started training, there wasn’t enough support available. GFG had stepped up and supported her all the way. Private funding, for that matter, did help her a lot.“

Nonetheless, he still lists down some instances where support hasn’t come through and how he, as a coach, deals with it.

“There have been some instances otherwise when a lot of there para-athletes had to back down from a competition because they didn’t receive permissions and grants from the government.”

“It is always tricky. But we have always looked for a Silver Lining. We didn’t receive grants for every competition. However, we made sure that when we do get it, we make the most of it. That was the only thing that we could do.”

“Things are finally starting to change. Now, everything is changing and the support has begun pouring in. We are also going to the Asian Para Games, as a result!” says the para-shooting coach.

Rubina has since moved to a government training facility in Bhopal but Nishant will be cheering on from the sidelines for his disciple in the coming days.

“Rubina is extremely talented. We obviously have high expectations from her in Asian Para Games, “ he says.

The Para-shooter herself was in Paris earlier this week, where she was participating in yet another tournament to prepare for the upcoming Asian Para Games. Like her first mentor, Rubina also had some nice things to say in return.

“Nishant Sir was my first-ever coach. Coaches are almost on-par with our parents. They are our guardians. Nishant Sir helped me through every curve of my life. He was my first coach and will always remain very important to me,” says a young Rubina to The Bridge. 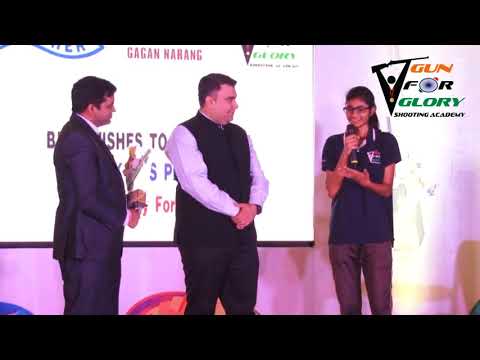 It was three years ago that the teacher and the student met, via Gagan Narang’s Guns for Glory. From then on. it has been success after success for Rubina.

“I was introduced to Guns for Glory in 2015. And from there only, I started my career in Shooting. I qualified for their programme after several trials and then went on to play both nationally and internationally soon after.”

“I realized the scope of this particular field and developed a deep interest in it. My family also supported me fully in this decision, since there was a constant flow of incoming medals. As a result, seeing my progress, my family was fully behind me.”

“It was only in 2017 when I got selected for an international event, after competing in several national ones. I have played in international competitions in Dubai, Bangkok, and Paris. And the next destination for me is Indonesia, for the Asian Para Games,” the Para-shooter remarked.

Rubina returned from Paris just a day prior and is already working towards the next big event- the Asian Para Games. The Games commence on October 6, which means that the para-shooter will get just two days to train, before heading out to Indonesia.

“I am doing my best to prepare for the Para Games. We just came back from Paris and are really tired. Nonetheless, we are ready for the next morning.”

Things could have turned out a lot different for Rubina, had her parents not supported her. However, they never stopped the shooter in her tracks and supported her in every way they could.

“Shooting is not an easy sport to afford. However, my father tried all he could from his side. That was a big support. Another thing that helped me a lot was the fact that my parents were very open-minded throughout the whole process.”

“When you are getting this kind of support, you feel validated in your choices. You feel as if you are on the right track,” states Rubina.

As she mentioned earlier, Shooting is not an easy sport to afford. The equipment itself costs a fortune. Thankfully, there was plenty of external support for Rubina to progress.

“Financial support, as I said, was one aspect that was troubling. But then, that was also covered soon after, when Guns for Glory stepped in. I then shifted to the Bhopal academy and here my finances were looked after by the state government,” says Rubina, who recently switched academies from Jabalpur GFG to the Government-run one in Bhopal.

Despite that, the para-shooters admit that the level of support received by the two categories (para and able-bodied) is not the same.

However, she does agree that the state government of Madhya Pradesh has helped her a lot.

“Yes, we do receive slightly less support than able-bodied sports. But I really don’t know how these things work, so would refrain from giving any false information. As far as the state government is concerned, they have helped me a lot,” she reveals.

Before taking her leave, the para-shooter does indeed speak about what sports mean to her.

“Sports is everything to me- my life, my career, my status – everything. Sports gave me a different perspective on things and helped me make my nation proud,” she says as she signs off.

28 chess players participated in the first ever state level chess tournament for the physically disabled conducted in Delhi.  The All India Physically Disabled Chess Association is seeking to encourage and promote talent across India
Read more
Archery

India will host the Commonwealth shooting and archery championships in January 2022 and the medals from the two events will be counted for "ranking of competing nations" at the Birmingham Games, the CGF said on 24 February.
Read more
Shooting

Asian Games and Commonwealth Games gold medallist shooter Rahi Sarnobat believes many children are inspired to take up sports in the country due to...
Read more
News

The coronavirus outbreak in China has made it difficult for the Chinese players to participate in the events that are held this...
Read more
Badminton

The first ever training camp for blind footballers in Nagaland kicked off to an enthusiastic start at the Don Bosco School Grounds in Dimapur...
Read more
129,535FansLike
11,113FollowersFollow
6,646FollowersFollow 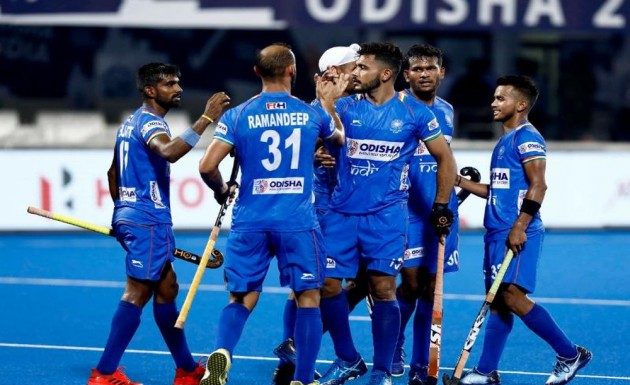