The Squash Rackets Federation of India (SRFI) has said the guidelines outlined by World Squash Federation (WSF) is not all-encompassing and it will wait for the directives from the state and central governments for resumption of the sport following the coronavirus hiatus. SRFI Secretary Cyrus Poncha and National Development Officer Harish Prasad also listed out few changes to the national circuit during a webinar on Saturday, saying all the changes would be implemented gradually once the lockdown is lifted.

The WSF has given a set of guidelines to be followed for resumption after the coronavirus-forced lockdown. Poncha listed the four-phase approach laid down by WSF and said they would adhere to these guidelines but would first have to abide by the government norms. “They are not an all-encompassing one that could work in all countries (uniformly). We are waiting for new guidelines from State and Central Governments to plan our next course of action,” Poncha said.

Among the changes to its national circuit, SRFI said it will allow girls in different age groups to compete at the U-19 level. Girls in the age-group of U-11, 13, 15 and 17 can take part in one more category, U-19, apart from their own age groups. “This will not be applicable to boys as of now,” said Poncha.

Intra-city schools championship for boys and girls will be held in districts and cities across the country as and when the situation gets better. Further, closed state championships, which earlier had 2-star rankings points will carry only 1-star now. Poncha said the national circuit will continue to be suspended as the SRFI does not want to compromise the health and safety of their players, fans and tournament staff.

Poncha also said there will be no change as of now in the dates and venues of the national junior/sub-junior championships (scheduled in Mumbai from October 31 to November 6). “The SRFI rankings till April have been frozen, and an updated rankings list will be released after the junior nationals,” he said. “Players can withdraw their entries three hours (6 pm) prior to closure (9 pm).”

Asked what SRFI had planned for the elite players like Saurav Ghosal and Joshana Chinappa, Poncha said he was in touch with the senior players and had a meeting to discuss with them on plans for 2022 Commonwealth and Asian Games. With regard to their fitness regime, the players were exercising and training on their own and doing their best under these stressful circumstances, he added.

Read Also: Squash star Joshna on road to self discovery in lockdown 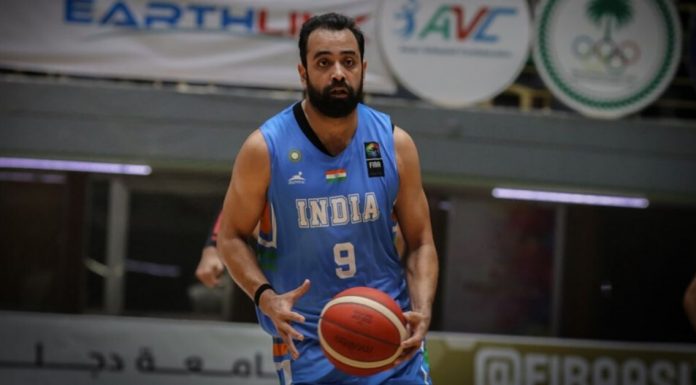 Press Trust of India - Modified date: July 5, 2020
There is no dearth of talent in India according to men's basketball captain Vishesh Bhriguvanshi, who feels the advent of a professional league will give the national players an opportunity to prosper in the sport. With the unprecedented success of the Indian Premier League (IPL)...
Read more