Looking beyond the Tokyo Olympics, Rijiju suggested that certain policies have been added to ensure sporting success for the country by conducting several university, school, and youth level games. 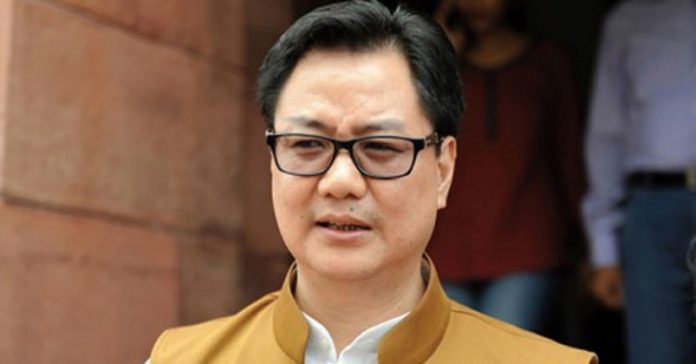 Depending on his trusted foresight, the Sports Minister of India, Kiren Rijiju has stressed that the true sporting talent of India is ought to be identified and proper time and planning should be implemented to be nurtured for Paris and Los Angeles Olympics. Looking beyond the Tokyo Olympics, he suggested that certain policies have been added to ensure sporting success for the country by conducting several university, school, and youth level games.

Stressing on the importance of putting systems in place, Rijiju, at the inauguration of the 80th All India Inter-University of Health Sciences and Alva’s Education Foundation, said that the Khelo India Games in Guwahati, university games in Bhubaneswar, Odisha, followed by Khelo India school games will witness a complete spectrum of sporting events that will help identify Olympic potentials. This will directly augment the active participation among youth of the country and enhance the sporting culture, according to Rijiju.

As reported in the Times of India, Rijiju stressed that one cannot produce champions overnight and talent needs to be nurtured right from the grassroots and taken up to the Olympic level. Demonstrating that it usually takes a cycle of at least eight to ten years to match it up to the Olympic level, he told reporters: “As a nation of young people, India cannot content itself with just one or two medals at the Olympics.”

He added that the ministry is doing its bit to ensure that the country’s athletes selected or ones who will be selected for the Tokyo 2020 Olympics are provided with the best possible training and high-end facilities. Furthermore, he has made an appeal to all members of parliament, irrespective of their age to play or support any sport of their choice which, he believes, will elevate the country’s approach towards sports in general. Talking about India’s sporting success in general, Rijiju avered that it is important for the country to encourage participation in sports if it wants to be a ‘fit India’ and not remain ‘unfit India’. “It is also my appeal to corporate India to join this endeavour and become part of the Fit India movement mooted by the PM,” Rijiju said.

Urging all state governments to implement favourable sports policies, Rijiju said his ministry has decided that no athlete who has represented India at the highest level is forced to endure a life of penury. He said, “We will help them by way of providing them with medical aid to self and their family.” Sarah Waris - January 17, 2020
The Indian men's hockey team will be unable to participate in the upcoming edition of the Sultan Azlan Shah Cup that will be held in Ipoh, Malaysia as the tournament will clash with the side's preparations for their Pro League matches. The...
Read more