Bengal girl Ayushi showcased acumen with her weapon when she won the silver medal in the team event of 50m 3 Positions Rifle event at the recently concluded 14th Asian Shooting Championship. 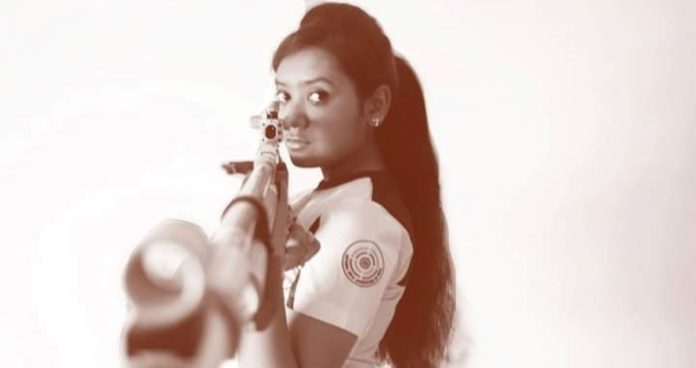 With her eyes firmly set on the target, teenager Ayushi Podder is unleashing her firepower way up through the rankings in the Indian shooting fraternity. The Bengal girl showcased acumen with her weapon when she won the silver medal in the team event of 50m 3 Positions Rifle event at the recently concluded 14th Asian Shooting Championship in Doha, Qatar. For Podder, it is just another milestone she conquered as there’s no stopping for her. Right after flying back to Delhi from Doha, Ayushi took part at the All-India Inter-University tournament happening at the capital on the same day. Though she felt the schedule was a bit hectic, she says it was part and parcel of an athlete’s life.

“We reached Delhi at 2 in the morning and leaving the airport by 5, we could barely sleep for two hours and took part at the University tournament that day. We overcame the challenge I won a bronze at the individual event and a gold and another bronze in the team event,” Ayushi quips in a conversation with The Bridge.

Hailing from Sheoraphuli, a suburb situated near Kolkata, Ayushi’s tryst with shooting began when she was in the eighth standard in 2014. It was under the tutelage of her father, Pankaj Podder, she held her first rifle. Pankaj, who is an Office Superintendent in the Eastern Railways and is a member of the Indian Railways Shooting team runs a shooting academy by the name ‘Bull’s Eye’. His watchful guidance proved to be the cornerstone of Ayushi’s success. She says “From my childhood, I can see my father shooting. Though I was initially not interested in taking up the sport, my father urged me to give it a try. As soon as I started shooting, my interest picked up.”

Her rigorous training paved the way for her success as just seven days of training paid dividends when she went on to win a gold medal at the West Bengal State Shooting Championship. She shot her way to success early and then there was no turning back. Her exploits at the state championships further took a flight by successive medals at the Pre-Nationals, and then the Nationals in December, where she picked up a silver medal at the individual 50m Prone event.

The streak of successful performances earned her the coveted spot at the National camp the same year. The breakthrough moment in her career came in 2015, when in September she went on to participate at her maiden international tournament – the 8th Asian Airgun Championship, which was held in New Delhi. Picking up medals had become a habit for Ayushi, who topped the MQS Youth Category with a Score 408.8. In 2016, she went on to participate at the ISSF Junior World Cup in Suhl, Germany where she won the Gold Medal in 50m Prone team event with a score of 611.3. Though 10m Air Rifle is her pet event, she also participates at the 50m Prone and 3 Positions events. She says:

In the national camp, she trains under coaches, former shooters Deepali Deshpande and Suma Shirur. However, she believes her performance could have further excelled if more time could be given to her under the national coaches and if there is a way her personal coach and national coach works together. “Since I have trained under my father most of my life, he knows how to handle me better and tell me which areas I should focus more. However, the short period we stay with our national camp coaches doesn’t always help us build the understanding.”

Ayushi, who is pursuing her graduation in Public Administration from DAV College in Chandigarh equally focussed on her studies and says her school has been supportive to her and has given the flexibility to continue the sport parallelly with her studies and she gets the special provision to take examinations when she is participating in a tournament. The 19-year-old looks up to Anjum Moudgil, who is her favourite when she needs inspiration.

The athlete has been associated with Lakshya Sports and Sony Pictures Network Sponsorship programme for the past one year, and she hopes to make a smooth transition to the senior level within a year by picking up more medals. Ayushi, who is now in Mumbai, will be returning her native town soon and will be beginning her preparations for the Nationals which will be held next month.

We thank Mr. Vishal Sharma, the PR person of Ayushi Podder to assist us with the exclusive interview.

AITA amends constitution to fall in line with Sports Code 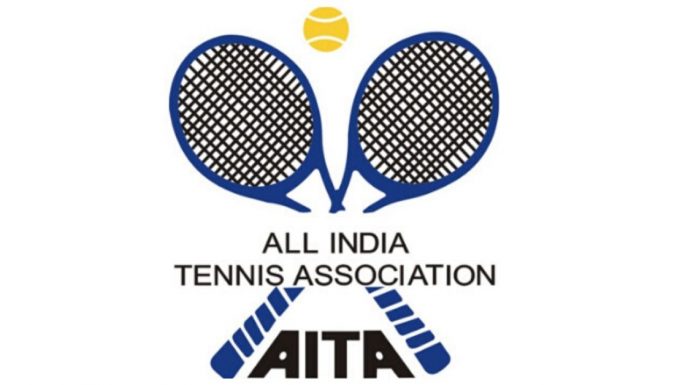